THEATRE
WHEN THE LIGHT LEAVES
★★★
La Mama Courthouse
Until June 23

Voluntary assisted dying laws come into effect in Victoria from June 19. They will be the culmination of years of impassioned advocacy and public debate, without which the legislation may not have struck such a stringent balance between protecting the vulnerable, recognising conscientious objections from health workers and institutions, and helping some terminally ill patients to die in a manner of their choosing. 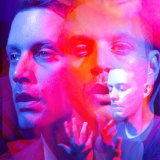 When The Light Leaves, at La Mama until June 23.Credit:

Theatre has played a small but significant role in this process, through works such as Michael Griffiths’ The Magnolia Tree at La Mama, which asked audiences to vote on the subject, or Dicing With Doctor Death – a show at the 2017 Melbourne International Comedy Festival launched by prominent euthanasia activist Philip Nitschke.

Rory Godbold’s When The Light Leaves focuses on dramatising the terrible dilemma facing those with limited options for end-of-life care. It’s a moving and nuanced four-hander, featuring elegant design and emotionally charged performances.

Dan (Tomas Parrish) is only 34 and has been diagnosed with inoperable brain cancer. His loved ones – partner and soon-to-be-husband Liam (Leigh Scully), and elder sister Kate (Veronica Thomas) – try to make his last days easier and cope with impending grief themselves. Meanwhile, Dan meets his palliative care nurse (Michelle Robertson), probing her for answers about death and dying.

As the disease progresses, Dan decides to acquire Nembutal illegally, hoping to take matters into his own hands when he feels the time has come. But the lack of support for his choice leaves Dan’s final hours as horrific as they could be for everyone involved.

Director Jayde Kirchert gets authentic, intensely felt performances from the cast, as anyone who has been touched by a similar scenario will readily appreciate. There’s an emotional clarity to them, too, a zest for life that anchors the disorientation created by scenes that zigzag wildly back and forward through time.

There are a few moments where artistic truth needs more craft to emerge fully from harrowing human experience, but the play is stronger for portraying, without fanfare, how both sides of the assisted dying debate seek to affirm life and love. It doesn’t cut corners on the suffering involved, nor succumb to sentiment as it comes down firmly on the side of respecting free choice.

06/13/2019 Lifestyle Comments Off on Review: When The Light Leaves
Recent Posts