The San Diego Loyal soccer team walked off the field halfway through its USL Championship match against Phoenix Rising after an alleged homophobic slur was directed at Loyal midfielder Collin Martin, who is openly gay.

The incident occurred at the end of the first half with Loyal leading 3-1, resulting in a heated argument between the managers of the two teams. The San Diego players emerged for the second half but took a knee and then left the field.

Loyal last week forfeited a match against LA Galaxy II after a racial slur was directed at midfielder Elijah Martin by Omar Ontiveros, who has since been suspended by the league. The Galaxy has since mutually agreed to part ways with the defender. 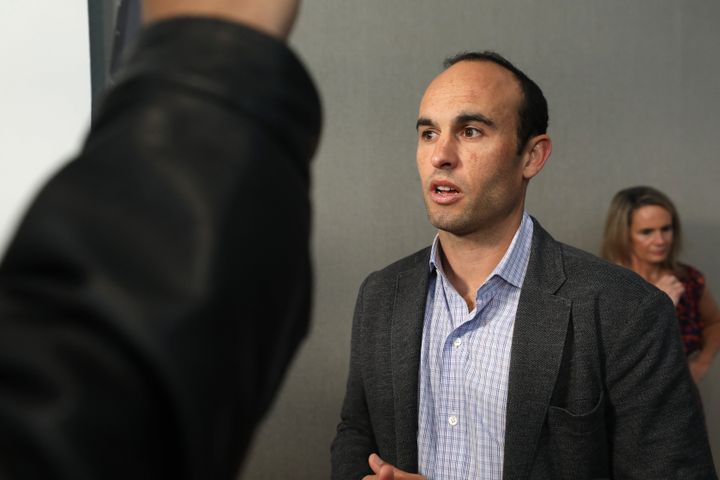 “We went through a really hard incident last week and we made a vow to ourselves, to our community, to our players, to the club, to USL that we would not stand for bigotry, homophobic slurs, things that don’t belong in our game,” Loyal manager Landon Donovan said.

“Last week our one regret was we should have done something in the moment when Elijah was racially abused. That was our regret. I wish we had done something.

.”..Our guys, to their credit, said we were not going to stand for this. They were clear in that moment that they were giving up all hopes of making the playoffs, even though they were beating one of the best teams in the league.”

Rising midfielder Junior Flemmings said in a statement on Twitter that he was the player accused but labeled the accusations false.

“At no point did I say a homophobic slur towards Collin Martin. I do not know Collin personally, but I respect all of my opponents equally, Collin included,” Flemmings said. “I stand in solidarity with the LGBTQ+ movement.”

The USL, which is the country’s second-tier competition below Major League Soccer, said it was aware of the incident and would investigate the matter.

10/01/2020 Lifestyle Comments Off on San Diego Loyal Walks Off Field Over Opponent’s Alleged Homophobic Slur
Recent Posts
We and our partners use cookies on this site to improve our service, perform analytics, personalize advertising, measure advertising performance, and remember website preferences.Ok