This article contains major spoilers for the final episode of Younger.

You know that feeling when you’re in a relationship that’s well past its use-by date, but you stay and desperately cling on to the things you once loved, hoping they’re still there underneath all the bitterness and pain? Then someone gets brave and pulls the plug and you’re finally free from your misery?

That’s exactly how the last season of Younger felt. 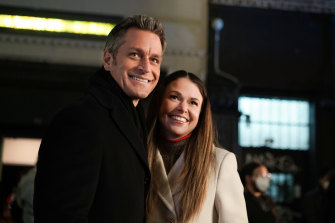 Will they or won’t they? Charles (Peter Hermann) and Liza’s (Sutton Foster) relationship reached a new level of uncertainty in the final season. Credit:Stan

The finale has aired, and the most overwhelming emotion I feel is relief. The last season, number seven, was pretty excruciating. Characters repeated old mistakes and acted inexplicably, plotlines ranged from the tedious to the downright baffling, and the humour and send-ups of current events that once seemed fresh and fun now felt as stale as that cupcake on Charles’ desk in season four (I mean, an unhinged Greta Thunberg parody? Really?).

Looking back, Younger hasn’t been really good for at least three seasons. When Liza’s secret started to feel stretched too thin, so did the show. Once it was finally revealed, it was like they didn’t quite know what to do, and the subsequent seasons have just been prolonging the inevitable.

It’s frustrating, because when Younger was good, god, it was good. Soapy, frothy, ridiculous, rom-commy good. There was all the tension around Team Charles and Team Josh, of course, and for a long time they both seemed like excellent candidates for Liza’s heart (and other parts). The chemistry Sutton Foster, who played Liza, had with both Peter Hermann and Nico Tortorella, who played Charles and Josh respectively, was electric, and each relationship had just the right amount of reasons it worked and forbidden elements to feel really, really hot. 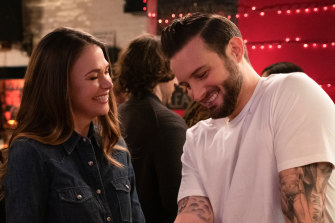 Liza and Josh’s chemistry was palpable all series, but he barely factored in the final season. Credit:Stan

Still, despite all the attention the romances got, the strongest throughline of Younger was always the female characters and their friendships. What made the final season almost unendurable was the way these elements – the romance, the friendships – played out. Or in some cases, didn’t.

The absence of Miriam Shor’s character Diana Trout, caused by scheduling and COVID-related matters according to show creator Darren Star, was season seven’s most egregious issue of all. We see her on Zoom halfway through the season and then she’s basically never mentioned again – there wasn’t even a nod to her in the finale, which is frankly offensive to the character and Shor’s incredible work. 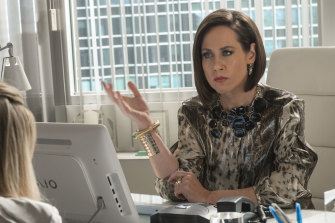 The biggest problem with season seven? The lack of Diana Trout. Credit:Stan

As for the other women, well. Maggie’s (Debi Mazar) storyline this season, in which she’s accused of being a transphobe by the woman she then goes on to very suddenly fall in love with, was unpleasant and left a bitter taste. Lauren (Molly Bernard) taking Diana’s place at publishing company Empirical made no sense because that’s not how jobs work – though, to be fair, that’s never mattered on this show.

Meanwhile, Hilary Duff’s Kelsey flip-flopped all over the place and repeated old mistakes. The highlight of her storyline was the app she was developing with Liza, which felt like a good career move for both of them as well as a nice display of their professional and personal connection. Darren Star reportedly had plans to base a spin-off on Kelsey, which might be the reason he separated her, professionally, from Liza in the end.

That decision came at a cost: Liza’s character and story arc suffered. After a season of trying and failing to move on from Charles, Liza enters the finale happily coupled up with him once again. So coupled-up, in fact, she wouldn’t dream of leaving him or Empirical. She simply bows out of her business partnership with Kelsey, and her connection with the app.

It doesn’t help that Charles has been acting like an absolute jerk all season. Liza and Charles are not good for each other, with any chemistry they once had replaced with a nastiness that makes their relationship unsustainable. When they split up towards the end of the episode, it’s a relief – but it also means the whole season’s focus on their connection was pointless. His making her the editor-in-chief of Empirical after their split feels unearned – both within the narrative and as a plot point.

And where is Josh in all of this? Good question, me. He’s been mostly absent all season, which was disappointing in itself but even more so in hindsight. Because, of course, we end where we began: with Liza in a denim shirt, waving her shoe at a bartender, and Josh sidling in to flirt and smile and show that he is, actually, the one she’s meant to be with. It’s a sweet ending, and feels right for Liza – or at least it would, if her connection with Josh hadn’t been entirely ignored all season.

This, then, also feels unearned. As every rom-com fan knows, a last-minute plot twist is never going to be as satisfying as a sustained and thoughtful build-up of a relationship. Liza may have got her happy ending, but what led us to this point rendered it hollow.

Younger was never meant to be taken too seriously; it was always just a good time. Unfortunately, in its final season, it wasn’t even that.

All episodes of Younger are avaible to watch on Stan (which is owned by Nine, the owner of this masthead) now.

06/11/2021 Lifestyle Comments Off on Seven seasons later, Younger is over – and all I feel is relief
Recent Posts