A parliamentary inquiry investigating the closure of a food company accused of infecting an elderly woman with listeria has found government officials didn’t deliberately omit evidence.

The “slug gate” inquiry into Dandenong-based catering company I Cook Foods has returned five recommendations, including that body cameras are worn during food-safety inspections and that the department ensures food is always tested in listeria investigations. 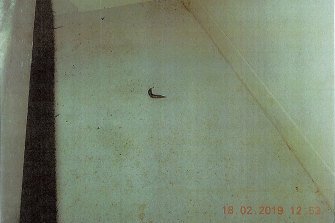 The slug the caterer claims was planted in his kitchen as part of a targeted attack.

The inquiry was reopened in June following media reports that the Health Department was warned 86-year-old Jean Painter, who died while a patient at Knox Private Hospital, may not have eaten food from I Cook Foods just hours before it shut it down in February 2019.

Signing off on the shutdown, Brett Sutton, who at the time was acting chief health officer, said the infection was linked to sandwiches provided by I Cook Foods.

Committee chair and Reason Party MP Fiona Patten said in the report that the omissions of evidence published in the media led to considerable confusion and the reopening of the inquiry.

“[However], the committee’s investigations found that there was no reason to believe that evidence from Department of Health officials deliberately intended to obstruct the inquiry,” she said. 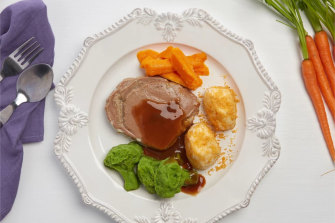 A photo of an I Cook Foods meal from the company’s website.Credit:I Cook Foods

“This inquiry is a timely reminder that witnesses – particularly officers of government departments – should be properly prepared when giving evidence to a parliamentary inquiry.

“[They should] ensure that committees are made aware as soon as possible when new information comes to light.”

The evidence omitted included a report provided to the department by former Knox Council employee Ray Christy that found six caterers supplied food to the hospital kitchen, yet only one was investigated.

The report also said Mrs Painter was eating only soft foods at the time, a type of meal I Cook Foods didn’t make.

“[I’m] unequivocally certain the patient did not eat sandwiches prepared by I Cook Foods,” Mr Christy told the inquiry.

Another allegation first aired in the media and considered by the inquiry was that Kim Rogerson, an environmental health officer with Dandenong Council until 2019, had been pressured by the authority into amending her reports to portray I Cook Foods as an unsanitary workplace.

She told the inquiry she observed a colleague, Elizabeth Garlick, editing a photo that depicted a slug in the kitchen, which the caterer alleges was planted by the council worker to justify closing it for a month in February 2019.

I Cook Foods owner Ian Cook denies the infection was linked to his business and is suing the council and Health Department for more than $50 million in damages.

He claims the council targeted his business because it and chief executive John Bennie were stakeholders in rival catering company Community Chef.

Mr Cook has cited CCTV images showing Ms Garlick standing for 17 seconds in the corner of the kitchen where the slug was later photographed.

Ms Patten told the inquiry in August: “We’ve all become quite confident that [that photo] was doctored.”

However, in the new report, Ms Patten said allegations that evidence was tampered with and of workplace culture issues at the council were outside the committee’s remit and the police and corruption agencies were better placed to investigate them.

The Legislative Council legal and social issues committee made 14 findings and five recommendations.

These included that the department changes its protocols to ensure food is always tested in listeria investigations, that body cameras are worn during food safety inspections and that agencies are provided with written instructions on any food safety investigations.

It also recommended that the Auditor General’s Office undertake an audit of food safety regulations in local councils and that the government amend the Food Act to require an investigating authority to provide an evidence report when closing a food business.