THE Sol Amps Air Plus wireless earbuds look to rival the Apple Air pods at a similar price point.

But how do they fair in real-world testing? We put them to the test. 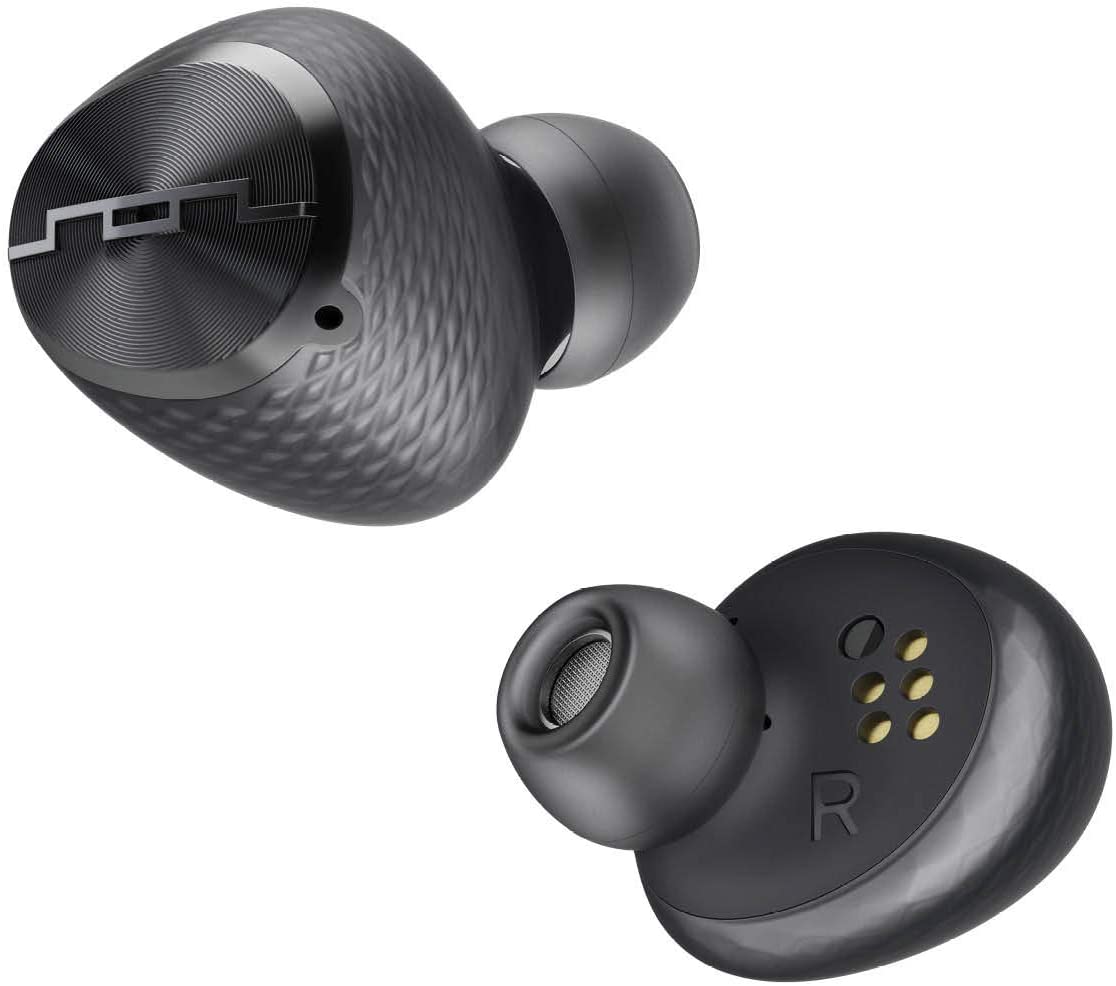 The wireless earbud market has taken off in a big way since Apple first launched its Air Pods with Beats by Dre, Sony and Philips all throwing their hats in the ring as contenders.

But one name you might not have heard of yet is Sol Republic.

Having tested a wide range of earbuds over the years, we reckon these might be worth your consideration if you’re looking for a pair of do-it-all headphones.

In our experience, wireless earbuds tend to fall into two camps: those that you’d wear on your commute or on a walk about town, and those you’d wear when you’re exercising.

It’s quite hard to find a pair of earbuds that will do both well (unless you’re one of those lucky people whose Air Pods don’t fall out the second they accelerate to a jog).

But over a couple of months testing the Sol Amps Air Plus earbuds, we found they were comfortable and light enough for commuting, but also a secure enough fit for running and workouts in the gym.

They're IPX5 rated for water resistant too, so they should stand up to sweat and drizzle.

As ever with headphones, you’d have to try out a pair yourself to see if they’re a good fit for you, but after scanning around the web, other reviewers praise the fit also, meaning that if you’ve got awkward shaped ears that reject ordinary Apple headphones, these could be worth a look. 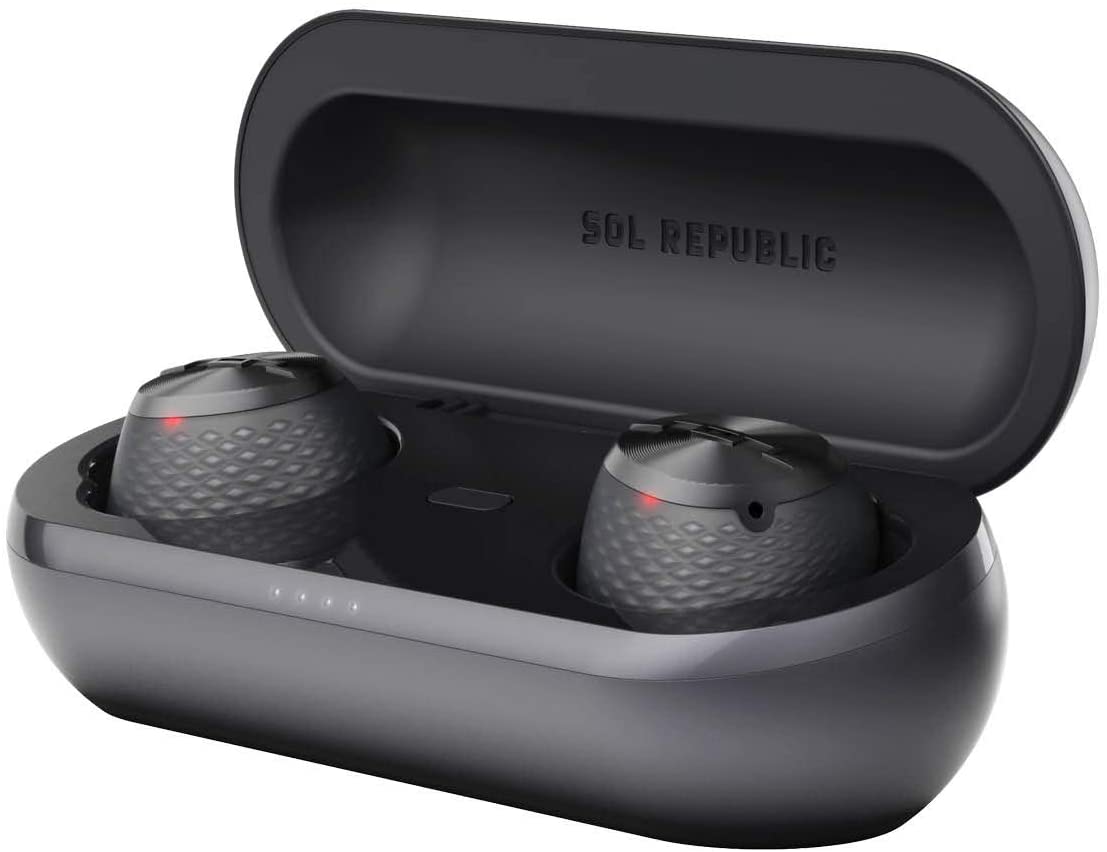 We compared the sound of the Sol Amps Air to a few other pairs of wireless headphones and found the sound to be decent without being spectacular.

The sound is clear but focused on treble and sometimes strays towards the tinny end of the spectrum.

For our money, both our Powerbeats and RHA headphones offered a more balanced sound at a similar price point.

We weren’t blown away by the noise cancelling feature either.

The difference in background noise when noise cancelling was active wasn’t massive. Don’t expect these to block out your surroundings like a good pair of over-ear headphones will.

The infrared sensors that pause your music when you take your headphones out work well most of the time and the touch controls are serviceable without being amazing.

A mark in the Sol Amps’ favour is the Bluetooth connectivity which we found to be flawless throughout testing (tested with an iPhone 8), something that’s not a given for challenger brands. 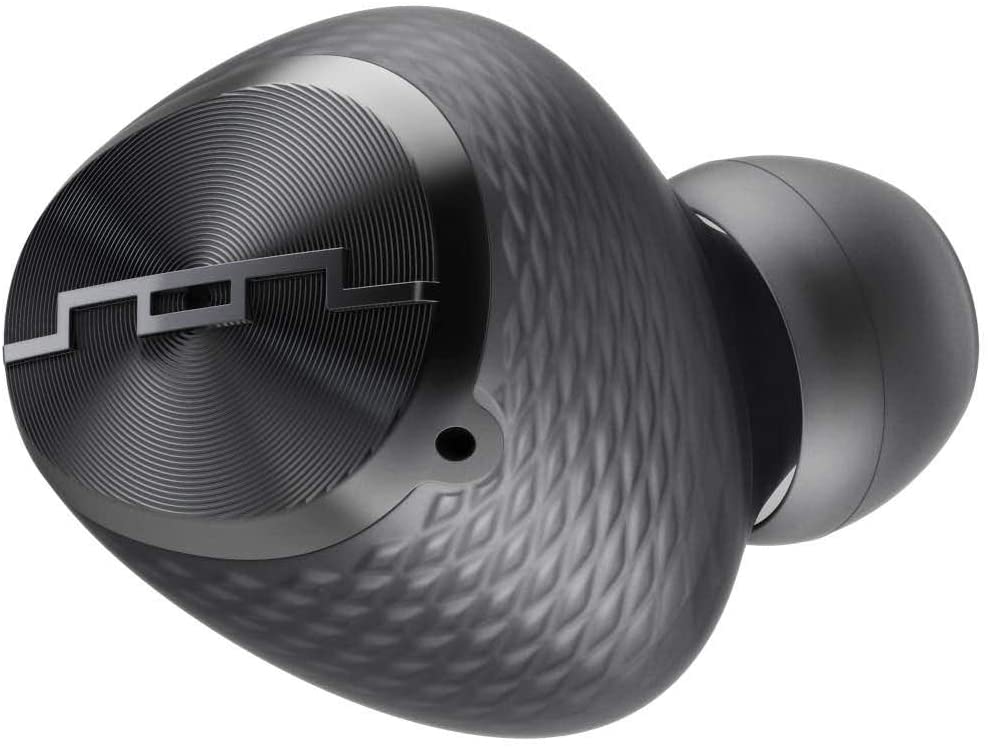 Sol Republic say that these headphones will last for five hours with the active noise canceling turned on, and eight with it turned off.

The charging case should provide you with two additional charges when they're replaced after wearing, taking the total up to a potential 24 hours.

We haven’t run them from full to flat, but we’ve taken them running three times a week for the last couple of months and we can’t remember the last time we had to plug them in for a recharge.

The battery on these should last you well enough if you’re not planning on long-haul flights, and even then, you’d struggle to find wireless earbuds that would last much longer on a single charge.

Overall we’ve become fans of Sol Amp Air Plus purely because of their versatility.

We’ve got lots of headphones lying around the place, but we found we kept reaching for the Amp Airs because they get the job done whatever we’ve got planned.

Whether we’re heading out on a run, going to the gym or just nipping down the shops, you can wear these earbuds and forget they’re there for the next couple of hours.

Do they offer sound that audiophiles will appreciate? Not really. Are they packed with clever features? Nope.

But the battery’s decent, the sound is plenty good enough, the connectivity is perfect and we’ve not run into a single technical issue the entire time we were testing.

That’s an undervalued feature in Bluetooth earbuds where you’ll find issues around every corner with lesser brands.

The price is a little rich for us (the RRP is £179.99) but if you see these hovering around the £100 mark in a sale, we reckon that’s more than a fair price for what you’re getting.

Looking for a new games console? We've picked out the best deals on the Xbox One here.

If you want to boost your broadband, here's the best broadband providers in the UK.

If you're in the market for a new printer, check out the best cheap printers.

Related posts:
06/29/2020 Lifestyle Comments Off on Sol Amps Air Plus review | The Sun UK
Recent Posts
We and our partners use cookies on this site to improve our service, perform analytics, personalize advertising, measure advertising performance, and remember website preferences.Ok