After Duchess Meghan revealed to the world she was previously suicidal, “Good Morning Britain” host Piers Morgan said to the millions of people watching his program: “I don’t believe a word she says.”

On Wednesday it was announced Morgan had left the show, though he stood by his comments, tweeting that “On Monday, I said I didn’t believe Meghan Markle in her Oprah interview. I’ve had time to reflect on this opinion, and I still don’t.”

On social media, users referred to Meghan’s interview as a “performance.” She was called a “cryaby,” a “liar,” “manipulative” and “narcissistic.”

“It’s collective denial. People do not want to believe the truth, which is that 12 million adult Americans have serious suicidal thoughts every year. Meghan is one of them. I thought she was as believable as any patient I’ve ever talked to,” said David Jobes, director of the Catholic University of America’s Suicide Prevention Lab and creator of CAMS – Collaborative Assessment and Management of Suicidality – widely regarded as one of the most effective approaches to treating suicidal patients. “It’s the most profound suffering a person can go through, to feel so trapped, to feel as though you’re such a burden that you have no way out and the only solution you can think of is to die.”

The vitriol directed at Meghan reflects a larger cultural problem with disclosures of suffering, trauma and discrimination, and underscores why many people are so reluctant to speak about their experiences. People who have survived suicide attempts or suicidal thoughts, who have survived sexual violence or live with relentless racial trauma often suffer in silence. When they do speak out, they are frequently blamed, maligned or disbelieved.

On social media, some users noted that when someone posts a disparaging comment about Meghan, it’s not the duchess who will fixate on it, but the people in that person’s social circle, and they will be far less apt to reach out to that person for help.

Rep. Alexandria Ocasio-Cortez opened up about her traumatic Capitol riots experience during an Instagram Live.

“Trauma is hard to grapple with,” said Jennifer Gómez, a psychology professor at Wayne State University. “It is difficult to hold in our minds that we live in a world depraved enough for rape and violence to be as common as it is. It can be easier to deny that reality – perhaps especially for people who are less likely to experience such traumas, such as white, straight, rich, cis men.”

In depth: We tell suicidal people to go to therapy. So why are therapists rarely trained in suicide?

Experts say gender also plays a role in who we believe. Clinical psychologist Seth Gillihan says there’s a long history even within the mental health field of seeing women as “hysterical” and “overly emotional.”

Invalidating reactions to someone’s suffering can have significant mental health impacts. Disbelieving trauma survivors can be re-traumatizing, experts say. For people struggling with suicidal thoughts, lack of supportive connections and social supports can lead to death.

“It shames them and thus silences them, which is the exact worst possible reaction in terms of ever preventing a suicide,” Jobes said.

Gillihan said sometimes people don’t want to believe others are in pain because it’s more comfortable to deny their experience.

“It’s actually rather inconvenient to acknowledge another person’s suffering, because most of us as humans feel compelled to do something when someone is suffering,” he said.

Suicide prevention experts laud Meghan for talking openly about suicide, and say her interview is an important cultural moment for normalizing a topic that is typically shrouded in secrecy. 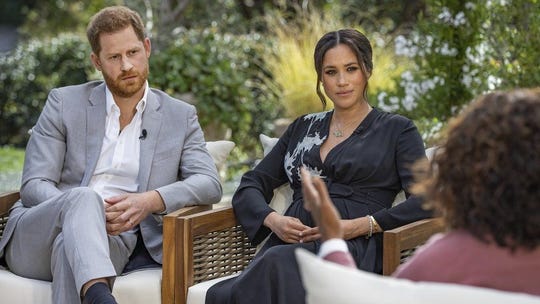 Suicide prevention experts: What you say (and don’t say) could save a person’s life

“Ostensibly we all wanted to hear what the duchess and Harry had to say, to hear their truth, but when they finally told us some of us didn’t want to believe it,” Jobes said. “This is a chance for us to capitalize on this. We shouldn’t turn away, just because it’s hard to hear.”

If you or someone you know may be struggling with suicidal thoughts, you can call the U.S. National Suicide Prevention Lifeline at 800-273-TALK (8255) any time day or night, or chat online.

For people who identify as LGBTQ, if you or someone you know is feeling hopeless or suicidal, you can also contact The Trevor Project’s TrevorLifeline 24/7/365 at 1-866-488-7386.

The Trans Lifeline is a peer support service run by trans people, for trans and questioning callers.

03/10/2021 Lifestyle Comments Off on Some people don’t believe Meghan was suicidal. Why that’s so dangerous.
Recent Posts