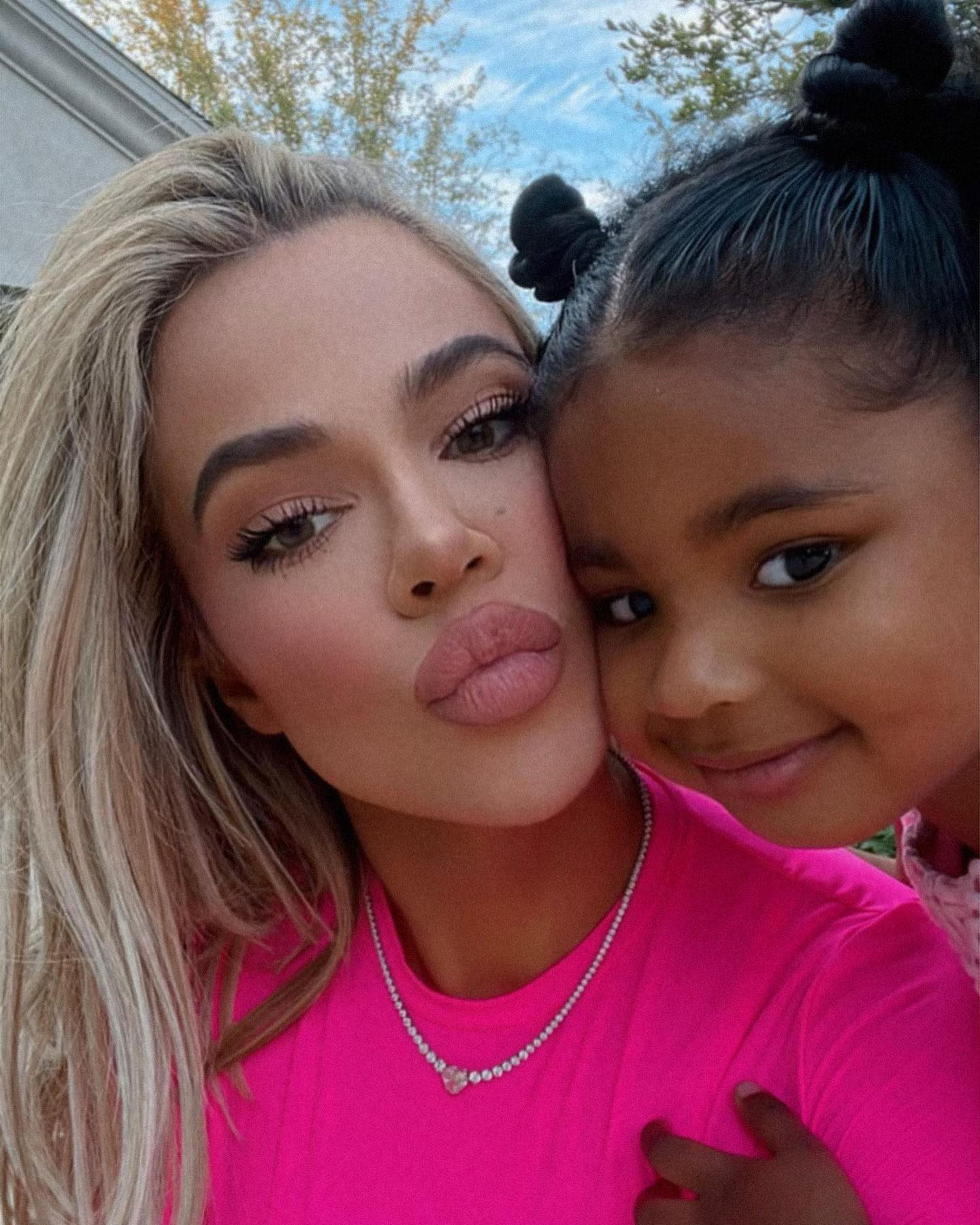 New milestone alert! Khloé Kardashian got emotional while 4-year-old daughter True headed off for her first day of pre-k.

The reality star, 38, celebrated her little one in a big way, going all out with a colorful balloon display that read “First Day of Pre-K” in huge letters. “First day of school for True. Thank you @khloekardashian for including us in this special day,” the brand Balloon & Paper captioned a carousel of photos of the decorations on Thursday, September 22.

Kardashian chimed in with a sweet message in the comments section, writing, “Im still crying that she’s in school 🥹🥹🥹🥹🥹🥹🥹🥹🥹🥹 thank you for making this day so special.”

The Good American cofounder previously gushed over her daughter in an Instagram Story, reposting another set of images from the balloon company and adding that she is “not OK.”

The Keeping Up With the Kardashians alum became a mom in April 2018, welcoming True with off-on boyfriend Tristan Thompson. The little one’s arrival was clouded by controversy as the NBA player, 31, was caught cheating on Kardashian with multiple women shortly before she went into labor. Though they initially stayed together, the pair called it quits in February 2019 after Thompson kissed family friend Jordyn Woods. 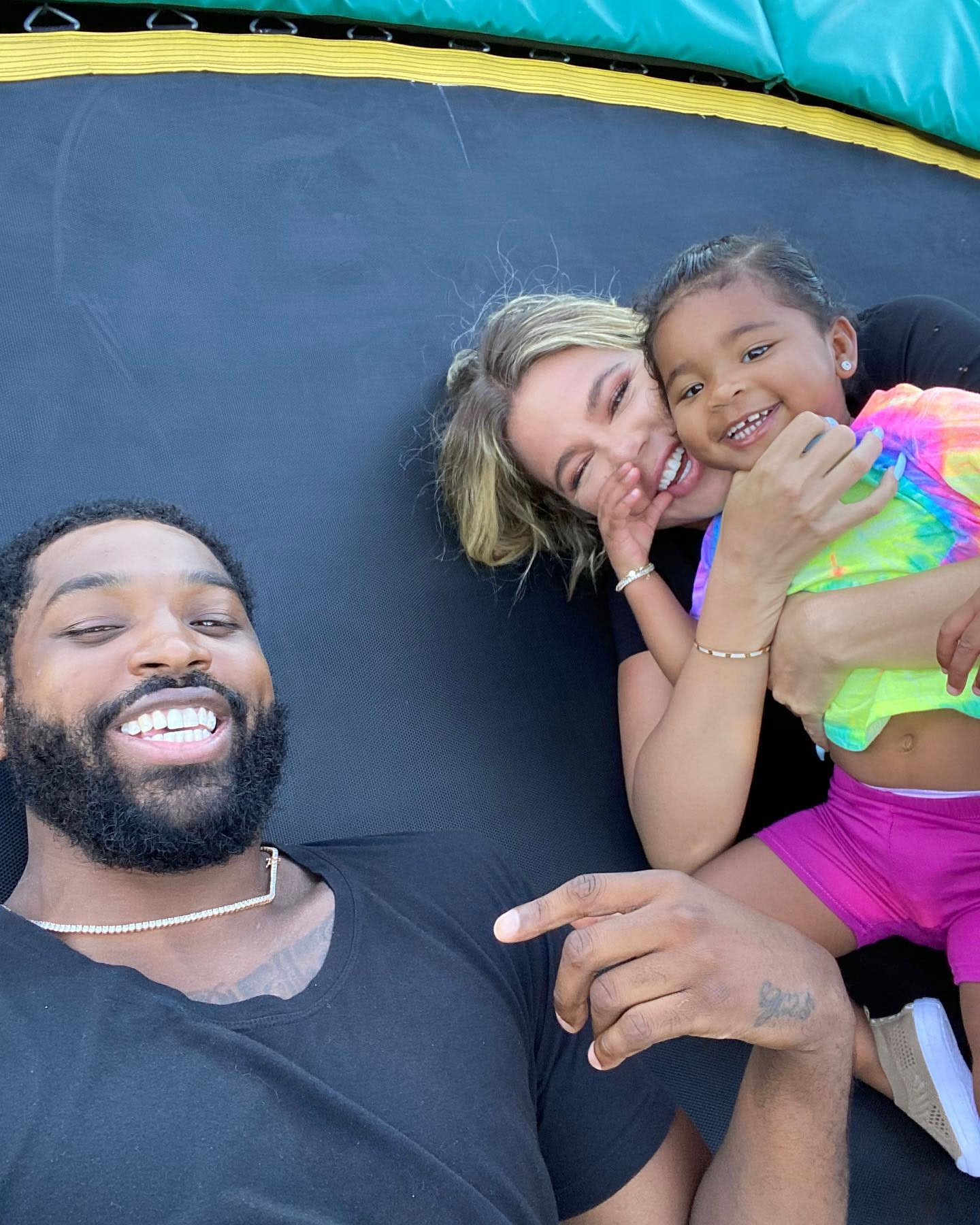 “It’s not easy for me,” Kardashian admitted of coparenting with the athlete during an October 2019 episode of Jay Shetty‘s “On Purpose” podcast. “It would be easier for me to keep my daughter away and be like, ‘No, because you hurt me.’ But he never hurt True. Him and I have our own relationship, and then Tristan and True have theirs. I will never come in-between that, I don’t believe in that. … If it’s not hindering you or hurting you in any way, I think it’s important to work on all relationships.”

Us Weekly confirmed in August 2020 that the Hulu personality and the Canada native rekindled their romance during the COVID-19 lockdown and were hoping to give True a sibling. However, the twosome called it quits the following year.

Thompson again sparked controversy in December 2021 after news broke that he was being sued for child support by Maralee Nichols, who claimed she was pregnant with his child. She welcomed son Theo that same month, and Thompson confirmed his paternity in an Instagram Story in January.

“I find out what Tristan is doing with the rest of the world. A courtesy would be not doing it. But fine, if you do it, you are not even going to give me a f—king heads-up before the rest of the world?” the Strong Looks Better Naked author revealed during season 1 of The Kardashians in June. “It is just an additional slap in my face. It is humiliating. I am embarrassed. I would prefer to be alone than to be around people.”

When Did Khloe and Tristan Decide to Have a 2nd Child? A Timeline

One month after the drama played out on screen, Us confirmed that Kardashian and Thompson were expecting their second child together via surrogate. Along with True and Theo, 9 months, the basketball star shares son Prince, 5, with ex Jordan Craig.

In August, a source revealed that Kardashian’s surrogate had given birth to a baby boy. “Both baby and mother are very happy and healthy. Khloé is so thrilled to expand her family,” the insider told Us at the time.

When The Kardashians returned for season 2 on Thursday, viewers saw the former Revenge Body host preparing for her son’s arrival — and dealing with the fallout of Thompson’s scandal. “Ever since December, it’s been this dark cloud looming over me,” she said. “Every single day, I’ve been feeling depressed and sad, and now that my son is here, I get to move on, and I get to enjoy. It’s almost like I get to close that chapter and be done with this trauma and put it behind me. Now I finally get to start the healing process. Now I get to start enjoying my life with two kids in it and figuring this out.”