A beloved New Jersey history teacher is going to be “in the room where it happens” — and it’s all thanks to his students.

Tom Corby, a history teacher at New Egypt High School in New Egypt, New Jersey, has entered the “Hamilton” lottery to try to win tickets to the acclaimed musical every single day for the past 4 years, but never won.

This week, Corby’s dream became a reality when 30 students from his AP Government and AP U.S. History classes surprised him with two tickets to the show as an end-of-year present. 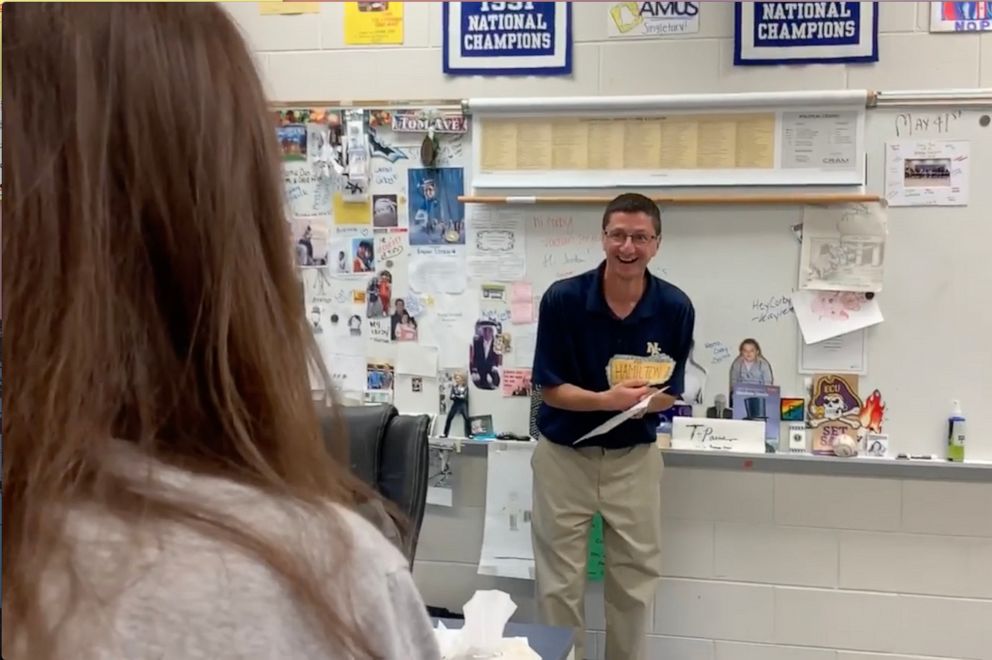 Corby’s student, Hanna Downs, said the class came together to hatch the “Hamilton” surprise over several group texts, even enlisting friends to help pitch in to raise $600 to buy two tickets for Corby and his wife.

In a video of the surprise posted by Downs on Twitter, Corby cries as he reads the card from his students only to realize that they also got him “Hamilton” tickets. 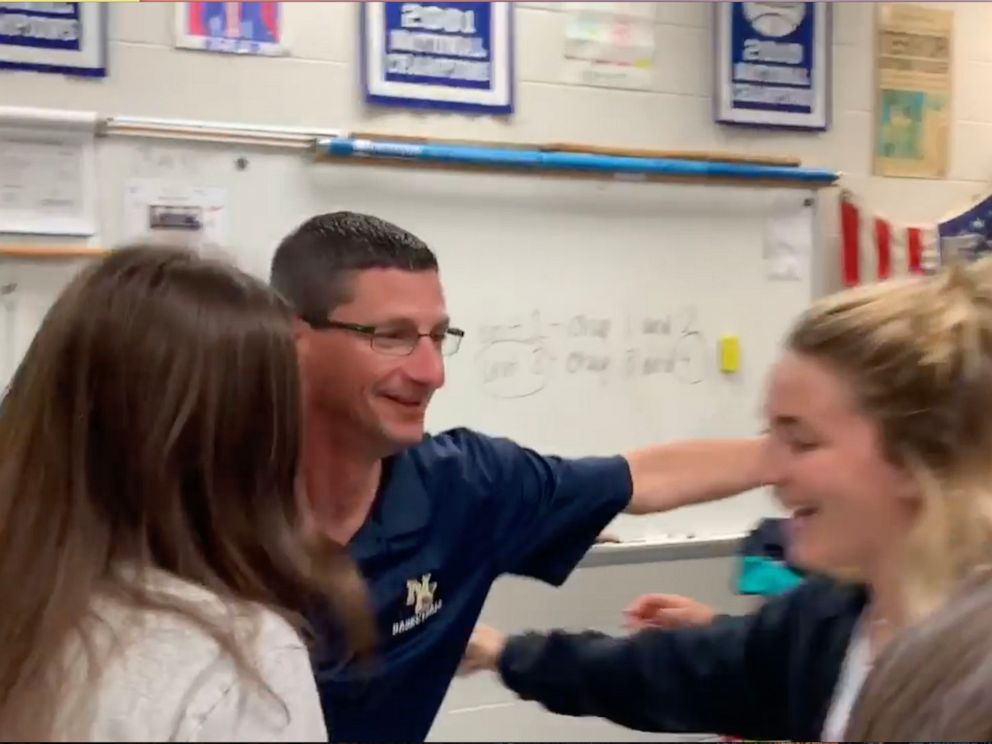 “Oh my goodness, you guys are awesome,” he said in the video to his students before bringing them in for a group hug.

The video has since garnered over 650,000 views, and was retweeted by “Hamilton” creator Lin-Manuel Miranda.

Corby said that his students told him they were determined to get Miranda to see the video, and were overjoyed when “Hamilton” noticed.

“When I came home, I brought back the dog from the vet, I got taco meat cooking and then all of a sudden, my phone just goes nuts with all of the text messages coming through like, ‘He did it! He did it!’,” Corby said. “I think my text to them was like, ‘Is there anything you guys can’t do?'” 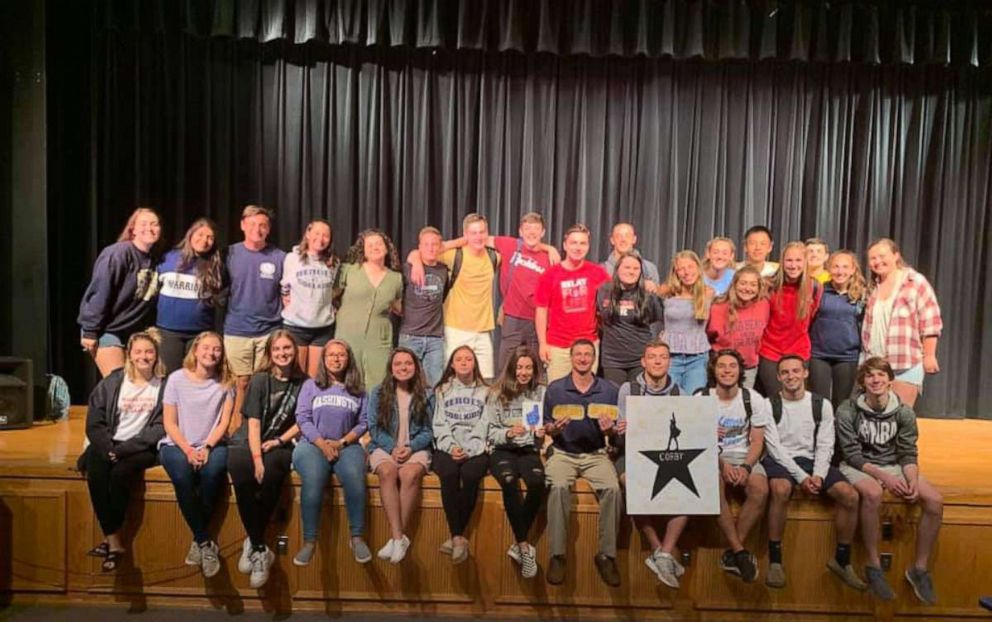 Corby will celebrate his 20th year at New Egypt High School in 2020, and his class spoke about the impact he has had on current and former students.

“I don’t think I’ve met a student in the school or any of the past students who doesn’t like him as a person and a teacher, so we all wanted to give back,” Corby’s student, Ellie shared.

“If you love something, you give it that much effort, they’ll give back to you,” Corby said of his relationship with his students.

Corby said he felt humbled by the outpouring of messages, but credits his students for the incredible gesture.

“They have the unbelievable ability to do something like this,” he said. “The world will be great when we grow old because of kids like this.”