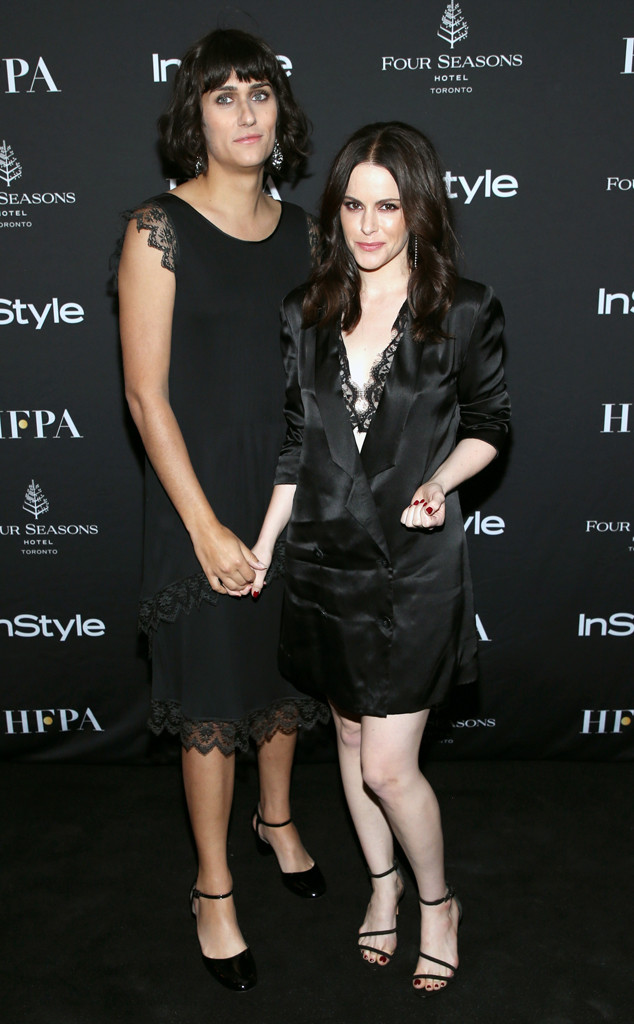 Teddy Geiger and Emily Hampshire have officially ended their engagement, according to a new report from Page Six.

The apparent breakup comes six months after Teddy, a singer-songwriter known for her 2006 track “For You I Will (Confidence),” revealed the Schitt’s Creek actress had popped the question with a heart-shaped diamond ring following a few months of dating.

Teddy and Emily made their last red carpet appearance as a couple in March, but fans of the duo suspected something was amiss when they recently unfollowed each other on Instagram and deleted several photos from throughout their brief yet public romance.

A source insists to Page Six that the couple will “not get back together.”

In announcing their engagement, Teddy gushed on social media, “I love this woman so much she treats me like a lil princess and makes me laugh harder than anyone. I am so f–king happy to wake up next to her every morning and fall asleep next to her every night…”

Emily confirmed the proposal in her own post, writing at the time, #shesaidyes… & she cried, then she made a video, then she posted it on Insta and was glad she got her nails done today. My millennial girlfriend is now my millennial #fiance & I feel like the luckiest girl in the world.”

Even more recently, Teddy shared with Us Weekly that the couple was considering eloping.

“It just has been, like, really amazing,” she shared. “And I think we like to move at the same pace, and we’re both, like, super into therapy. So, we’re getting good at doing all that sort of, like, processing stuff.”

In Oct. 2017, Teddy announced her decision to transition from male to female.

E! News has reached out to Geiger and Hampshire’s reps for comment.