Two teenagers have opened up about the shocking verbal abuse they experienced around their periods while growing up.

Atlanta, 17, from Manchester, revealed she was called ‘dirty’ in front of her friends by a male classmate when she was 13 and was so embarrassed she went home from school.

The boy had overheard her talking to a teacher about her period and she said the mortifying experience ‘stuck with her’ for a year afterwards.

Meanwhile Maisie, a 19-year-old student from South Wales, said she was branded a ‘man hating Femi-Nazi’ after delivering a speech to her class about the tampon tax when she was 14 or 15. 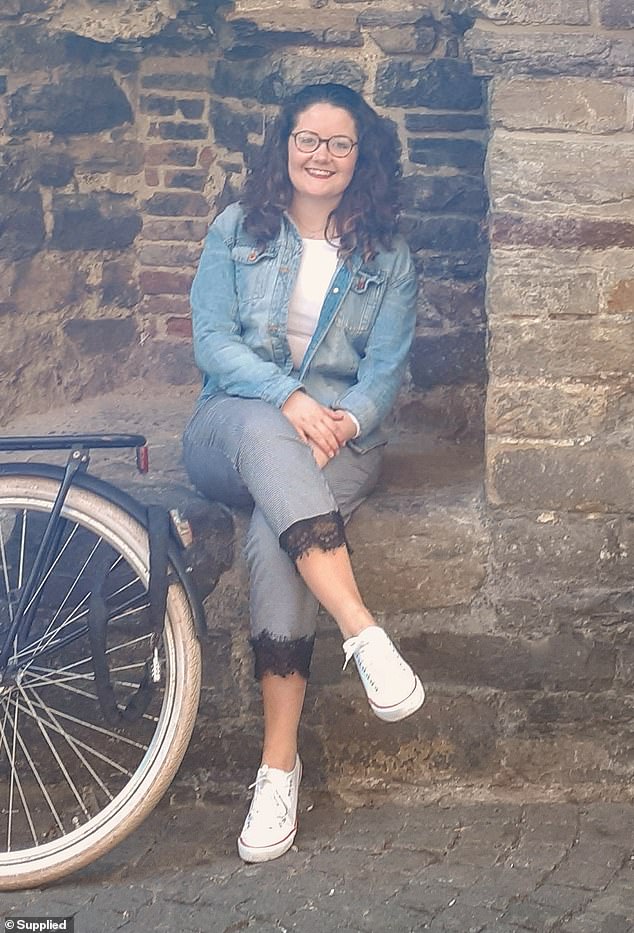 Maisie, a 19-year-old student from South Wales, said she was branded a ‘man hating Femi-Nazi’ after delivering a speech to her class about the tampon tax when she was 14 or 15 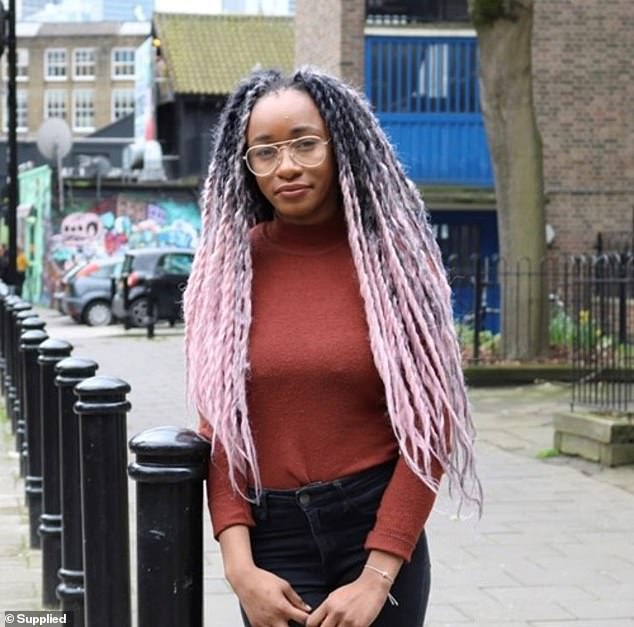 Atlanta, 17, from Manchester, revealed she was called ‘dirty’ in front of her friends by a male classmate when she was 13 and was so embarrassed she went home from school

The issue is one close to her heart, as her mother worked as a school nurse where some of the pupils came from deprived areas and would often buy extra sanitary products for students in need.

Maisie said she was called a ‘tampon warrior’ and faced a constant stream of snide comments made behind her back, which made her feel quite anxious.

A recent survey by Plan International UK revealed one in five girls have been teased or bullied around their period, with half of these suffering in silence and not reporting the incidents.

The poll of 1,000 girls aged between 14 and 21 revealed nearly six in 10 have received negative comments, and 66 per cent reported missing a part or full day of school as a result.

Atlanta said whenever she and her friends discussed menstruation at school, boys would tell them to ‘be quiet’. 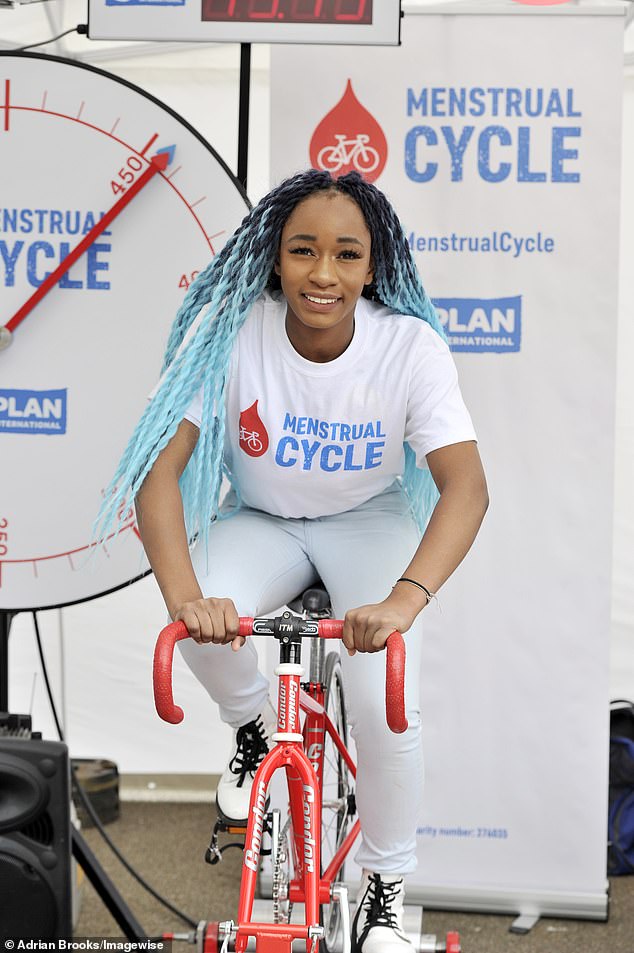 Atlanta, pictured earlier this week at a public event for Menstrual Hygiene Day on London’s South Bank organised by Plan International UK, said whenever she and her friends discussed menstruation at school, boys would tell them to ‘be quiet’

She recalled an incident in a lesson when a boy who had heard her talking to her teacher about her period, which she had only recently started, loudly refused to sit next to her.

‘He got up and started calling me dirty and stuff, and after that I went home early,’ Atlanta said.

‘It was really embarrassing, it was really awkward as well because everyone knew at that point, and everyone looked at me weirdly.’

Afterwards Atlanta kept it to herself, too ’embarrassed and ashamed’ to discuss it with her friends or family, while the boy’s friends would continue to ‘whisper’ comments whenever she walked past them.

‘It stuck with me throughout that year, Year 8, because I was new to the period thing, but as I got older and learnt more about it I found it easier to brush it off,’ she said. 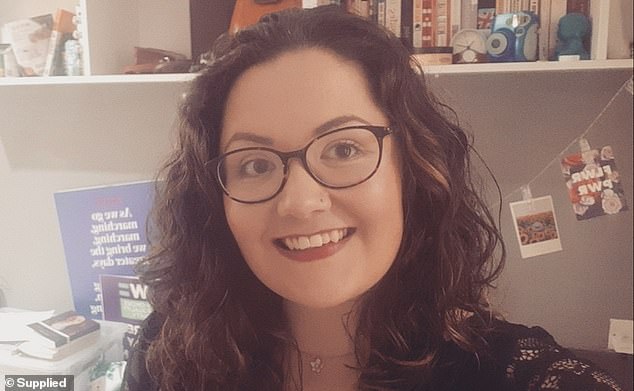 ‘You know the saying, “boys will be boys”, and I feel the reaction was one of those moments. There’s an expectation that boys don’t know about that sort of thing, so I don’t think it was taken as seriously as it should have been. I was just told to ignore him.’

Maisie decided to give a presentation on the tampon tax as part of her GCSE English coursework because it angered her that the products are viewed for VAT purposes as a ‘luxury’ item.

But afterwards she said one person called her a ‘Femi-Nazi’, which she described as ‘horrific’ given it came from one of her peers.

‘The tampon tax was an issue in my community; girls were coming to school and didn’t have access to these sort of products, so Mum would buy extra supplies when we went to the supermarket,’ she explained. 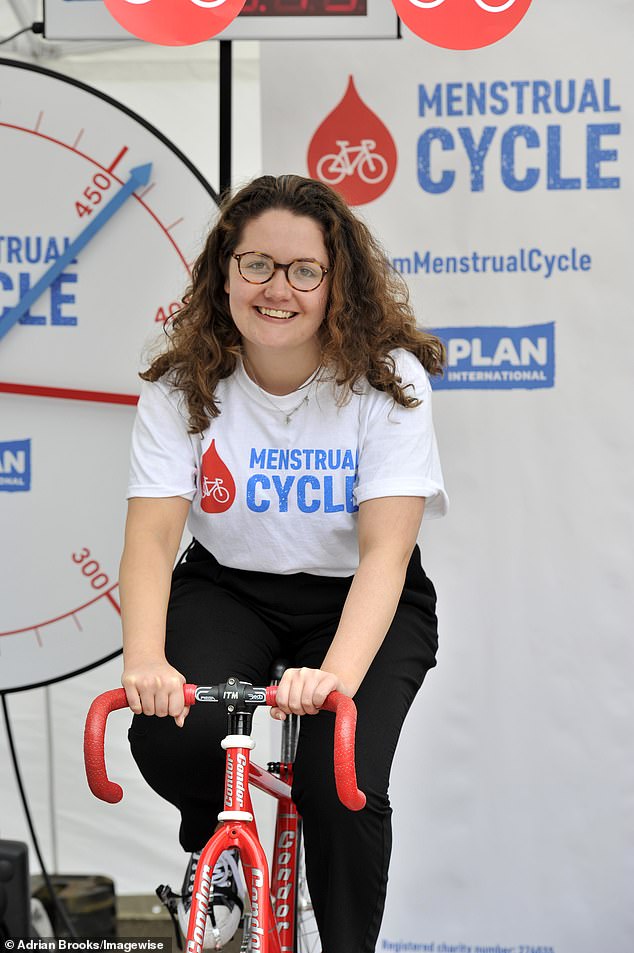 Maisie, who also attended the Plan International UK Menstrual Hygiene Day in London, said it became a running joke that she was ‘some kind of tampon warrior’ 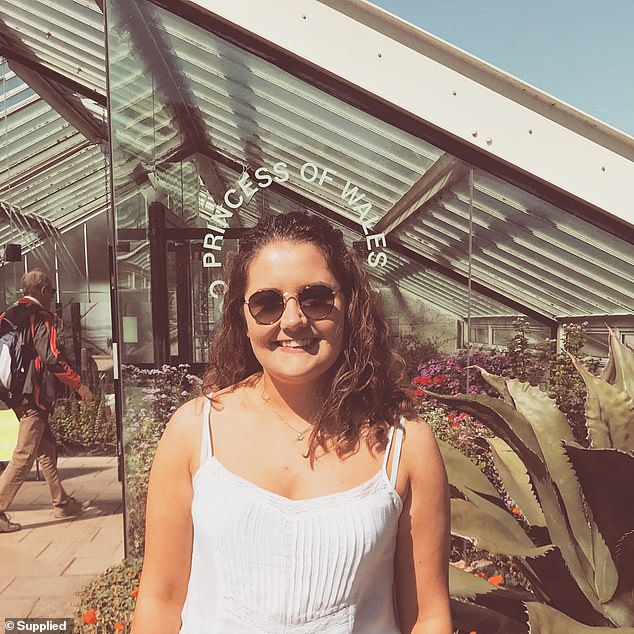 ‘I remember giving the speech and many of the boys were uncomfortable with the topic; you’d look around and they’d all be looking at the floor, not engaging with it and sniggering.

‘It made me feel uncomfortable because it’s an issue that affected half the people in my class, and they thought it was acceptable to make jokes about it and not take it seriously.

‘Afterwards it was a running joke that I was some kind of tampon warrior – they’d call me a Femi-Nazi, and I got a lot of stick for it.

An issue that is damaging girls’ self-esteem…

Tanya Barron, chief executive at Plan International UK, said: ‘Girls across the UK are facing unacceptable stigma and shame linked to their periods, and this survey shows that, too often, this takes the form of verbal abuse and bullying.

‘Not only is this damaging girls’ confidence and self-esteem, it’s also having an often-overlooked impact on their education. Girls tell us they are missing out on school because of their period and struggling to catch up on schoolwork as a result. We can’t allow this to continue.

‘If girls around the world – including here in the UK – are to reach their full potential then we must put an end to the stigma and taboo around periods, and the best way to do that is through education and open conversations that normalise periods and put an end to the silence.’

‘I did feel a bit anxious and I definitely felt I became more aware of how I presented myself and if I brought up certain topics related to feminism or gender equality.’

Maisie said she experienced a lot of comments made behind her back which she said ‘changed the way some people in my class viewed me’.

Both girls didn’t feel they could report the incidents, and said better education is needed to help address the stigma around periods. They believe not segregating boys and girls during PSHE lessons is key to achieving this.

‘I think we should be teaching about periods from a younger age, because I had my first lesson when I was in Year 6, my final year of primary school, again separated from the boys, and we never touched upon it again until Year 8 or 9, and by that point a lot of people had started their periods,’ Maisie pointed out.

‘We only learnt about it in school as something that was biological, so the 28-day cycle, with scientific diagrams, but we’d never learn about the emotional aspects of periods, like premenstrual syndrome, or the different ages you can actually start them.

‘Everyone needs to learn about them because even if it doesn’t affect you directly, whether it’s your mum, sister or future girlfriend, you’re going to have to deal with it.’

Atlanta added: ‘Boys don’t know about periods, so education should be better, and boys should not be segregated from girls when talking about periods.

‘Half the population go through it, we’re taught about testosterone in biology, but in terms of talking about periods, that’s almost hidden away from boys.’