As the gay, middle-class son of a pharmacist, Ivo van Hove felt unaccepted growing up among the children of coal miners and farmers in a small village in rural Belgium in the 1960s and early 70s. He longed to escape.

His outsider status would eventually give him observational acuity as a theatre maker, however. “I was blessed my father and mother sent me to a boarding school, a very good one,” recalls the 64-year-old, sitting in the book-lined study of his Amsterdam apartment. 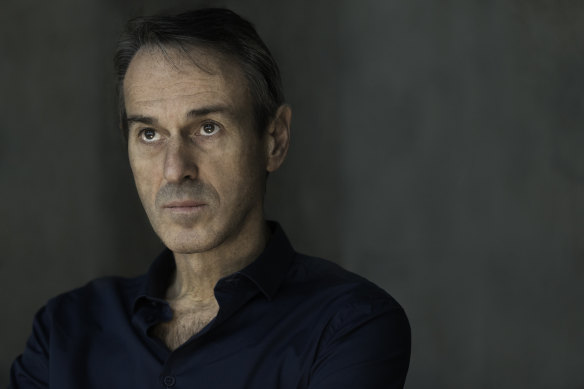 “There, I became happy. There, I found myself, my sensitivities, my true love – namely, boys [to whom] I was sexually attracted; I didn’t know that before.”

Over six years’ boarding, relationships deepened his empathy. One Saturday evening, van Hove lost his best friend in a “stupid” bicycling accident, “probably he had been drinking too much”, presaging a long and lonely mourning.

“He’s a real original,” says van Hove, having just finished breakfast with Versweyveld at their home, which overlooks a canal. “Once he has read a play, he will remember it for the rest of his life.” 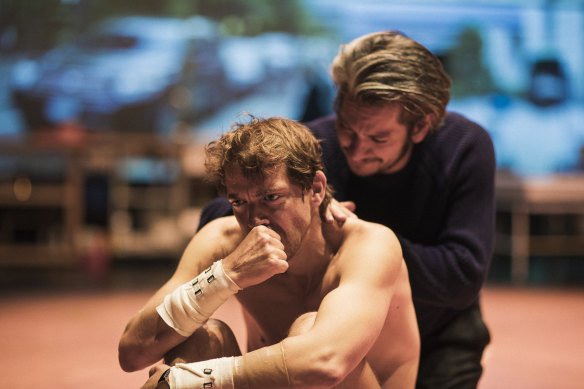 Ramsey Nasr and Maarten Heijmans star as Jude and Willem in the Internationaal Theater Amsterdam production of A Little Life.Credit:Jan Versweyveld

Van Hove has been director of the Internationaal Theater Amsterdam since 2001, and his productions feature stark visuals and visceral sex and physicality: the Dutch actor Eelco Smits has said the director engineers “explosive combinations” among his actors, “like a kid who lets insects fight”.

Van Hove’s take on the John Cassavetes film Opening Night featured at Melbourne Festival in 2010, and to Adelaide Festival he has brought Shakespeare’s Roman Tragedies in 2014 and Kings of War in 2018.

Set in New York, it is a study of the lingering impact of trauma and tells the stories of four friends: lawyer Jude, actor Willem, artist Jean-Baptiste, and architect Malcolm.

Book and play alike are gruelling, given Jude repeatedly self-harms. Readers and audiences eventually learn Jude’s troubled history, including the Catholic brother who taught him to cut himself, and the multiple men who physically and sexually abused him up to the age of 15. 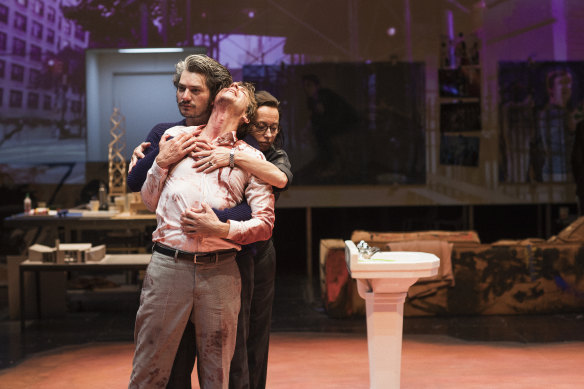 “The show is deliberately physically intense, because Jude is in full pain,” says van Hove.Credit:Jan Versweyveld

Van Hove, who wrote the Dutch adaptation alone, has now co-written a slightly shorter and “tweaked” English stage adaptation with Yanagihara that will premiere next year in London, in which British actor James Norton will play Jude.

The writers have had robust debates about the story’s meaning. Yanagihara says van Hove “saw the book as an allegory of good and evil. I didn’t see it that way at all”.

Van Hove disagrees with Yanagihara’s recollection: “Listen, that was in my first conversation with Hanya, it was just one little sentence. I didn’t call it an ‘allegory’ for sure, but it is striking Jude is surrounded by uniquely good people.

“That’s the biggest thing that the book tells us, that even all this love doesn’t conquer his pain and trauma.”

Like many readers, van Hove found the novel “devastating”, and during the two weeks it took him to read the book, he felt angry with the author for having one of the key characters die.

I tell van Hove the book made me reflect on how little I knew of some friends’ personal history, given Willem, Jean-Baptiste and Malcolm know virtually nothing about the secretive Jude’s past yet share first loyalties to one another. 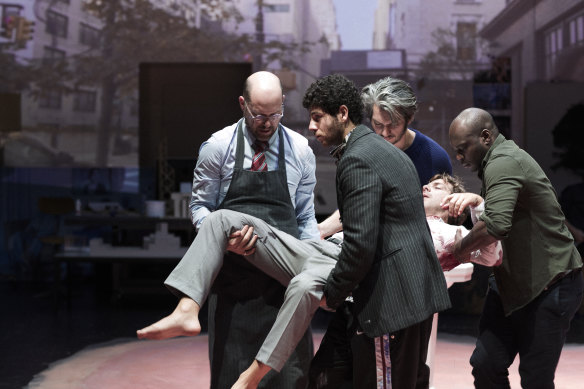 “That’s the biggest thing that [A Little Life] tells us, that even all this love doesn’t conquer his pain and trauma,” says van Hove.Credit:Jan Versweyveld

“That’s one of the things I really connected to,” he says. “I am Belgian, so we are from the Catholic side, and the Dutch are Protestant, Calvinistic: in Holland, everybody is really outspoken, they’re really a bit like the Americans.

“But I like secrets, I like mystery. I don’t mind that somebody doesn’t tell everything. This book really plays with that: Jude knows his story, but for him it’s just too hard to tell and be reminded of it. These friends, they respect that.”

Van Hove recalls an audience member watching the play at Edinburgh Festival earlier this year stood up and almost fainted at the sight of Jude’s bloody arms on stage.

Was the director worried that the storyline of abuse and Jude’s self-harming could trigger trauma for some audience members?

“The show is deliberately physically intense, because Jude is in full pain,” he says.

“I think that was my job, to make people really feel it, not just look at it.”

A Little Life plays Adelaide Entertainment Centre Theatre on March 3 and 4 and 6-8.

A cultural guide to going out and loving your city. Sign up to our Culture Fix newsletter here.