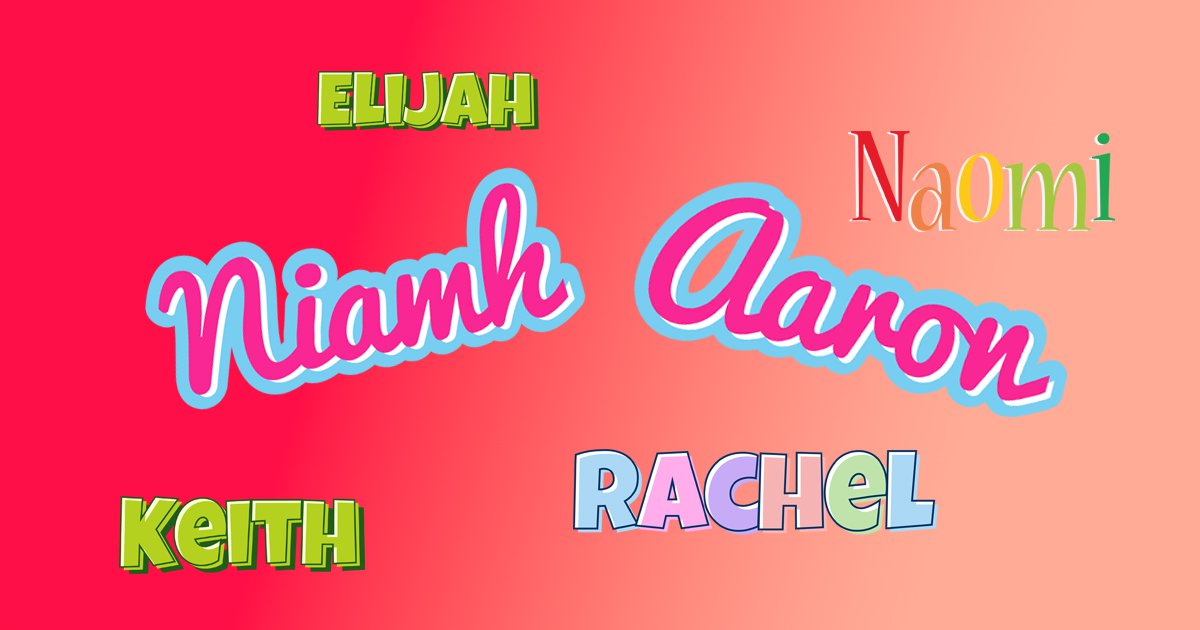 Neve or Niamh? Arron or Aaron?

According to Google search data compiled by Unscrambled Words, a Scrabble-esque web game, Niamh and Aaron are the most commonly misspelt names in the UK.

Niamh has 4,110 monthly searches in the UK along with other variations such as Neve, Nieve, Neave, Neavh or Neeve.

For boys, the names Aaron, Graham and Elijah top the list.

Margaret, Diana, George and Arthur also appear on the top 10 lists for commonly misspelt girls’ and boys’ names, despite belonging to famous members of the royal family.

The fifth most misspelt name by Brits is Sheila, which means ‘heavenly’ and has variations of Shelagh and Sheelagh.

Girls’ names appeared to be more difficult to spell with 70% of the top ten names being female.

A spokeswoman from Unscrambled Words said: ‘Every name can be spelled in various ways, which can often make the name more sentimental or unique.

‘However, it is fascinating to see which names have Brits the most confused when it comes to their spelling, as many on the list are incredibly popular.’