A savvy mother has told how she transformed two old Ikea tables which had been destined for the skip into a stylish toy box for her children.

Laura Tranter, 30, from Wigan, put her DIY skills to good use – and needed just a £10  elastic cord and a staple gun to carry out her ingenious trick.

‘My kids have been getting their soft toys out a lot during lockdown,’ she said, speaking to money-saving site LovetheSales.com. ‘But they are little terrors at leaving toys on the lounge room floor.’ 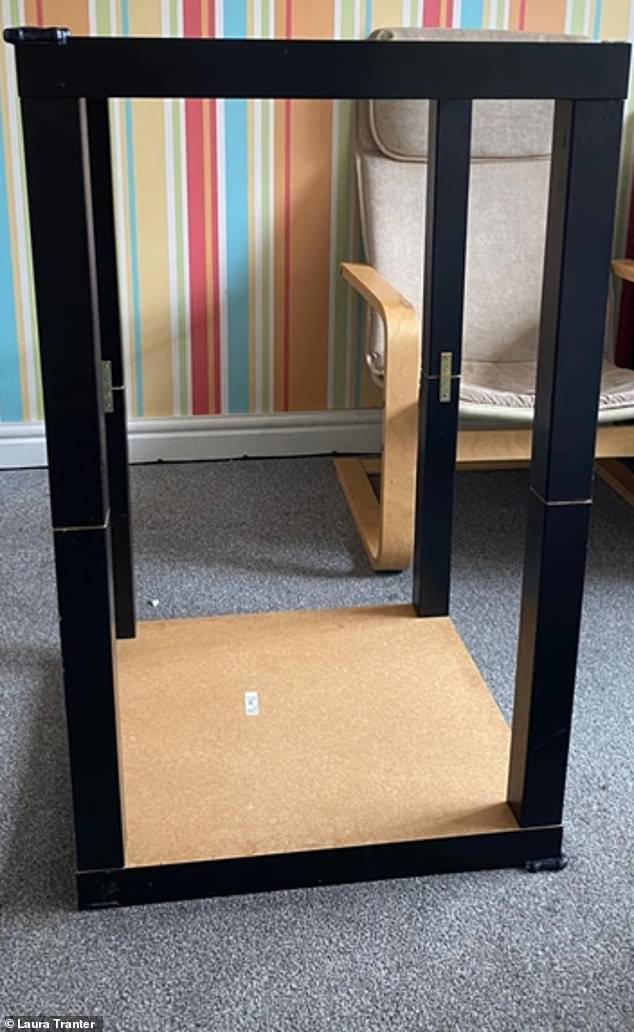 Laura Tranter, 30, from Wigan, has told how she used two old Ikea tables to create a toy box for her children. Pictured, left before, and right, after 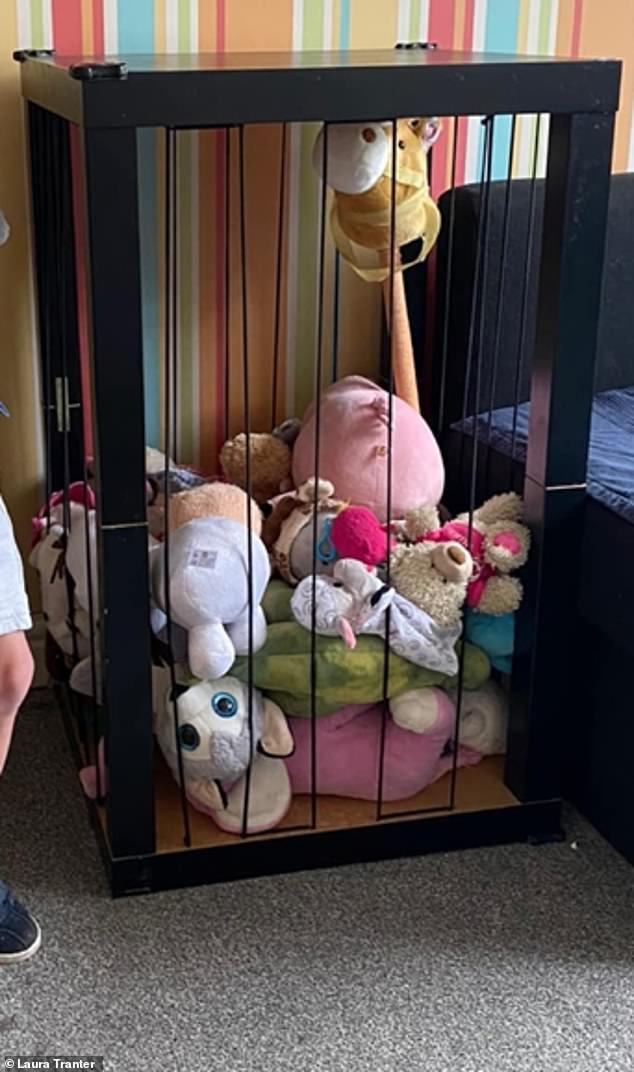 The ingenious mother put her DIY skills to good use by using a £10 elastic cord and staple gun to carry out her ingenious trick. Pictured, the impressive project

‘Inspiration struck when I was looking to buy a toy box for the kids on Ikea, most of them ranging from £50 upwards for a large storage box. But instead of spending the money, I challenged myself to create something just as good.’

The mother-of-two told how she simply turned one table on its end and placed the other on top so all four feet were aligned, before fixing the two together using mending plates.

Laura then stapled strips of elastic cord to the top and bottom to make flexible bars which would stop the toys from falling out, while also allowing her son and daughter to access them.

‘We had two cheap Ikea tables that were destined for the skip,’ she explained. ‘I thought if I could get something that covered the sides, it would make for a perfect storage unit. I then bought 20 metres of bungee [elastic] cords from B&Q.’

She continued: ‘I attached the two tables at the legs using four mending plates, cut the correct cord length and stapled it to the bottom of the tables, and hey presto it was finished.’ 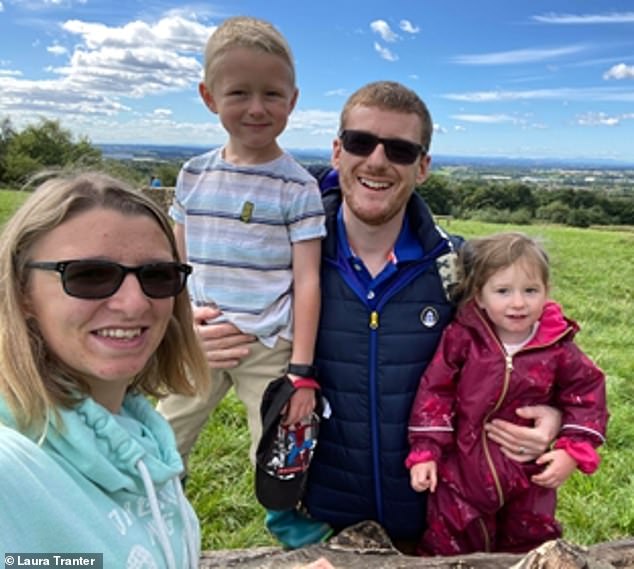 Laura revealed that the whole project took less than half an hour to complete. Pictured, the thrifty mother with her husband and two children

Laura revealed that the whole project took less than half an hour to complete – adding that the kids have a fun toy box to store their soft toys.

‘I’m so glad I did it, the thought of DIY is worse than actually doing it, and it was very rewarding when finished,’ she said.

‘DIY can always be a daunting task, but Laura has shown that keeping it simple and low budget can bring great results.’ 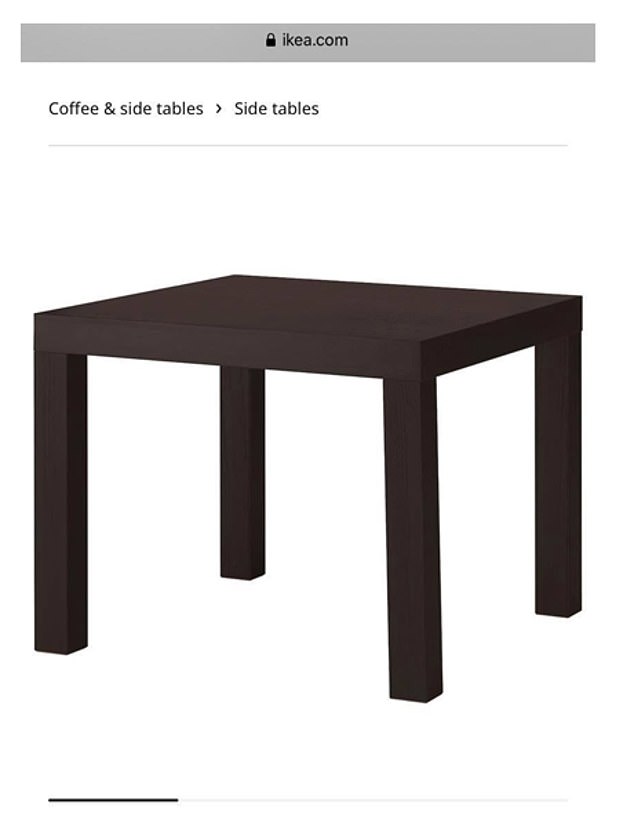 Laura used two cheap Ikea tables that were destined for the skip, Pictured, the tables for sale on Ikea’s website

09/07/2020 Lifestyle Comments Off on Thrifty mother transforms two old Ikea tables into a stylish toy box
Recent Posts
We and our partners use cookies on this site to improve our service, perform analytics, personalize advertising, measure advertising performance, and remember website preferences.Ok