TOM UTLEY: 7,994 hours of our lives spent in regret? Not I – even though I missed a chance to be a millionaire

Can it really be true that we spend an average of 7,994 hours of our lives — or 110 hours each year — brooding over things we regret? So claims a survey this week, conducted for KP Nuts, which also finds that 79 per cent of us wish we had taken more risks in life.

The first question that arises (apart from the mystery of why on Earth a peanut brand should be interested in the matter) is how the pollsters arrived at that first figure.

If they are right, it means that over the course of an average lifespan, we spend 500 waking days of 16 hours each, dwelling ruefully on what the American poet John Greenleaf Whittier called the saddest words of tongue and pen: ‘It might have been.’ 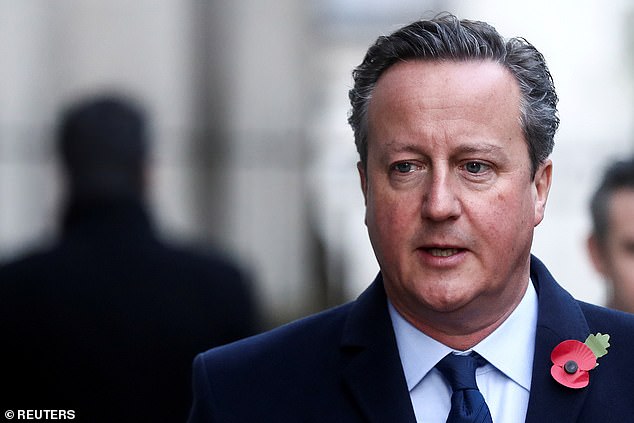 All right, I’m prepared to believe that some people spend a chunk of every day wishing they’d done something differently. Take David Cameron (pictured in November 2019)

It strikes me that any such research must necessarily be flawed, on what we might call the Purple Polar Bear Principle. By this, I mean that if I were to instruct you on no account to think about a purple polar bear, you would find it extremely hard — for a few moments, at least — to think of anything other than a purple polar bear.

In the same way, if a pollster were to ask us how much time we spend mulling over our regrets, we would immediately start listing them in our heads — and most of us, if we’re honest, would probably admit to having quite a few. But when nobody is asking us about them, how many hours per week do we actually devote to wallowing in those might-have-beens? Just by turning our minds to the question, the researchers almost certainly invite an exaggerated answer.

All right, I’m prepared to believe that some people spend a chunk of every day wishing they’d done something differently. Take David Cameron. Though in my book it’s the best thing he ever did, I’d be very surprised if many hours go by when he doesn’t regret his wizard wheeze of calling an in-out referendum on the EU, in order to defuse Nigel Farage’s threat to Tory votes.

Similarly, I suspect Prince Andrew kicks himself daily over his ‘tendency to be too honourable’, which he says led him to accept lavish hospitality from the sex-offending billionaire Jeffrey Epstein. Come to think of it, I reckon his great-uncle David, Duke of Windsor, may have spent many an hour during his declining years bitterly regretting the day he chose to give up the throne for a life in Parisian exile with his ghastly wife Wallis.

But then such career-defining decisions have momentous consequences, with every day throwing up scores of reminders for those who took them, making them impossible to forget.

As for me, my regrets belong to an altogether lesser order — and they cross my mind only once in a blue moon, when something happens to jolt my memory (or peanut companies prompt me to think about them). 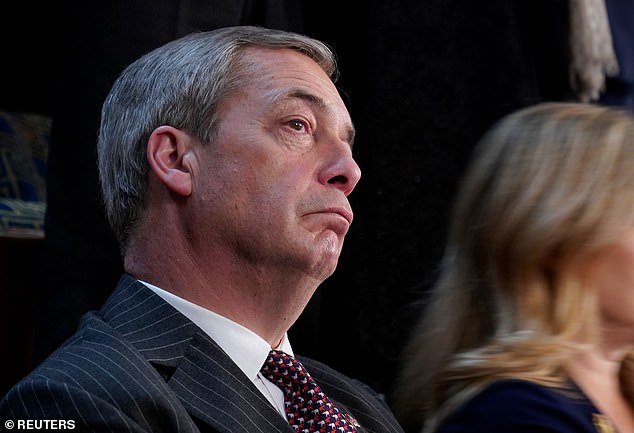 British Brexit Party leader Nigel Farage listens to US President Donald Trump’s State of the Union address to a joint session of Congress in the House Chamber of Washington on February 4, 2020. I’m prepare to believe David Cameron regrets calling a referendum to diffuse Farage

Since I write so much about our four boys, for example, readers sometimes ask if I regret having no daughters. There was a time when I would have answered an emphatic No, trotting out the old line that I really didn’t mind which sex they were, as long as they were happy and healthy.

Yet much as I love our sons, I confess that just lately there have been moments when I’ve thought it might have been nice to have a girl — partly for the sake of variety, but also for the monstrously selfish reason that girls tend to be so much better than boys at looking after their mums and dads in our old age. (All right, I know there are many exceptions.)

Like so many others, I also wish occasionally that I’d been smarter at playing the property market when prices were cheap (though God knows they didn’t feel cheap at the time). In particular, there was one lovely little Regency villa we looked at in the 1980s, handy for the centre of London and just at the top limit of our budget.

But it needed work done to it, and I was both too lazy and too worried about money to take it on, opting instead for the safe option of a cheaper Edwardian semi in the suburbs, in which we’ve lived ever since. If only I’d been brave enough to snap up that Regency gem, I’d be sitting on an asset worth well into seven figures.

But then hindsight is a wonderful thing. If I’d known what I know now, back in 1986, I might have taken up the hugely generous offer of a friend to come in with him as a founder-shareholder of a little newspaper venture he was starting. 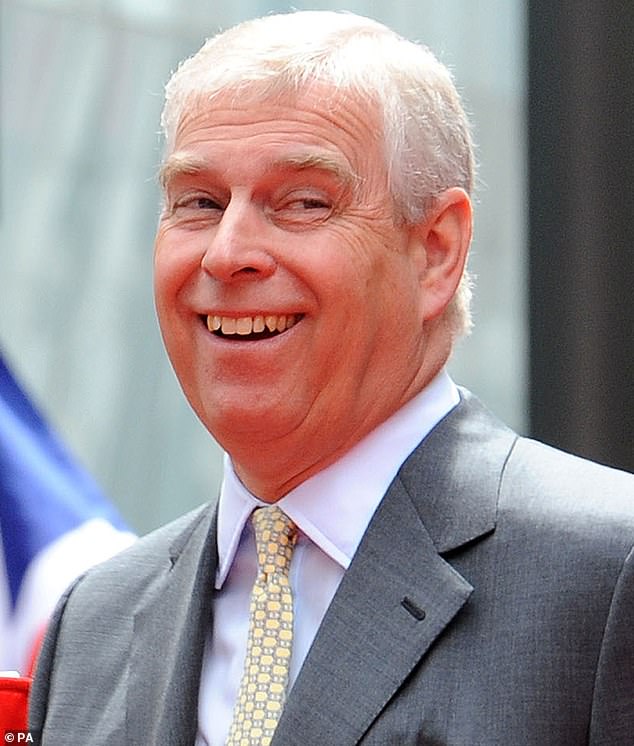 A 2016 file photo shows a smiling Duke of York. I suspect Prince Andrew kicks himself daily over his ‘tendency to be too honourable’, which he says led him to accept lavish hospitality from the sex-offending billionaire Jeffrey Epstein

I remember my reply to this day: ‘Don’t be daft. I have a wife and sons to support.’

Though it has hit harder times since, the little venture he was starting was an almost instant success, making my friend a multi-millionaire. It was called The Independent. Yet I can put my hand on my heart and say I haven’t wasted so much as five minutes of my life regretting what might have been.

Other regrets, of course, are less easy to shake off. Like a great many of my generation, I’m sorry that I never asked my grandfather about his experiences of fighting in World War I — though I suspect that like so many of his generation, he would have changed the subject PDQ.

I wish, too, that I’d spelled out to my parents how much they meant to me, before it was too late. But I comfort myself with the thought that they knew, without having to be told.

Otherwise, I regret a couple of things I’ve written in columns over the past 40 years — and more than a couple of emails I’ve sent late at night, which seemed brilliant at the time but merely embarrassing in the sober light of morning. I’m also sorry that I never properly mastered a foreign language or stuck at the piano or the oboe. And yes, when I’m coughing my guts out, I sometimes wish I’d never taken up smoking.

But unless they guide our future actions, regrets are the most pointless of feelings — and whatever KP Nuts may say, I simply refuse to believe that many of us waste 500 days of our lives mooning over them. Nor can I say it really bothers me at all that, except where my lungs and liver are concerned, I’ve always tended to go for the safe choices in life.

On the whole, those choices have served me well and kept me happy. And if I sound smug, that is probably because of the safest and wisest choice I made, 40 years ago this Sunday, when I took Mrs U as my bride. I dare say there have been many times over the years when she’s regretted it. But not I.

Related posts:
02/14/2020 Lifestyle Comments Off on TOM UTLEY: 7,994 hours of our lives spent in regret? Not I…
Recent Posts
We and our partners use cookies on this site to improve our service, perform analytics, personalize advertising, measure advertising performance, and remember website preferences.Ok