A TRENDY flat in a posh London suburb has gone on the market for £350,000 – but it's missing a crucial feature.

The property in Ellerker Gardens, Richmond looks to be a real bargain, as the average price of a home in the riverside street is almost £2.5million. 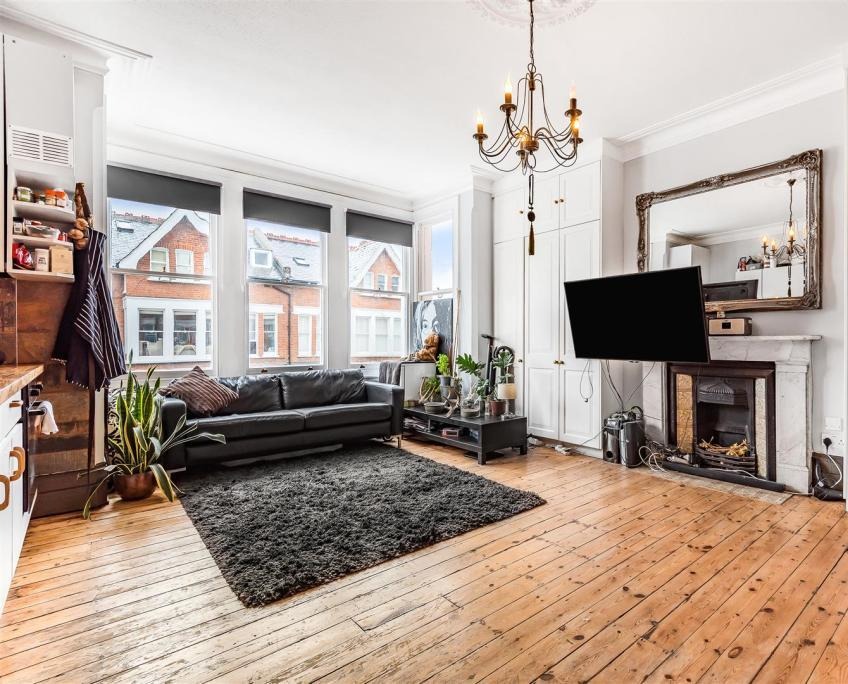 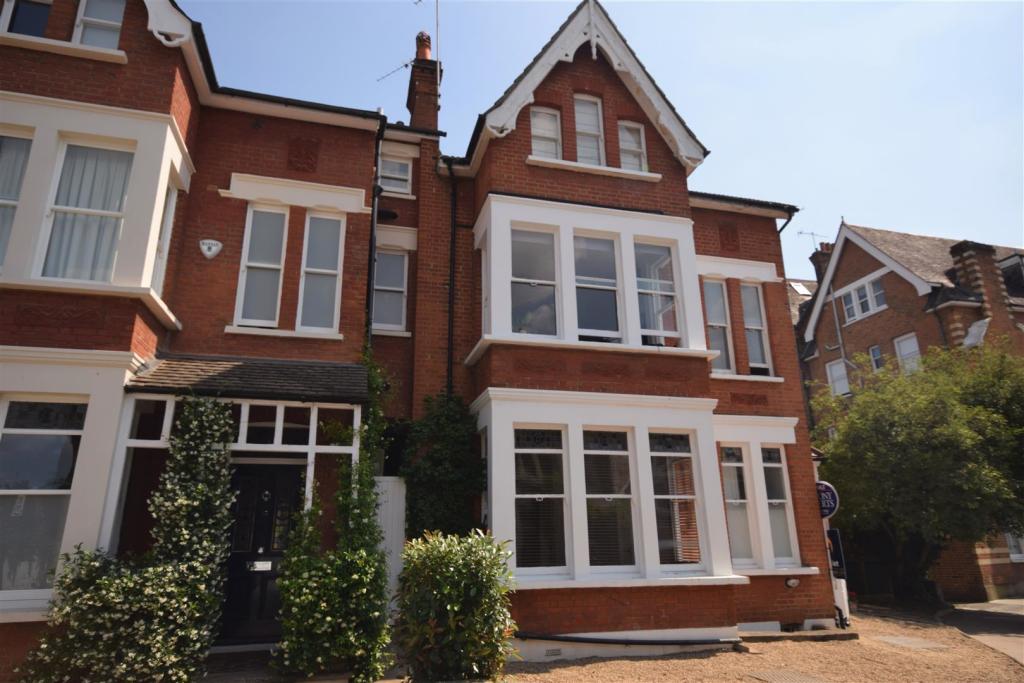 But eagle-eyed house hunters will notice something missing in the photos.

While the stunning studio features wooden floors, high ceilings and even a chandelier, the current owner appears to be going without a bed.

Instead, the property simply features a leather sofa.

The omission is all the more bizarre as the flat appears to be fully furnished.

An image of John Lennon has been hung on a wall, while plants have been dotted around and a huge bookcase has been stacked with mementoes and posessions.

Meanwhile, the fitted kitchen is in use, with a kettle plugged in on a worktop, and a towel hangs to dry in the en suite bathroom.

Agents at Chase Buchanan fail to address the mystery in their ad.

Instead, they say the sale is a "unique opportunity" to buy a "super Victorian first-floor conversation flat" in a "particularly desirable road".

"The property features stylish accommodation throughout," the advert says.

"The kitchen area blends seamlessly into the entertaining and relaxing space, where you'll find a large bay window which brings in masses of natural light, and a particularly high ceiling."

Despite the strange omission, would-be buyers will likely be queuing up for a viewing.

Properties in the area go for an avearage of nearly £2million, according to property website Zoopla, while flats go for a more modest £538,000.

The property stands close to Richmond Park, and is metres from the riverside.

It's also close to the train station and the town centre.

London is well-known for being particularly challenging for those on a budget.

Earlier this month, we shared photos of a Notting Hill flat available to rent for £800 a month – even though it doesn't have a toilet.

While the studio offers a shower – which has been set up in rather bizarre fashion beside the electric cooker – there's no loo to be found.

Even more oddly, the listing doesn't mention a loo at all – leaving potential tenants to speculate about what they can expect if they decide to move in.

Another Notting Hill flat was hilariously billed as "spacious" by landlords despite failing to offer a bed or shower.

Agents describe the bedsit as "fully furnished" in a glowing ad on Gumtree.

However, according to the photos, the flat offers just a fridge, a small hob with two electric rings, a sink and a microwave.

We also reported on a pokey studio flat with a bed fitted in a windowless cupboard.

Your property must be fit to live in and be safe, healthy and free from things that could cause serious harm.

If your house falls below these standards, you could take your landlord to court.

There are also rules in place to stop overcrowding in small houses.

You can check to see whether your home is overcrowded using Shelter's guidebook on it's website.

Citizens Advice says you should complain to your landlord if your home doesn't meet these standards, or you're unhappy with your living conditions.

You should put your complaints down in writing, either in a letter or email, so you have evidence of your conversation.

If your landlord doesn't fix the problem, you should tell your local council – again, make sure you email or send a letter.

You can find which one is yours using the gov.uk's council finder tool.

Send a copy of any evidence following your call or with your letter, for example photos showing the problem. 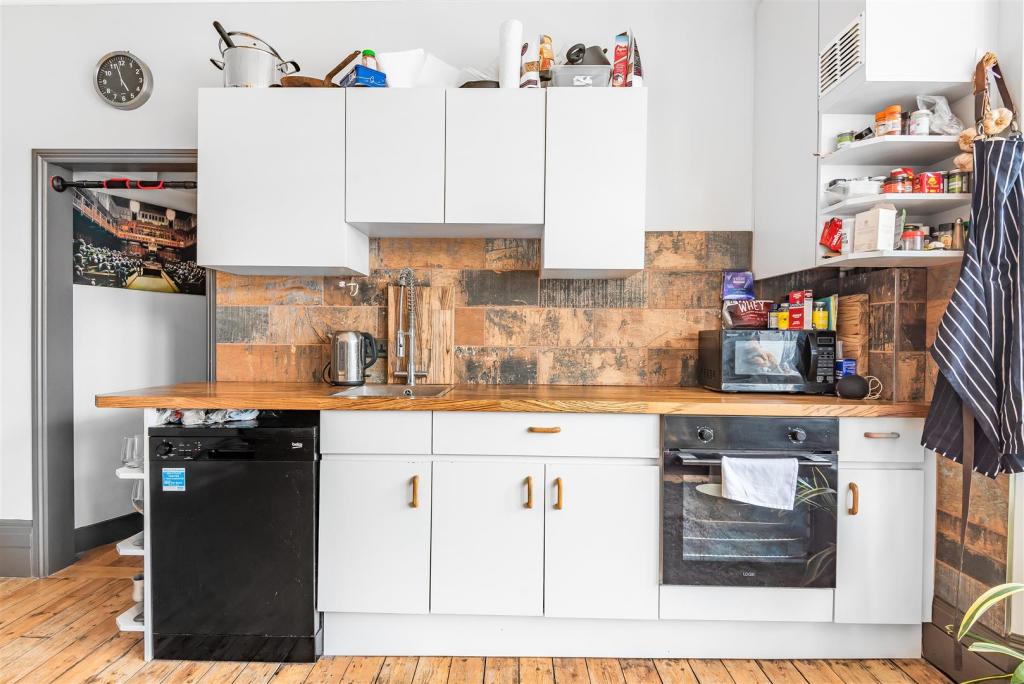 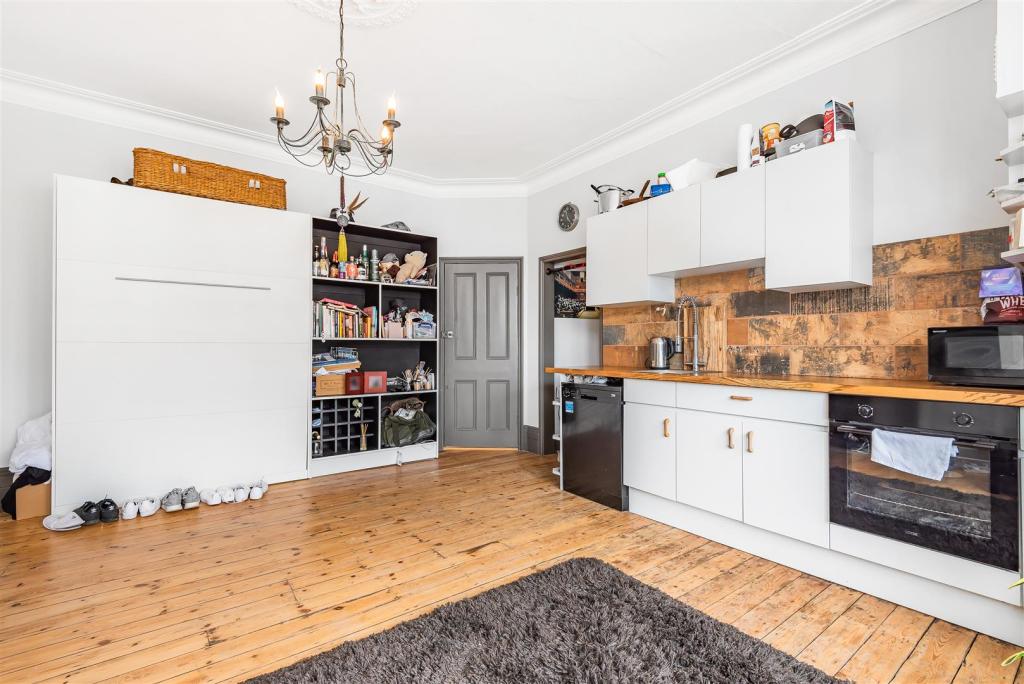 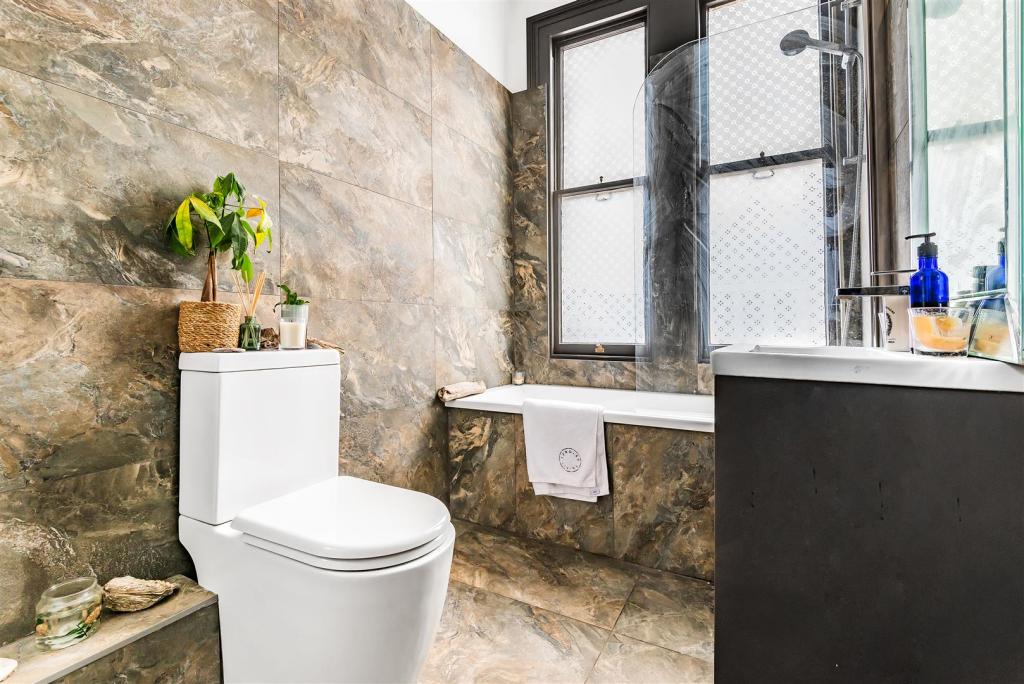