Tyra-nnosaurus Rex! Tyra Banks claps back at critics who compared her latest Dancing With the Stars look to something from Jurassic Park.

Tyra Banks’ Most Wild and Absurd Fashion Moments on ‘DWTS’

On the latest episode of the ABC reality show on Monday, September 28, the 47-year-old host looked fierce in an over-the-top Julian Mendez Couture costume, but not everyone was a fan of the maroon mini-dress.

When the supermodel appeared stopped by The Late Late Show With James Corden on Wednesday, September 29, she discussed the viral look, admitting she thought the memes comparing the wing-like sleeves that framed her face to one of the dinosaurs in the 1994 Steven Spielberg blockbuster were pretty funny. The look was also compared to a Reese’s candy wrapper and something a character from the 2001 movie Zoolander might wear. 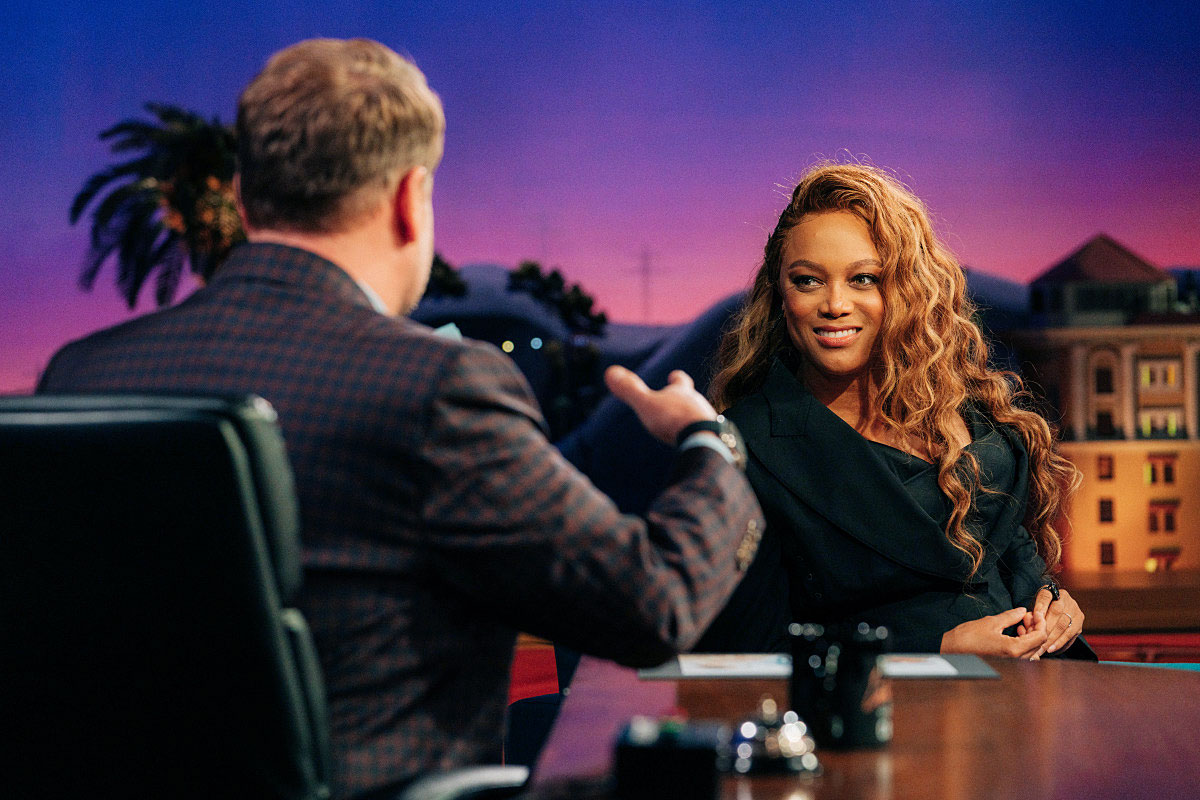 Her stylist also thought it was pretty funny, telling Banks after the live episode ended, “Yeah, we did notice you looked like a lizard before the social [memes] started,” the America’s Top Model creator told host James Corden.

Tyra Banks’ Hosting Duties Through the Years: From ‘ANTM’ to ‘DWTS’

Not that the Coyote Ugly star cared, as she told the Cats actor, 43, she is always happy to stand out from the crowd. In fact, she prefers it.

“Different is what?” Banks asked, only to answer her own question. “Better. I don’t have time to be normal in a pretty dress because nobody is going to say anything about a pretty dress. You’ve got to push it and go for it.”

In the first two weeks of hosting DWTS season 30, The Fresh Prince of Bel-Air alum has certainly gone for it with her looks, not only dressing like a dinosaur, but celebrating the premiere in a custom blinged out coat with the number “30” on the front. Underneath, she wore a shattered glass minidress that looked like the famous mirrorball trophy. 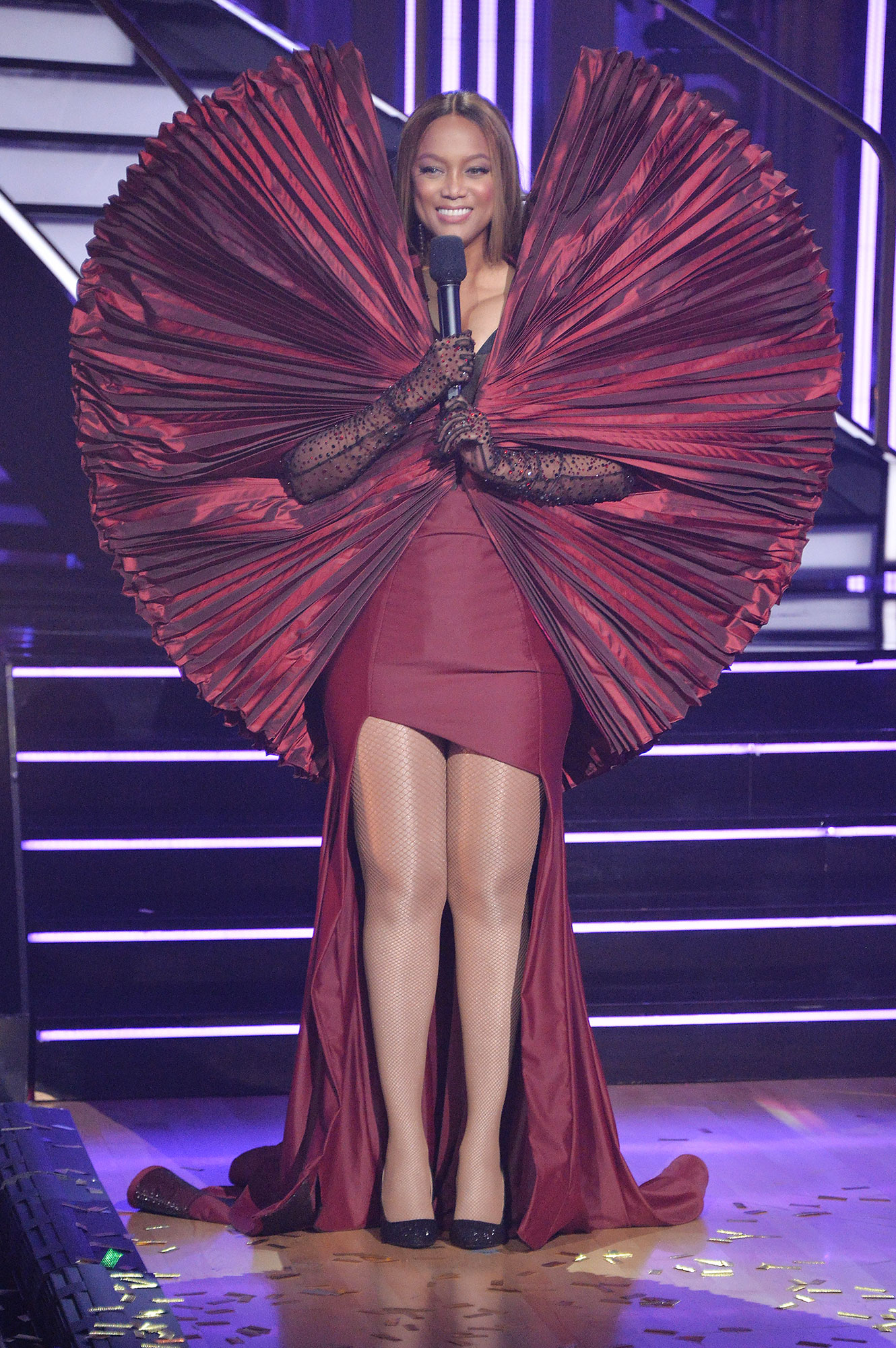 Banks always understands the assignment, especially when there is a theme week involved. Last season, she showed off a Minnie Mouse dress for Disney week, pairing the red and white polka dot look with a pair of yellow heels.

The Tyra’s Beauty, Inside and Out coauthor is also not afraid to keep it real when it comes to the show’s quick changes. Last year, Banks told Us Weekly exclusively about an outfit mishap in which she wasn’t able to switch her shoes before they came back from commercial break. This resulted in her wearing sneakers with a custom Kim Kassas gown that drew comparisons to Khaleesi from Game of Thrones.

All the Rules and Secrets You Didn’t Know About ‘DWTS’

“I had on these black disgusting sneakers that I hike in because my feet were hurting,” she told Us. “The dress goes all the way to the floor. You can’t see my feet. So why the hell do I need to put on high heels?”

Still, Banks does feel the pressure to top herself each week. “Somebody told me one of the journalists said that my outfits are like my costar,” she said. “I’m like, ‘Ooh! So we got to really step up.’”

Dancing With the Stars season 30 airs on ABC Mondays at 8 p.m. ET.