Universities say changes to the Morrison government's foreign veto bill to focus on potential Chinese government interference still pose an unprecedented intrusion on academic autonomy and will lead to a significant administrative burden.

In a last minute change to its foreign relations bill this week, the government clarified its proposed power to tear up university agreements would only apply to those struck with overseas institutions that had a substantial degree of foreign government control.

Universities have welcomed the change, amid concerns the bill would capture tens of thousands of innocuous agreements in its net, but say the bill remains unfit for purpose and jeopardises future research partnerships. 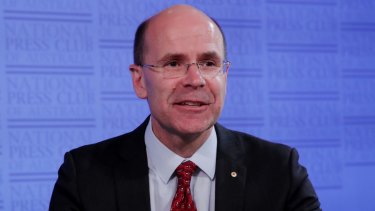 University of Sydney deputy vice chancellor of research Duncan Ivison said the amended bill, passed by the House of Representatives this week, made clear the legislation was "now very much focused on China."

UNSW Professor George Williams, the deputy vice-chancellor of planning and assurance, said the change would make a "real and significant difference".

"There's no doubt about that, because it moves from a potentially very large, unknowable list of foreign universities being caught to quite a small number. It does seem particularly directed at Chinese universities," Professor Williams said.

Universities have pushed back strongly against their inclusion in the bill, which also gives the foreign affairs minister the power to cancel agreements that states, territories, local governments and universities enter into with foreign governments if they contradict Australia's national interest.

It is destined to become law, with Labor agreeing to support the bill when it comes before the Senate but it has flagged it will seek to make further amendments. Government MPs defended the inclusion of universities in the bill as the proposed laws were debated in the parliament this week.

"It's concerning that many universities are concerned about their institutional autonomy in relation to the way their own government will have oversight of a very small and distinct aspect of their work, when their real concern should be around the risk of their campuses being used for foreign interference," Liberal backbencher Julian Leeser said.

The University of Sydney and UNSW have proposed eight amendments, backed by university lobby groups the Group of Eight and Australian Technology Network, which they say are necessary to correct fundamental flaws.

These including removing the minister's power to retrospectively veto universities’ existing agreements, to further limit the scope to legally binding agreements, and to provide compensation when the vetoing of an agreement exposes universities to a financial loss.

Professor Ivison said the laws would impose an "unprecedented degree of interference in our universities", and pointed to the fact the foreign minister will have the power to overturn or vary agreements at any time and without needing to provide reasons for doing so.

"For a government that has called for greater protections for freedom of speech and academic freedom in other contexts – something we strongly support – to be proposing a bill that would subject the vital work of universities to ministerial intervention without recourse and without justification is disappointing," he said.

The definition of which arrangements must be reported is expansive, covering all written agreements, contracts, and undertakings, including those not legally binding. Universities must also notify the minister twice – at the start of negotiations with a foreign entity and again when entering the arrangement.

Professor Williams said this requirement would capture many inconsequential arrangements, such as emails between universities covering planning arrangements for conferences with foreign partners and even written dinner plans for conference attendees.

"Universities would be forced to divert resources away from teaching students into this big compliance exercise," he said.

He said the laws would also have a "chilling effect" on universities' decision-making processes "because we'll always have to be second guessing the possibility of variation or veto".

11/13/2020 Lifestyle Comments Off on ‘Unprecedented interference’: Universities push for more changes to foreign veto bill
Recent Posts
We and our partners use cookies on this site to improve our service, perform analytics, personalize advertising, measure advertising performance, and remember website preferences.Ok