A key climate influence for southern and eastern Australia has shifted to favouring wetter than normal conditions, raising the odds of a damp spring, a late start to the fire season and even floods.

The Bureau of Meteorology on Tuesday declared a so-called negative phase of the Indian Ocean Dipole (IOD), a gauge that compares relative sea-surface temperatures across that ocean’s basin. It is the first such negative event since 2016, the last big wet spring in south-eastern Australia. 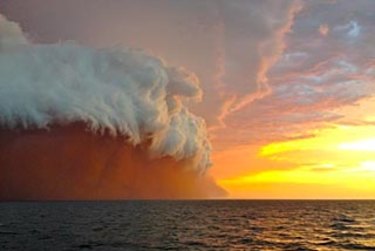 Sea-surface temperatures in the eastern Indian Ocean between Indonesia and Australia’s north-west are unusually high, a pattern than typically increases the moisture that will stream across the continent.Credit:Andrew Weldon

“We’ve been trending towards a negative IOD for three months or so,” Andrew Watkins, head of operational climate services at the Bureau, said.

“It will make farmers happier and make firefighters breathe a little easier,” Dr Watkins said. “Unfortunately with the wetter soils that we have already have [in the south-east], it could increase the flood risks a little.”

The Indian Ocean is a significant source of moisture for south-eastern Australia. Warm sea-surface temperatures off north-western WA increase convection that drives storms and creates the cloud bands streaming across the continent.

The 2016 negative-IOD was one of the strongest on record, contributing to extensive flooding including in inland NSW. While it’s too early to say how strong this event will be, it’s likely to last until late spring.

“There are fairly high odds of it being wet out to November,” Dr Watkins said. 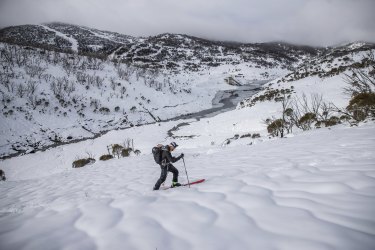 Expect more of this: negative IODs are associated with some of the better ski seasons (COVID curbs permitting). Credit: Alex Ellinghausen

Along with more rain than usual, daytime temperatures could be below average for many parts of the south and east, while overnight readings will tend to be mild.

The additional moisture, though, should produce some good dumps of snow in the Australian Alps, making up for some poor recent seasons, especially in Victoria.

Heavy rainfall in March in NSW and more recently in Victoria has made catchments relatively wet, increasing the chance of floods for some regions as well as making some farming regions waterlogged, Dr Watkins said.

How long the wetter-than-usual conditions last could be determined by conditions in the Pacific Ocean. Should we get another La Niña event, eastern Australia, in particular, could see both more rain than usual come summer and more tropical cyclones than average crossing the coast.

The Bureau said the so-called El Niño–Southern Oscillation (ENSO) is currently neutral but most of the international climate models indicate a key area in the central Pacific will cool in the coming month.

“Three of the seven surveyed models anticipate NINO3.4 will meet or exceed La Niña thresholds between September and December,” it said. “The remaining four models predict a neutral ENSO pattern to continue through to the end of 2021.”

The big March floods had a La Niña signature and such phenomena often come as back-to-back events.

Dr Watkins said that negative-IODs could help kick off a La Niña, although the interaction is still being researched. “Usually, it’s the other way around,” he said.

For fires, the damp conditions may mean a late start for the season although a wet winter and spring can lead to a build-up of grass and other vegetation near towns and cities, Dr Watkins said. Then it only needs a sustained dry and hot spell to elevate the bushfire risks anew.