Even if you don’t have an allegiance to the First Order or the Resistance (or even know what those terms mean), you probably know Disneyland’s ‘Star Wars’: Galaxy’s Edge finally opened to the public on Friday, May 31. The new land gives fans and regular park-goers alike the chance to explore the Black Spire Outpost on planet Batuu. Along with seeing the first full-scale Millennium Falcon, visitors also get to finally sip bantha milk, aka blue milk. The iconic drink from the franchise was brought to life, which might make you wonder, "What does blue milk taste like?" Galaxy’s Edge definitely serves up a tasty iteration of the iconic drink.

According to the Star Wars Wiki website, blue milk comes from female banthas, a species of mammal on planet Tattooine. It was first introduced in Star Wars: A New Hope, per the site. In the film, Luke Skywalker drinks the blue milk throughout his time on Tattooine, so it’s only natural that fans should finally get a taste of the stuff, right?

Including blue milk on the menu was very important when planning the food and drink offerings, according to Chef Brian Piasecki, one of the Disney chefs on the team that created and executed the menu. He says the team went through "over 100 versions" of the semi-frozen drink, before landing on the final product. Even as a Star Wars newbie, I was excited to try this sip that was, as Piasecki shares, four years in the making. All I can say after tasting the tropical and fruity drink is that it was time well spent. As soon as you sip the icy beverage, which has a slush-like consistency, you immediately know you’re tasting some type of tropical fruit. Piasecki wasn’t quick to share some of the ingredients that are actually in the drink, making me take a guess first. I correctly named the pineapple in the drink, but he finally helped me out on the other two prominent fruits: dragonfruit and watermelon. With no Dole Whip, a Disney favorite, to be found in the Black Spire Outpost, blue milk is sure to quench your thirst and make your sweet tooth happy.

Fans living the dairy-free life will be happy to know blue milk doesn’t contain any cow’s milk, as it’s made with rice milk and coconut milk. As for how they got that blue color, the milk-makers on planet Batuu are keeping that tidbit under wraps.

Now, if you are really excited to try blue milk, you’ll probably also want to give the green milk from 2017’s Star Wars: The Last Jedi a taste as well. For a refresher the green milk comes from female thala-sirens, large marine mammals, on planet Ahch-To, per the Star Wars Wiki website.

Before I get into how the green milk fares, let me fill you in on where you can pick up these refreshing sips. You can pick up a glass of blue milk and green milk for $7.99 each at the Milk Stand, which is situated right between the Droid Depot and First Order Cargo. If you see Storm Troopers walking around, you’re probably in the right place. 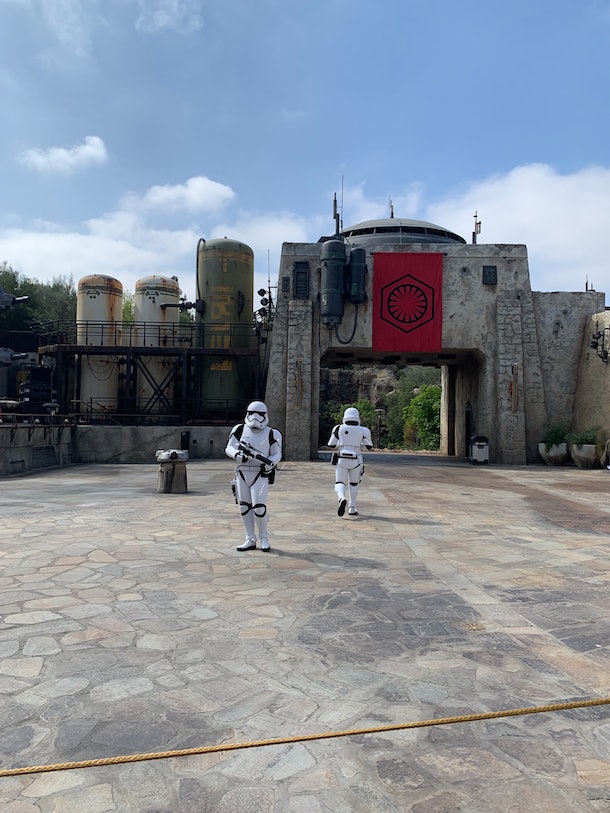 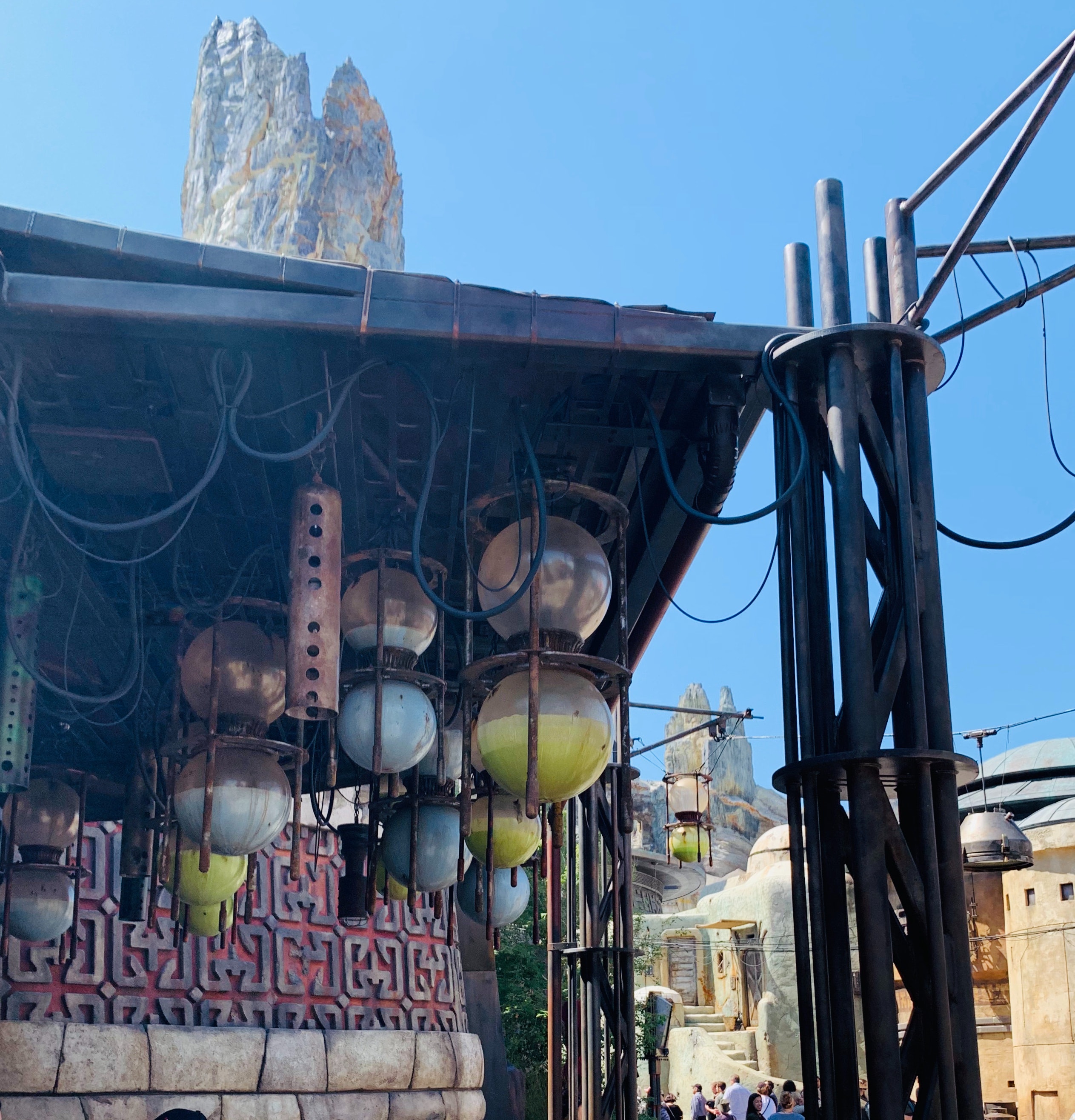 The green milk won’t give you as big of a burst of fruity flavor as the blue milk. While also semi-frozen and made with rice milk and coconut milk, the green milk differs from its blue counterpart, thanks to a more citrus and floral flavor. Rather than being transported to the tropics, a sip of the green milk will conjure up more of a herbaceous and woodsy feel. I would compare it to, like, the most subtle wheatgrass shot you’ve ever taken. With both drinks, the flavors that come through are not what you might initially expect, based on their colors. 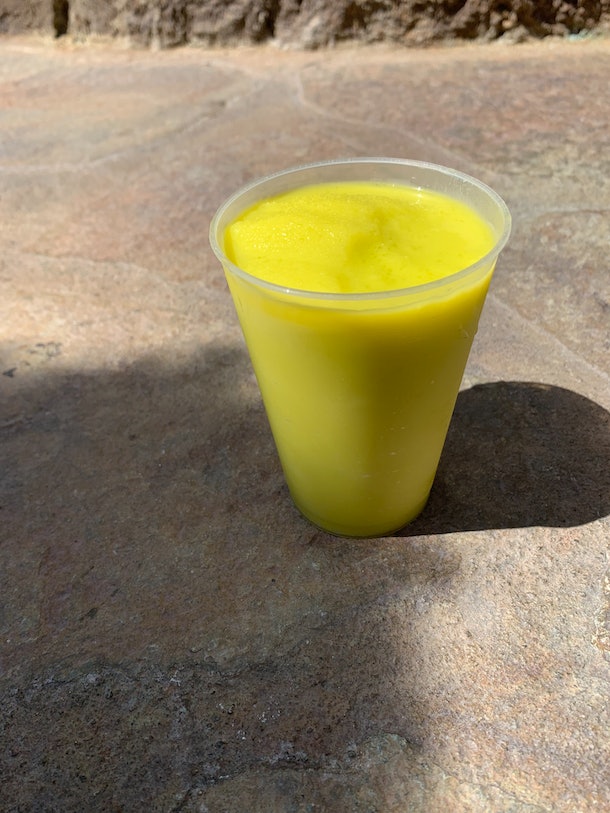 There’s no denying there are noticeable differences between the blue milk and green milk, so it might be tough to make a decision. If you want really drink like a Batuu local, though, you can always try both. There is plenty to keep you busy in the Black Spire Outpost, from piloting the Millennium Falcon to building your own droid at the Droid Depot, so I’m sure you’ll work up enough of a sweat to give both drinks a taste. Plus, you’ll need something to wash down bites like Fried Endorian Tip-yip and smoked Kaadu ribs. Keep in mind you’ll need reservations to see the land until June 23, but after that, Galaxy’s Edge is open in Disneyland all year round, no reservations needed.

Even if you still don’t find yourself aligning with the First Order or the Resistance by the end of your trip to Batuu, you might just find yourself on "team blue milk" or "team green milk."

05/31/2019 Lifestyle Comments Off on What Does Blue Milk Taste Like? Here’s What To Expect At ‘Star Wars’: Galaxy’s Edge
Recent Posts