Gwen Stefani and Blake Shelton only recently announced their engagement on Oct. 27 but ‘The Voice’ judges could be tying the knot before the end of the year!

Blake Shelton, 44, and Gwen Stefani, 51, just might be saying their “I do’s” sooner than expected! The “God’s Country” crooner and the “Make Me Like You” songstress announced their engagement on October 27, after five years of dating. And HollywoodLife spoke EXCLUSIVELY with a few sources close to the engaged couple who said that The Voice judges might be tying the knot “at the end of the year”.

“Blake and Gwen are thinking about doing a couple things, both intimate and a big party with friends down the line after COVID is done with for their wedding plans,” one pal said. “They want family and friends to be involved in their big day, but there is obviously details changing day in and day out. They are busy working right up until Christmas but they have thought of possibly doing something at the end of the year with themselves and close family. 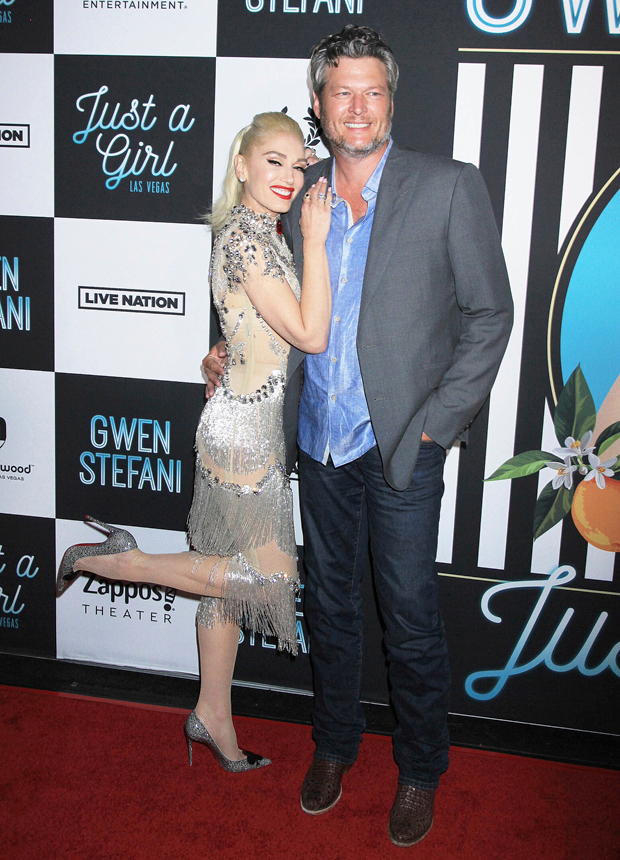 “They took their time and the engagement part of things was perfect. So whatever they decide for their marriage day is going to be in Gwen’s hands and just as perfect,” Gwen has three sons – Kingston, 14, Zuma, 12, and Apollo, 6, — from her marriage to Gavin Rossdale, and Blake has taken to the father role like a pro. “Her kids are going to be a part of [the wedding party], she wants it to be such a special day and Blake is all for what Gwen wants because they want this to be their forever.”

A second source close to the country music star said, “Blake is being pretty tight-lipped about sharing any wedding details at this point because he doesn’t want to ruin any surprises. Blake and Gwen have always played by their own rules so their friends wouldn’t be surprised if they got married by the end of this year. Especially with everything going on with COVID, they could possibly tie the knot in the chapel on their ranch where Blake proposed to Gwen, surrounded by just their loved ones. When Blake popped the question, he was more than ready to get married so that’s always a possibility and it might make the most sense.”

News broke of the happy couple’s engagement with an Instagram picture of them standing inside the chapel Blake built for Gwen on his property in Oklahoma. “Blake is letting Gwen take charge of the planning, whatever makes her happy, but it won’t be a big surprise to anyone if they opt to do something very low key and intimate on their property in Oklahoma,” another friend close to the A-listers revealed. “If the virus wasn’t a factor throwing a big party with all their friends and family would be the way they’d go but that could mean waiting a very long time so odds are they will do this sooner rather than later and just invite family. Of course, they’re both so busy right now the planning has had to take a back seat but whatever they decide it will be perfect because Gwen has impeccable taste.”

Gwen showed off a huge engagement ring while planting a huge smooch on Blake in a snapshot she captioned, “Yes please!” But on Nov. 15 the No Doubt frontwoman finally gave fans a close-up view of her bling when she posted several videos of herself waiting in the car while Blake attended the People’s Choice Awards. She flashed her massive sparkler in front of the camera while filming the selfie clips.

11/18/2020 Lifestyle Comments Off on Why Blake Shelton & Gwen Stefani’s Friends ‘Wouldn’t Be Surprised’ If They Got Married Before 2021
Recent Posts
We and our partners use cookies on this site to improve our service, perform analytics, personalize advertising, measure advertising performance, and remember website preferences.Ok