Sharing her story. Nearly eight years after Danica Patrick got breast implants, she had them removed after experiencing strange symptoms.

Celebs Who’ve Had Their Breast Implants Removed — and Why

“I wasn’t sure I was ready to share this, but then I remembered that true vulnerability is sharing something you’re not really ready to,” the former NASCAR driver, 40, wrote via Instagram on Friday, April 29. “I got breast implants [in] November of 2014. I got them because I want to have it all. I was really fit, but I didn’t have boobs. So I got them. Everything went well, and I was happy with them.” 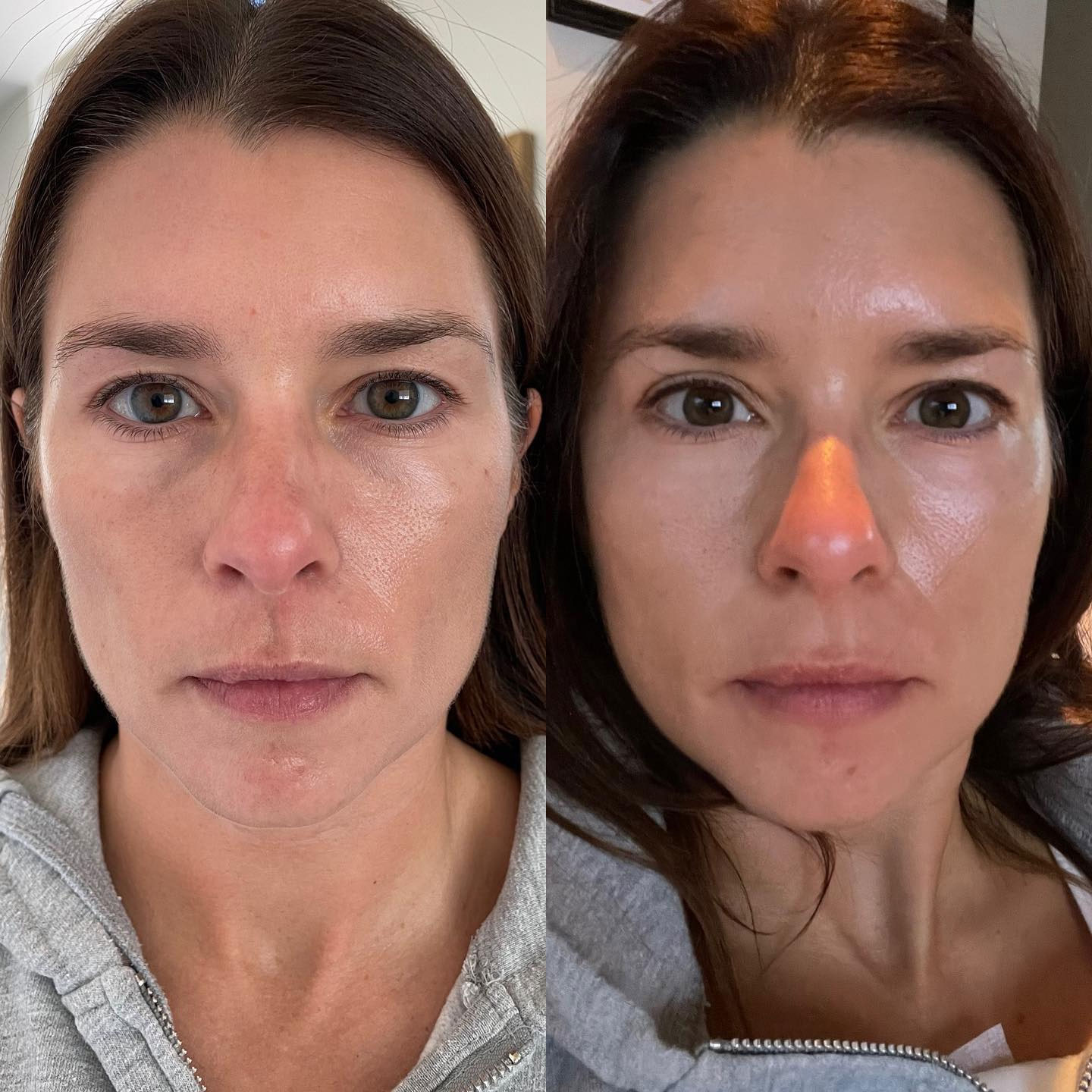 Three years later, Patrick noticed that her hair “was not as healthy” and started to break off. She also had gained weight with “no luck losing” the extra pounds.

“Then fast forward to late 2020 and the wheels came off,” the Wisconsin native wrote in her social media post. “I had cycle irregularity, gained more weight, my hair wasn’t looking healthy at all and my face was a different shape (weird I know). So I went down the rabbit hole to figure it out. I did every test that could be done.”

Patrick — who confirmed her split from boyfriend Carter Comstock last month — underwent a variety of “out-of-range” medical exams based on her symptoms, which included hypothyroidism, heavy metal toxicity, dysbiosis, severe leaky gut and hypoglycemia. After receiving her test results, the “Pretty Intense” podcast host went under the knife on Wednesday, April 27, to have the implants taken out of her chest.

“Within hours after surgery this is what I noticed — my face had more color and less dark circles (no food before the second pic), my face started producing oil again, I could take a 30 [percent] deeper breath into my chest already,” she added in her Instagram post. “And I had so much energy when I woke up (and surgery was at 230pm).”

The Somnium Wine founder shared an additional post-op update via her Instagram Story on Friday, writing, “Feeling … well nothing, I was pretty hopped up on meds riding home. But look at my face color!”

Amid Patrick’s recovery, she has taken an array of homeopathic medications and tried red light therapy to help her mitochondrial health. The Pretty Intense author has been a big advocate of therapy in general over the years, often equating it to how she’s moved on after a breakup.

“[A relationship is] more indicative of the work that this person has done before you ever met them,” Patrick exclusively told Us Weekly in September 2021, noting that relationships are “not easy” and take a significant amount of work to maintain. “You know, the idea that you’re going to change someone is a pipe dream. Like, it’s just … someone has to want to change for themselves.”

She added: “[It’s about] finding someone that has that kind of quality and that also fits you in so many ways. … That’s the other part is, you know, you’ve got to like doing everything together.”