Hollie Hepler is now 31 but vividly remembers the day, at age 16, she was told she would never be able to carry a child or give birth.

“I was sitting in the room with my mom and a nurse came in, and she was shaking and said, ‘Honey, I’m so sorry,'” recalled Hepler, who was diagnosed with Mayer-Rokitansky-Küster-Hauser (MRKH) syndrome, a disorder that causes the vagina and uterus to be underdeveloped or absent.

In Hepler’s case, though she was born without a uterus, she was told by doctors she was otherwise fine medically, including having fully-functioning ovaries.

“The diagnosis spiraled me into a decade, probably, of fear and insecurity and just having to let go and have faith,” she said. “I wasn’t even thinking about being a mom at that time, but I always knew I wanted children.”

When Hepler met her husband, Joe, in her 20s, she told him early on in their relationship about her inability to carry a child.

“His exact words were, ‘You’re going to have to do and say a lot more to get rid of me,'” Hepler said.

The couple wed in 2014, and it was Joe who proved to be her link to motherhood in an unlikely way.

Just one year after they wed, Joe Hepler’s younger sister, PJ Willis, drove to the couple’s South Florida home and told her brother and sister-in-law that she wanted to carry their child.

“Before I had children, when I found out that Hollie couldn’t have children, in my mind, I thought, ‘Oh I could do that for her,'” said Willis, now 28. “When it came to be a real possibility, I was in a season of my life of trying to figure out my future.”

“I had just gotten married and had time to self-reflect, and I thought it was time to start having our children so we could have theirs later,” she said.

Willis, an emergency room nurse in Gainesville, Florida, and her husband had two daughters, who are now 3 and 2 years old.

While Willis was having her own children, Hollie Hepler began researching what it would take to use a gestational carrier, a woman who carries a pregnancy and gives birth to a child for another person or couple.

“For three years, I just did a lot of research and asked a lot of questions to figure out what it would look like,” she said. “I didn’t even know if a sister-in-law could do that.”

After feeling discouraged by other doctors, Hollie Hepler, now living in Lakeland, Florida, turned to Dr. William Schoolcraft, a pioneer in fertility medicine and founder of the Colorado Center for Reproductive Medicine. She had a phone consultation with the doctor in early 2018.

“This [was] the first time in three years that I felt like someone was telling me that it was possible and not making me feel insecure about my syndrome,” she said. “I got off the phone and said, ‘Joe, we’re going to have a baby,’ and we just cried. It felt like the picture became clear for us.”

Soon, the Heplers began traveling back and forth between Florida and Colorado for appointments and testing. Hollie had to have her eggs retrieved and Joe his sperm, so the baby Willis would carry would be biologically their own.

“Hollie understood this was just an anomaly she was born with, but together, they could create their own genetic baby, and after it was born it would just be their baby like any other,” said Schoolcraft. “Their family’s life was going to be normal, but there was just this nine-month detour to get there.”

Willis also had to travel to Colorado near the end of the Heplers’ in-vitro fertilization (IVF) process and underwent injections to prepare her body for pregnancy. Last September, the embryo of Hollie and Joe Hepler’s baby was transferred to Willis’s uterus.

“We sat in the hotel room in Colorado and cried and laughed while [Willis] was on bed rest,” recalled Hollie Hepler. “Nine days later, we found out we were pregnant.” 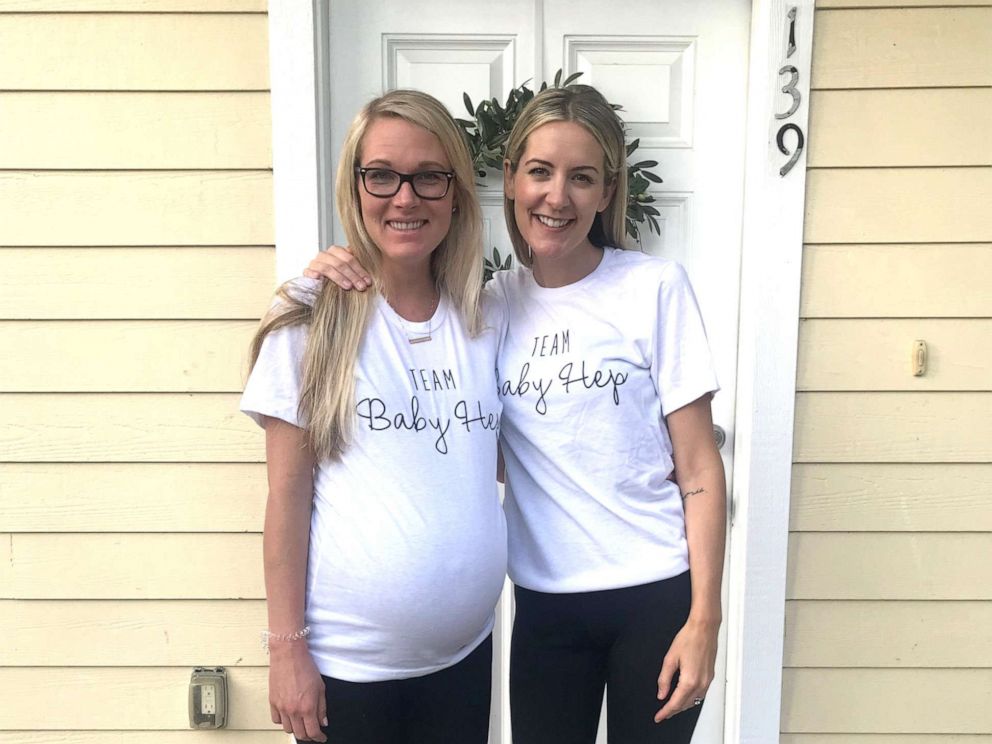 The two couples nicknamed themselves “Team Baby Hep” as they underwent Willis’ pregnancy together.

“That was one of my biggest goals, keeping Hollie part of the pregnancy. I never wanted her to feel disconnected,” Willis said. “I would send her pictures constantly, play her voice memos for the baby and always made sure she was the one making decisions.”

The couples also relied on the support of family and friends, both financially and emotionally. A GoFundMe page set up by the Heplers’ friends in Lakeland, raised more than $14,000 to help them cover the costs of treatment, according to Hollie Hepler.

“Our story has involved family and friends from across the country and everyone has rallied,” she said. “I think that’s the miracle of it, that it has taken the support of this team to bring this miracle to pass.” 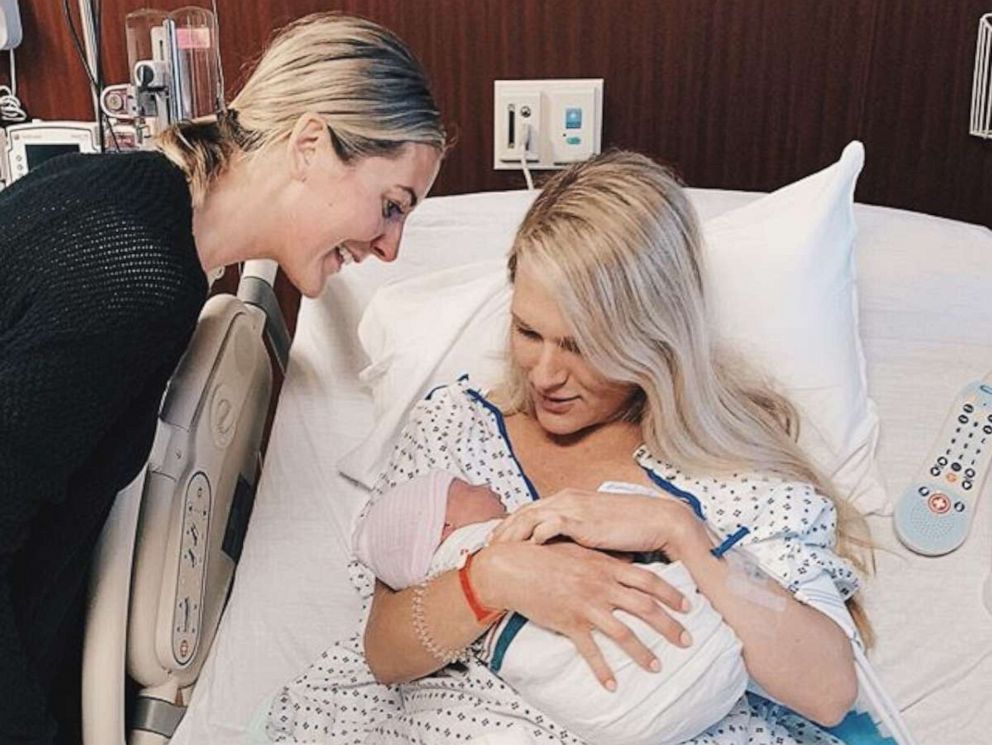 “My mom was there in the delivery room, and it was a real redeeming moment for both of us,” said Hollie Hepler. “I kept thinking, this was a part of the plan, this was God’s plan the entire time.”

Hollie Hepler said in the week that she’s been at home with her son, she’s had flashbacks of the 15 years she spent thinking she would never have a child of her own.

“I see now how it all just worked out,” she said, describing feelings of “relief and great joy and hope.” 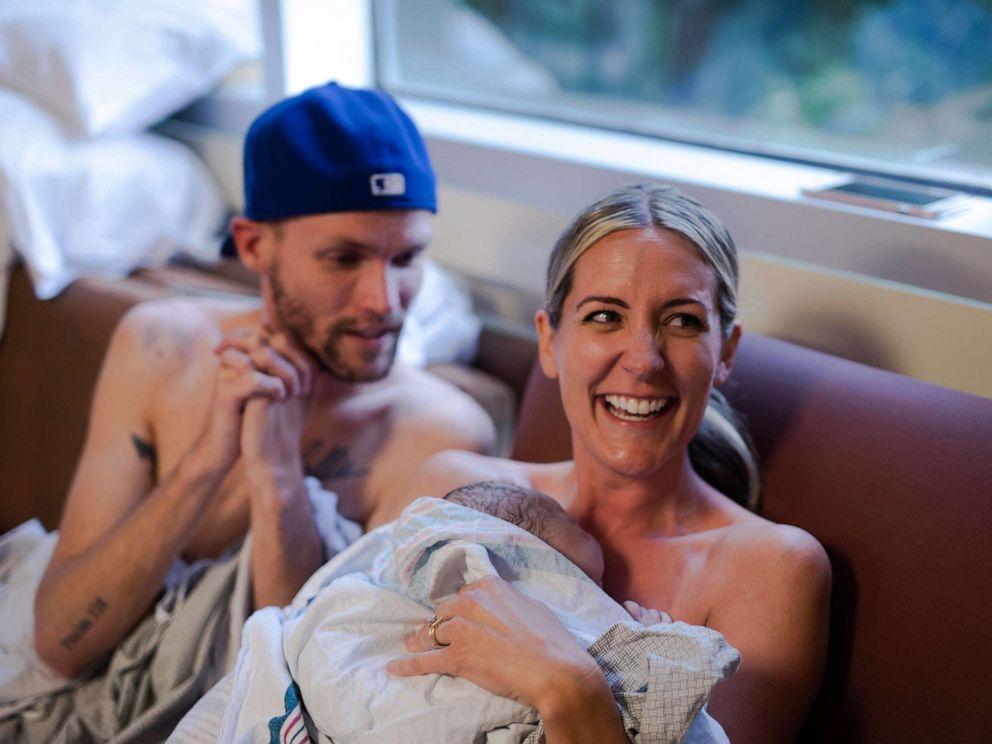 Willis, who is recovering well from the delivery at home in Gainesville, said she is reflecting on the miracle of what happened and enjoying watching her brother as a dad.

“He’s doing amazing as a dad. He’s super calm and just loves to snuggle him,” she said. “The biggest thing that I learned is when you feel that nudge, even if you’re scared and don’t know how it’s going to work out, just go for it.”

“You learn so much and you grow and you realize that you’re stronger than you think and you get to see a miracle,” Willis said.