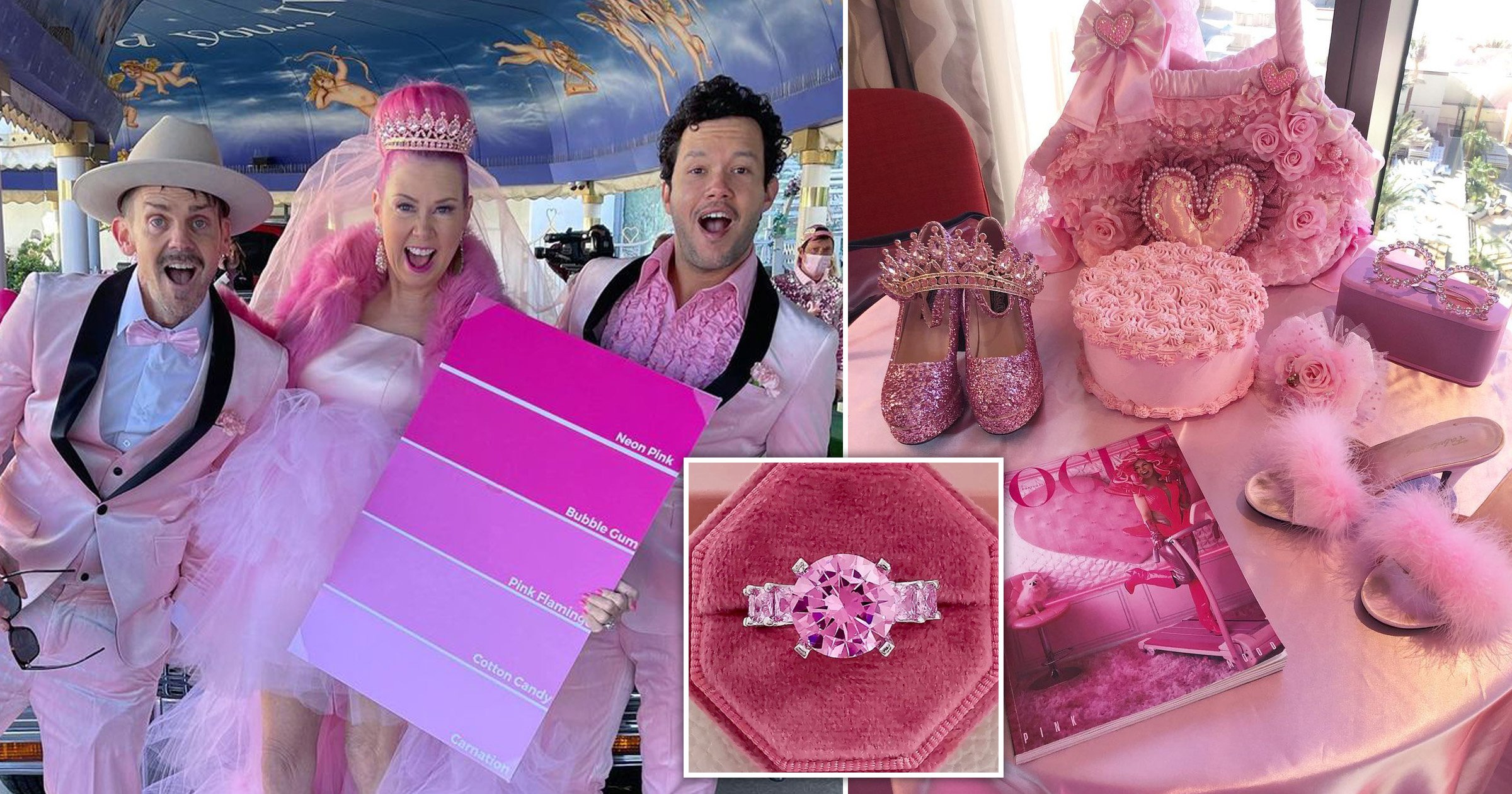 The rules of marriage are no longer as limited as they once were.

Marriages between a person and an inanimate objects – from trees, to train stations – are not unheard of. You can even get married to yourself.

But one union that we haven’t seen before, is a person marrying a colour.

Kitten Kay Sera might have made history by formally getting married to the colour pink – after ‘dating it for 40 years’.

The 57-year-old, originally from Houston, Texas, is known as the ‘pinkest person in the world’, and says she initially fell in love with the traditionally feminine shade on her 20th birthday.

She was choosing an outfit to wear to her party, and settled on a pink top, pink fluffy skirt, pink shoes and pink accessories. The love affair blossomed from there.

She says wearing pink every day makes her ‘feel fantastic’, and she claims to have spent £1million over the years transforming her wardrobce, car and home into an entirely pink paradise.

The next logical step for Kitten was to make her love for pink official – by putting a ring on it.

For the ceremony, Kitten arrived in a pink Chevrolet, and gave herself a pink ring. Obviously, she was also dressed head-to-toe in pink as well. The food and decorations were also exclusively rosy-hued.

The wedding took place in Las Vegas in glorious sunshine. The bridesmen all wore pink suits and sprinkled pink petals on the ground.

Then it was Kitten’s turn to walk the aisle. Her voluminous pink dress was short at the front with a pink train at the back, and she held on to a piece of cardboard depicting different shades of pink. At the end of the aisle, she hopped into her pink Cadillac and gave the cardboard a kiss to seal their union.

Later she also had a first dance with the shades of pink.

In a post on Instagram, Kitten said it was the ‘biggest day’ of her life and shared pictures of her wedding cake, which was topped with a pink swan.

‘A very special thank you to @bigsugarbakeshop WOW!!! My wedding cake & cupcakes were fantastic!’ she wrote. ‘I am so honored to have you featured at the biggest day of my life!’

The ring she gave herself for the ceremony is an enormous pink diamond by rare jewellers Harry Winston. And for the vows – instead of using the Bible, Kitten chose to swear over a copy of Vogue with a vibrant pink cover.

We hope they have a long and happy life together.

Rush Hour Crush – love (well, lust) is all around us

Tell us about your Rush Hour Crush by submitting them here, and you could see your message published on the site.