Workers have suffered the biggest cut in the purchasing power of their wages in 20 years with no sign employers are offering fatter pay packets to help deal with staff shortages.

In figures that put pressure on the Reserve Bank and the federal government, the wage price index increased by a less-than-expected 0.4 per cent through the three months to the end of June. 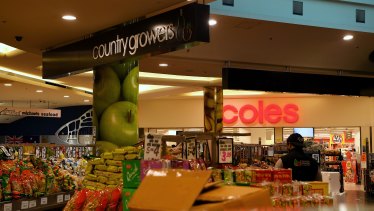 The Australian Bureau of Statistics reported wages over the past 12 months grew by 1.7 per cent. Over the same period, inflation rose by 3.8 per cent.

The fall in real wages, at 2.1 per cent, is the largest since mid-2001 and has occurred during a period of the largest increase in house prices – and average mortgages – in more than three decades.

The Reserve Bank had started cutting official interest rates in 2019 to help lift wages growth. Bank governor Philip Lowe believes wages growth has to be above 3 per cent, a level not reached since March 2013.

Some businesses have reported a shortage of workers, due in part to the closure of the international border, but the figures suggest companies are yet to offer higher wages to entice people into the workforce.

Private sector wages grew by 0.5 per cent in the quarter for an annual increase of 1.9 per cent. Public sector wages lifted by 0.4 per cent, with the annual rate falling to an all-time low of 1.3 per cent.

The ABS’ head of price statistics, Michelle Marquardt, said the 0.4 per cent result was one of the lowest ever recorded by the bureau.

“Apart from a few isolated examples of skills shortages placing pressure on employers to meet expected market rates, the [0.5 per cent] private-sector wage growth recorded over the quarter was generally subdued,” she said.

Over the past year, the largest wage increases have gone to the other services sector (2.6 per cent), professional services sector (up by 2.5 per cent) and construction (2.2 per cent) while workers in the arts and recreation sector have experienced a nation-low increase of 0.9 per cent.

Shadow treasurer Jim Chalmers said wages were weak before the pandemic, had remained weak throughout with no sign of an improvement any time soon.

“Putting aside what the figures tell us today, when Australians can return to work Scott Morrison has made sure they will have a cut to their wages,” he said.

Early in the pandemic, many employees accepted pay cuts in a bid to stay in work. The ABS found that after discounting those temporary reductions, wages growth would have been just 1.6 per cent over the past year.

“The slowing in the recovery in the labour market, and the bumpy ride for the economy through the rest of 2021 and into 2022 will be a drag on wages momentum in the near term,” she said.

The Asia Pacific economist for Indeed, Callam Pickering, said private-sector gains outpacing the public sector was “unusual during a recession and economic recovery”.

In November, the federal government removed a 2 per cent pay increase cap on public servants to bring them more in-line with the private sector. This means the federal public service no longer has pay rises cushioned during economic downturns, but won’t be able to exceed public sector pay rises. Public sector wages in many states were frozen during the height of the pandemic last year.