Green Bay Packers quarterback Aaron Rodgers, who tested positive this week for COVID-19, defended his decision not to get vaccinated and blasted the “shaming cancel society” for the criticism he’s received.

Appearing on the “Pat McAfee Show” on Friday, Rodgers said being vaccinated doesn’t make anyone less likely to get or spread the virus and that he is entitled to “bodily autonomy” to decide about the vaccine. 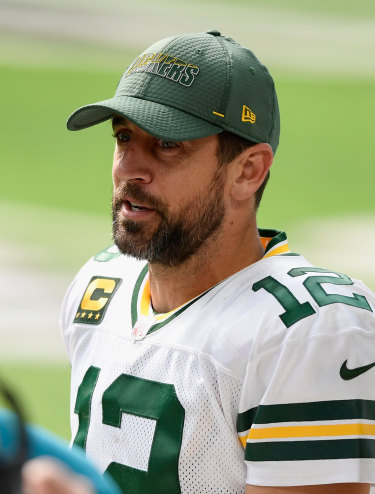 “I realise I’m in the crosshairs of the woke mob right now,” Rodgers said. “So before my final nail gets put in my cancel culture casket, I would like to set the record straight on so many of the blatant lies that are out there about myself. I tested for COVID over 300 times before testing for possible positive and I probably got it from a vaccinated player.”

He had a lengthy, mostly one-sided conversation on the show, stating why he has refused the vaccine and sharing his opinion that the NFL’s protocols aimed at keeping personnel safe aren’t working and aren’t rooted in science.

He also said his conversation with a league doctor produced a factual error about the vaccine – that it would prevent all spread.

According to Pro Football Talk, the NFL says no such conversation took place, or even could have taken place.

In making his decision not to get vaccinated, Rodgers said he compiled hundreds of pages of research on the vaccines and found he’s allergic to an ingredient in both the Pfizer and Moderna products. He also said he wasn’t happy by potential side effects of the Johnson & Johnson vaccine.

Plus, Rodgers – who is engaged to actress Shailene Woodley – said he sees fatherhood in his future, and he knew of long-term study that addressed how the vaccine could impact fertility.

“This vaccine is revolutionary, however we don’t know a whole lot about it,” the 37-year-old said.

I tested for COVID over 300 times before testing for possible positive and I probably got it from a vaccinated player.

Rodgers said he isn’t against vaccinations in general but that there is another way to go. He explained what he meant when he told reporters he was “immunised” when he was asked whether he’d been vaccinated.

“I’m not an anti-vax, flat-earther,” he said. “I found a long-term immunisation protocol to protect myself and I’m very proud of the research that went into that.”

He said he took advice from Joe Rogan, a podcast host who had COVID-19, who shared his recommendations. 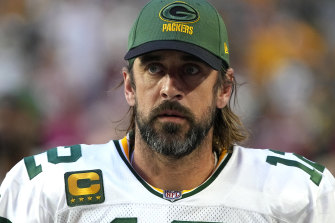 The reigning league MVP said he has been compliant with the league’s COVID-19 protocols, masking at the facility, staying isolated from teammates and following regulations that limit his movement on the road. He said he violated rules only by going unmasked at news conferences but didn’t see the need since he was in a room with fully vaccinated people.

Under league protocols, Rodgers is tested daily before heading onto the practice field and said he must sit in his car for 30 minutes while the rapid test is processed. He said daily testing makes him safer to be around than any vaccinated person, adding the unvaccinated are “being made to think we’re the dangerous ones, we’re the superspreaders.”

“This idea that it’s the pandemic of the unvaccinated is just a total lie,” Rodgers said. “If the vaccine is so great, then how come people are still getting COVID and spreading COVID?”

Rodgers said he had symptoms beginning on Tuesday night, tested positive on Wednesday but felt much better on Friday. He must be away from the team for 10 days, keeping him out of this Sunday’s game against the Kansas City Chiefs. Jordan Love will make his first career start in Rodgers’ place.