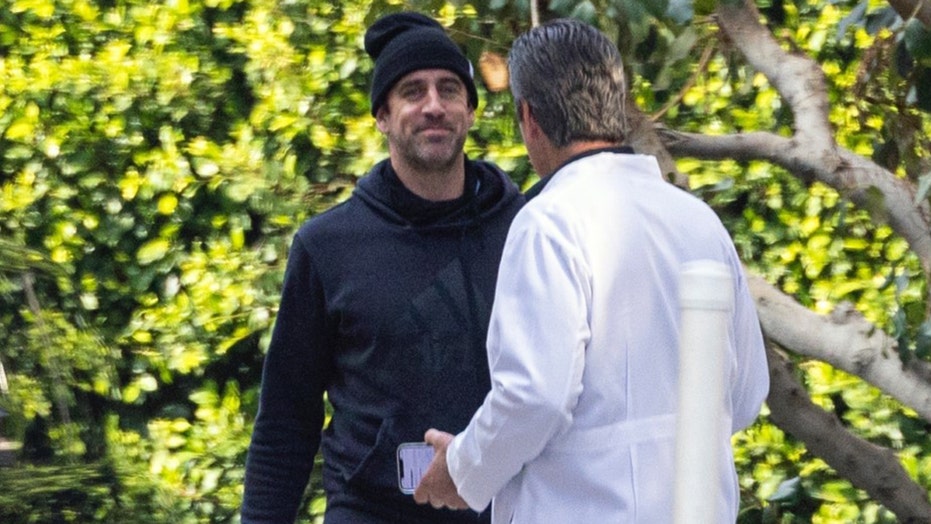 Aaron Rodgers was spotted outside a Los Angeles doctor’s office walking with a renowned orthopedics and sports medicine physician Friday with the Green Bay Packers on a bye this week.

Rodgers was seen walking with Dr. Neal S. ElAttrache in the parking lot outside the offices of Kerlan-Jobe orthopedics. ElAttrache is a specialist in sports medicine as well as shoulder, elbow and knee injuries. He’s the chairman of the Kerlan-Jobe Orthopaedic Foundation and the head team physician for the Los Angeles Dodgers and Los Angeles Rams, according to his personal website. 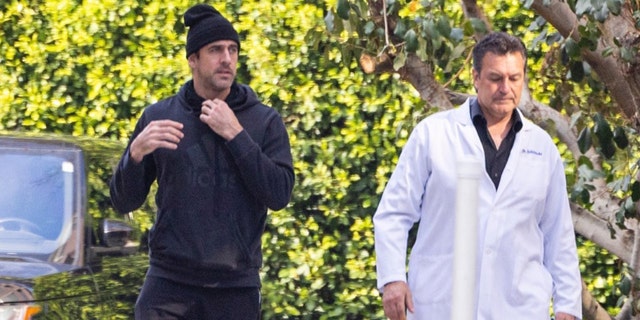 Aaron Rodgers was in Los Angeles as the Packers were on a bye week.
(4CRNS, WCP / BACKGRID) 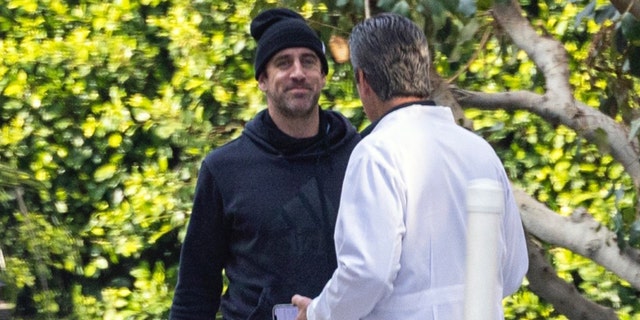 Earlier this week, Rodgers’ drama over his vaccination status was back in the spotlight after the NFL suspended Tampa Bay Buccaneers players Antonio Brown and Mike Edwards and free agent John Franklin III after they misrepresented their COVID-19 vaccination status to the league.

Many wondered why Rodgers was only fined for his ordeal.

Rodgers played with wording about his vaccination status when he talked to reporters and eventually said on “The Pat McAfee Show” he was working with the league to try and avoid being labeled as an unvaccinated player by doing certain homeopathic treatments. The NFL determined the treatments didn’t suffice and he was labeled as unvaccinated. 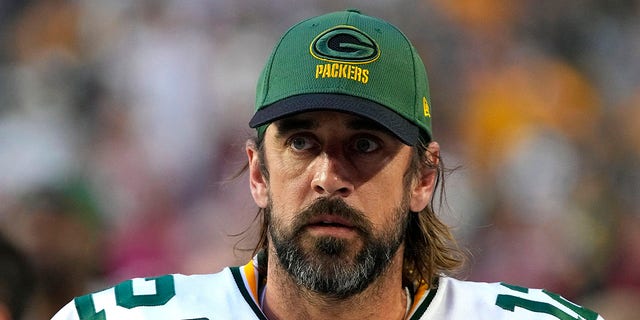 The NFL and the Packers knew he wasn’t vaccinated.

Brown and Edwards were a part of a Bucs team that touted its 100% vaccination status until last month when an investigation was launched following a bombshell Tampa Bay Times’ report.