Vivianne Miedema has hinted at a possible future move to Feyenoord after they created a women team for the first time ever.

The Dutch side announced the news last week and life-long fan Miedema took to social media to congratulate them. 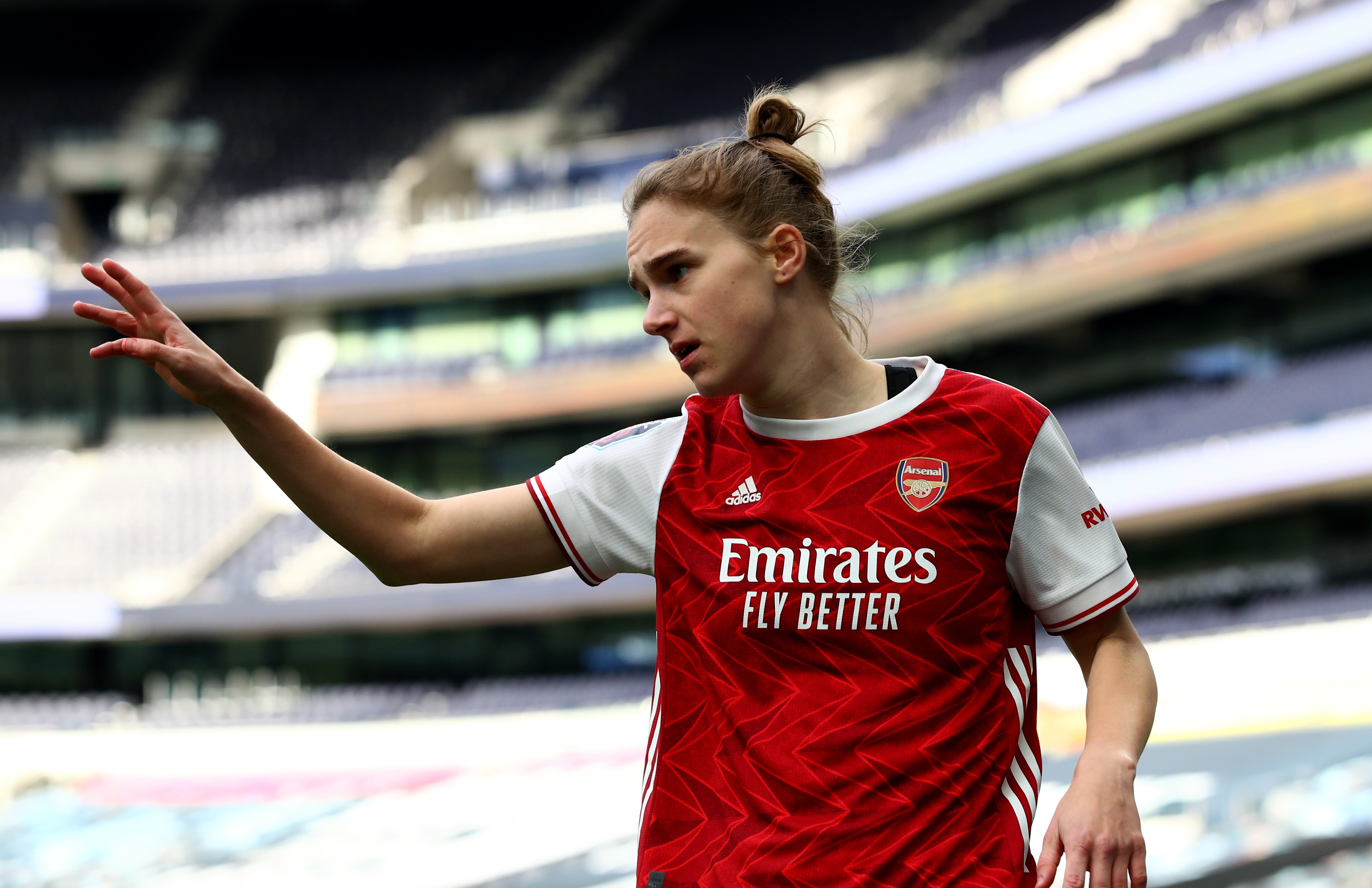 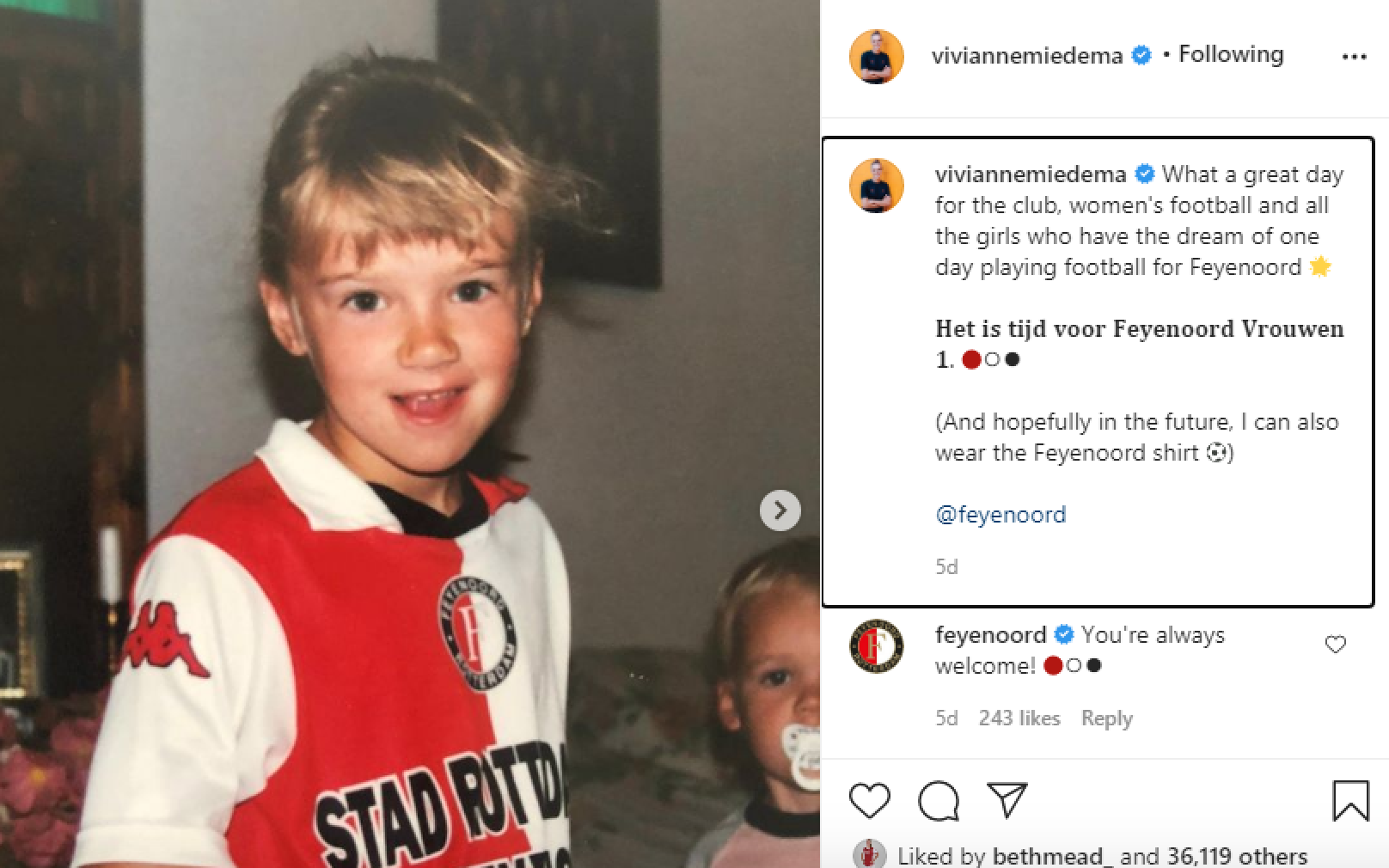 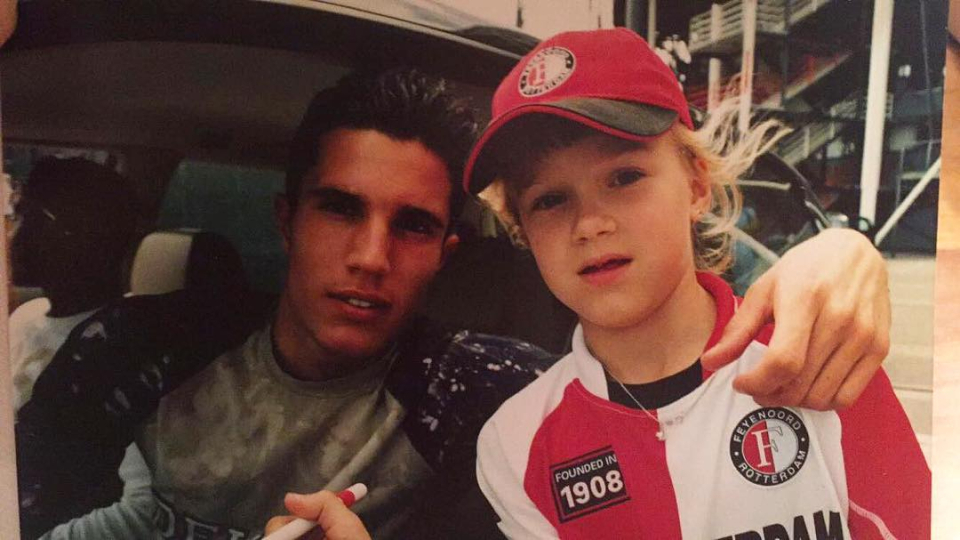 The Arsenal ace posted a pic on Instagram as a child donning the Eredivisie giants kit and shared her desire to play for them one day in the caption.

She said: "What a great day for the club, women's football and all the girls who have the dream of one day playing football for Feyenoord.

"And hopefully in the future, I can also wear the Feyenoord shirt."

She was welcomed to the club with open arms who wrote, "You're always welcome!" under the post.

The 24-year-old's current contract with the Gunners runs out at the end of next season and she is yet to commit her future to the club.

Despite not yet singing a new deal she has said she has no plans to leave and would like to continue at the highest level.

She said: "I have no plans to leave I want to play against as many opponents as possible and at the highest level imaginable that is here in England," the Islington Gazette reported.

Current Gunners boss Joe Montemurro announced his departure from the club at the end of the season and it remains to be seen if this will have an affect on Miedema's decision.

And a move back to her homeland will see her follow in the footsteps of her idol Robin Van Persie who played for the club when she was a child.

He has had a major impact on her career thus far, and was one of the factors in her joining Arsenal.

In the stuff made of dreams, Miedema emulated her childhood hero when she surpassed his 50 goals to become the national team's all-time top scorer, which he congratulated her for.

She said: "When I grew up he (Van Persie) was my idol.

"I overtook him as top goal scorer for the nation.

"It was amazing he actually sent me a video and all that it was really cool.

"He was just amazing, that’s the type of number nine I want to be.

“Im a Feyenoord fan in Holland but with Van Persie going to Arsenal I've actually been an Arsenal fan.

"I was an Arsenal fan when I was younger , I had all the shirts.

"Everyone knows I’ve always been a Van Persie fan he was a big hero here In England as well and so I love players like him." 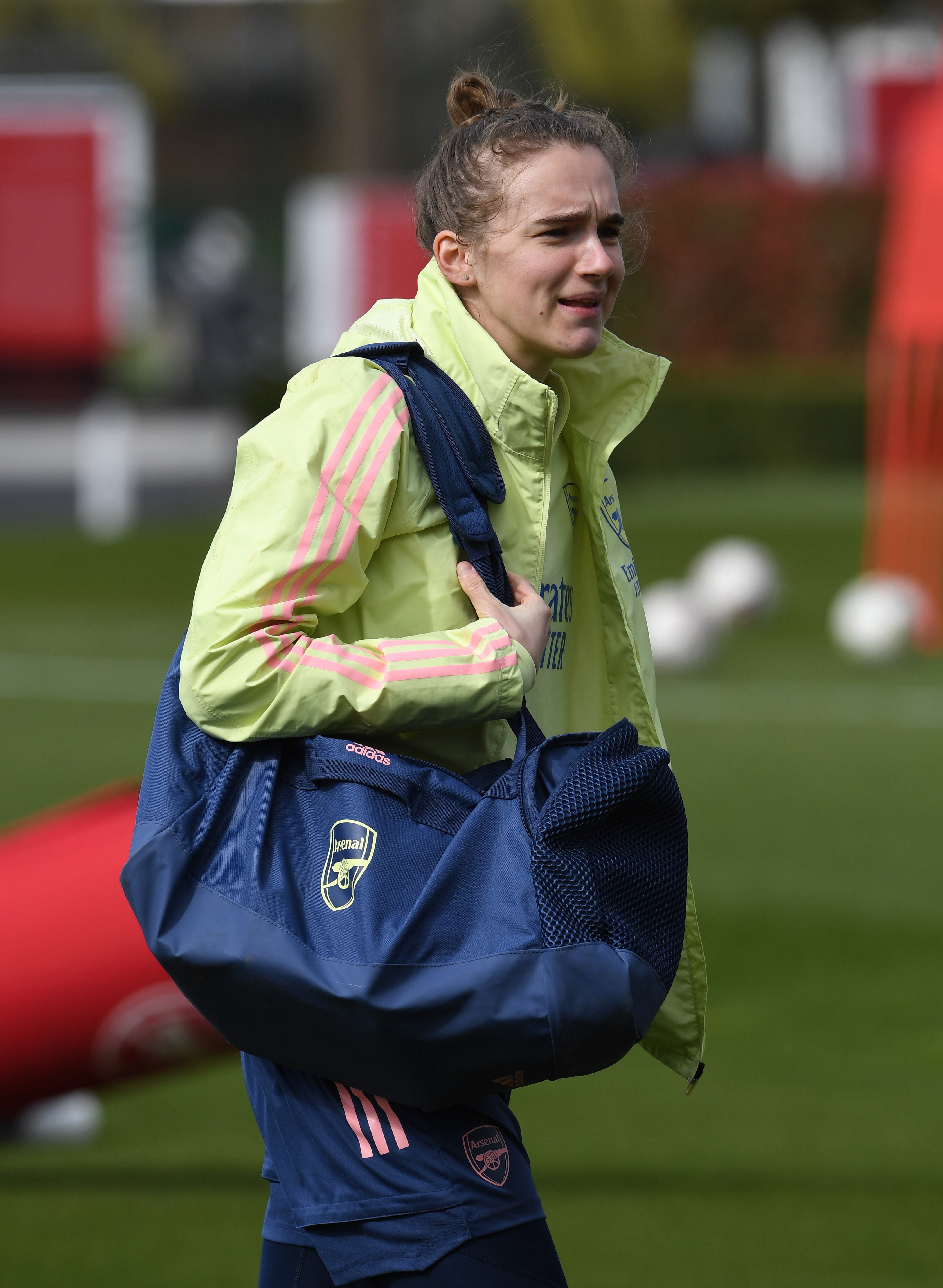