Mikel Arteta's side host bitter rivals Tottenham on Sunday afternoon in a key clash for both sides. 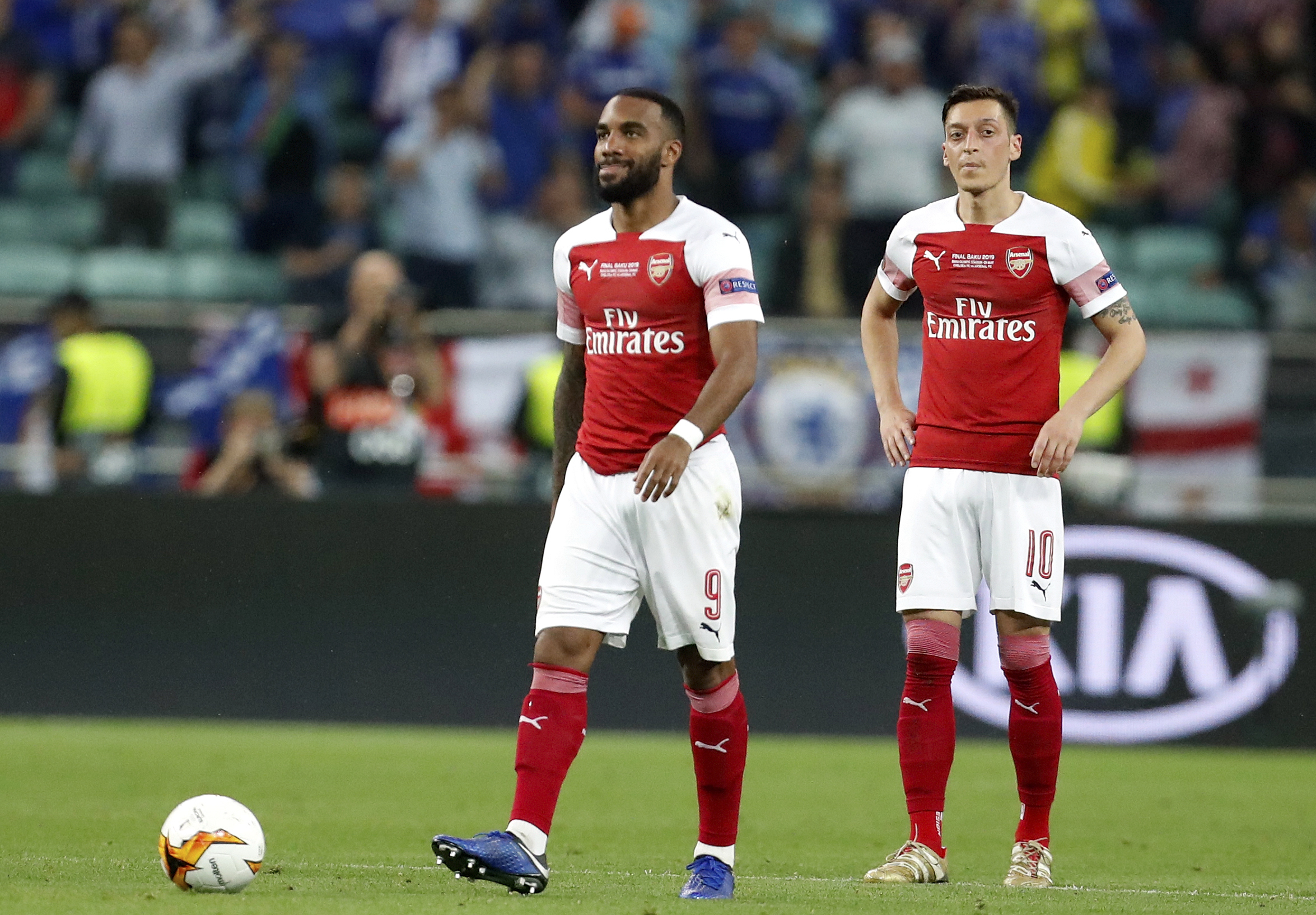 But it is Lacazette's attire ahead of the game which has caught the eye of Arsenal fans after he wore an Ozil-branded bandage on his finger.

Ozil departed the Emirates for Fenerbahce in the January window following a turbulent last 12 months at the club.

The German had been left out of Arsenal's Premier League squad for the first half of the 2020-21 campaign before eventually getting his move to Turkey at the beginning of this year.

And it is Ozil's tumultuous relationship with the Gunners faithful that has led many of them to question Lacazette's decision to wear the bandage during training.

One supporter said: "He needs to be Sold in summer…This Ozil influence still there in the players."

Another added: "No wonder he's not scoring goals."

BETTING SPECIAL: GET EITHER KANE OR AUBAMEYANG TO SCORE IN THE NORTH LONDON DERBY AT 33/1

And a third said: "That's why he's going at the end of the season."

Arsenal head into the North London Derby on Sunday seven points off Tottenham in tenth place.

Meanwhile, Spurs are looking to move into fifth place with a victory, a win which would take them to within three points of Chelsea.

But the Lilywhites have not triumphed away at Arsenal in the Premier League since 2010 when they came from two goals down to claim a famous 3-2 win.