IF ever Mikel Arteta needed reminding he lacks a proper central playmaker, this was it.

Arsenal had ZERO shots on target in the first half of their 1-0 victory at Brighton as they failed to click. 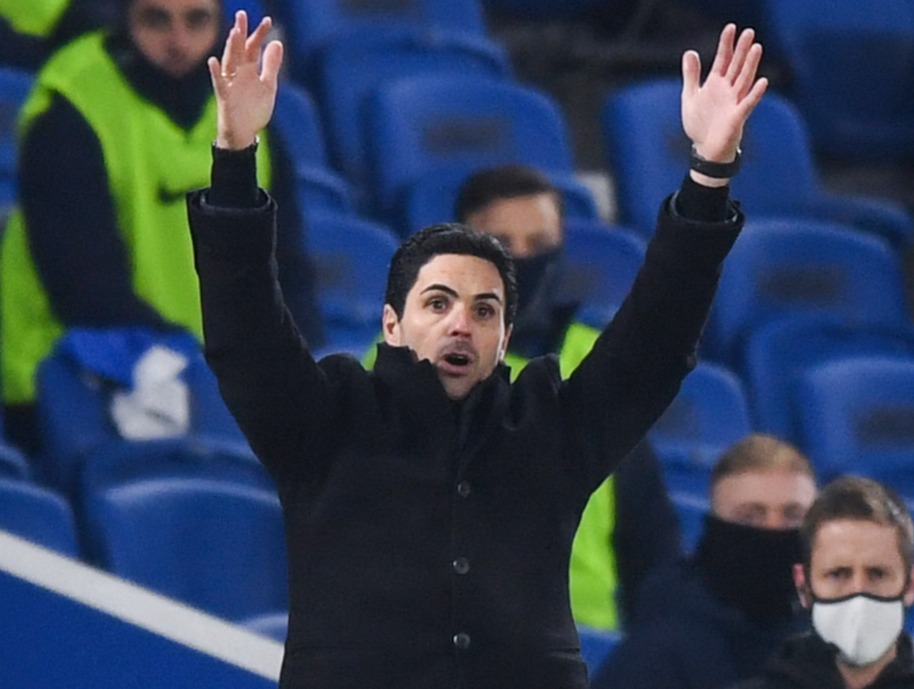 And although things picked up in the second 45, mainly on the wings from Bukayo Saka and Emile Smith Rowe, this Arsenal side is still lacking in ideas, creativity and magic through the middle.

You certainly would not think this is the same Arteta who helped Pep Guardiola to two Premier League titles with free-scoring Manchester City.

Arsenal need someone who can make them tick up top while getting close to the striker.

Someone who can hold up the ball, turn an opponent, make a defence-splitting pass.

True, the deeper midfield two are more than capable of keeping possession.

But if there’s nobody ahead who can flick the wand to make their use of the ball meaningful, Arsenal will continue to flounder.

And there’ll be no use in calling for Eddie Nketiah to get a go if he’s going to be feeding off scraps.

Arsenal need to put their money where their mouth is next month.

They must get in a Houssem Aouar or Isco-type to replace Mesut Ozil.

Or else risk their relegation battle dragging on for the remainder of the season.