ARSENAL missed out on a deal to sign Philippe Coutinho because Barcelona could not sign a replacement, it has been claimed.

Several teams were keen on the Brazilian playmaker after his loan spell at Bayern Munich. 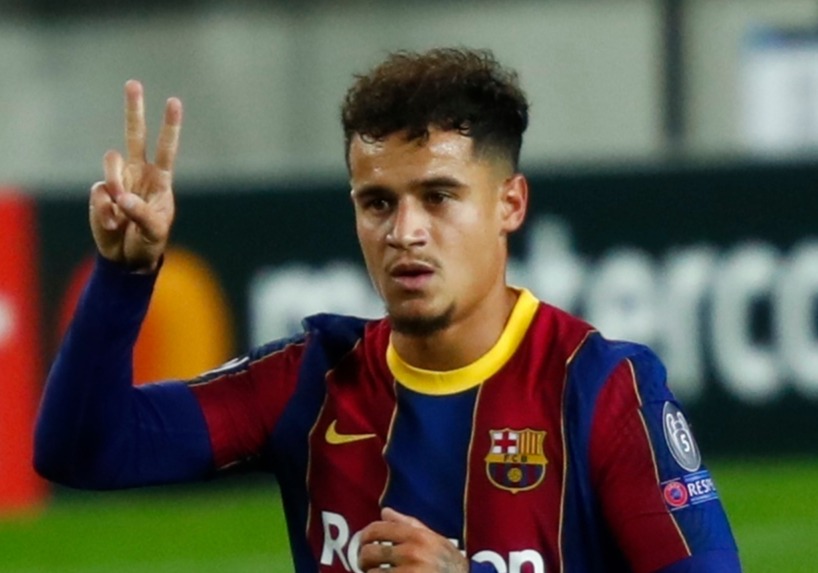 Under Quique Setien, it appeared the 28-year-old had no future at the Nou Camp with Barcelona also desperate for cash.

However, Ronald Koeman took charge and has given Coutinho a new lease of life.

At the start of the autumn transfer window, Barcelona were planning on selling the ex-Liverpool star with Tottenham and Arsenal alerted to his availability.

And the Gunners were 'really close' to a deal before Koeman pulled the plug, according to Italian journalist Fabrizio Romano.

The Catalans' attempts at bringing in new attackers ahead of the new season were hampered by their inability to get Ousmane Dembele off their books.

Memphis Depay was lined up as a replacement for the Frenchman but Liverpool and Manchester United did not meet Barcelona's demand of a permanent sale.

Furthermore, the winger was intent on remaining in Spain and is being given a fresh chance in the Blaugrana side.

In each of his four starts this season, the 28-year-old has bagged a goal or an assist.

His latest strike came in the 5-1 Champions League demolition of Ferencvaros on Tuesday night.

"He's a player that learned a lot in England, a lot in Bayern Munich.

"My job as a coach is to get the best out of every player. And that starts by putting them in their position. I think that generates more confidence.

"All that helps but it starts with the quality in the player and Coutinho's a great player."

The North London club were themselves unable to offload an expensive talent going to waste, in Mesut Ozil.

10/22/2020 Sport Comments Off on Arsenal were ‘really close’ to Philippe Coutinho transfer but Koeman blocked move as Barcelona couldn’t sign replacement
Recent Posts
We and our partners use cookies on this site to improve our service, perform analytics, personalize advertising, measure advertising performance, and remember website preferences.Ok