ASTON VILLA players partied into the early hours of the morning after their play-off Wembley victory – still wearing their shirts and winners’ medals.

The stars were filmed enjoying good-natured high-jinks at a promotion party held at celeb hangout Cirque Le Soir, in London’s West End, in the early hours of yesterday. 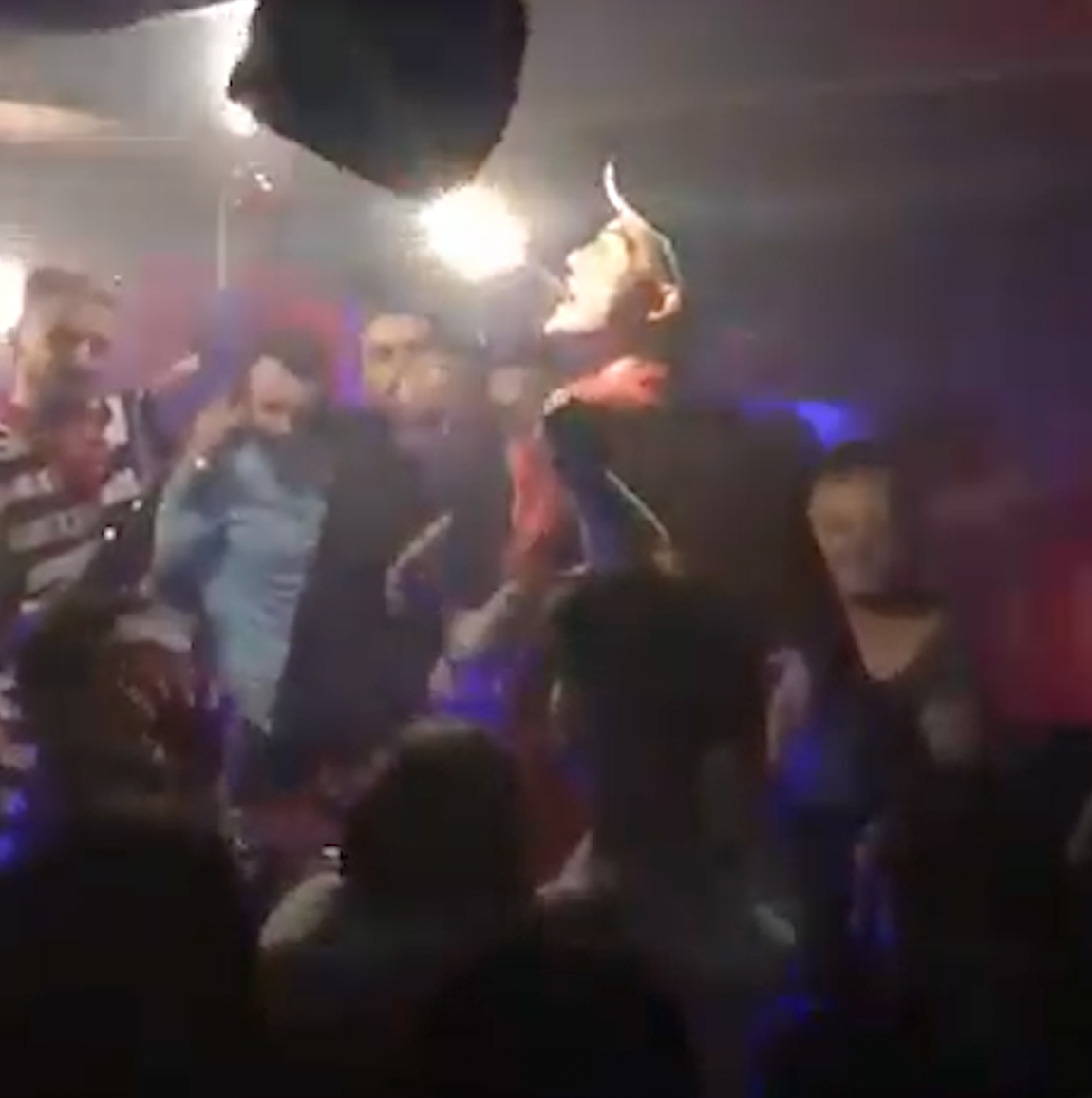 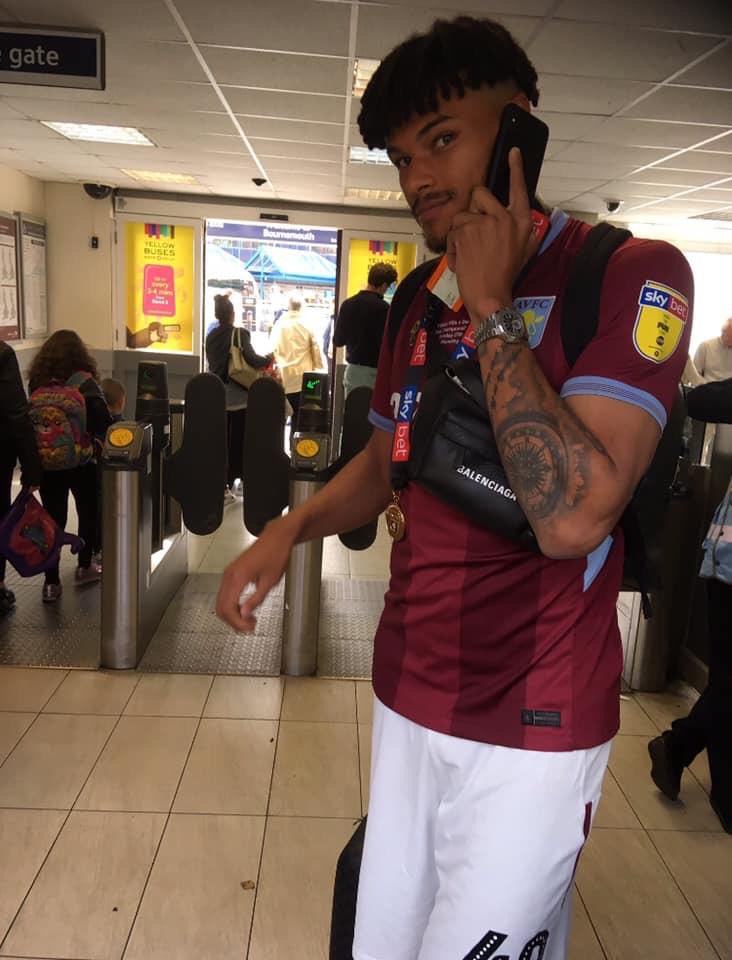 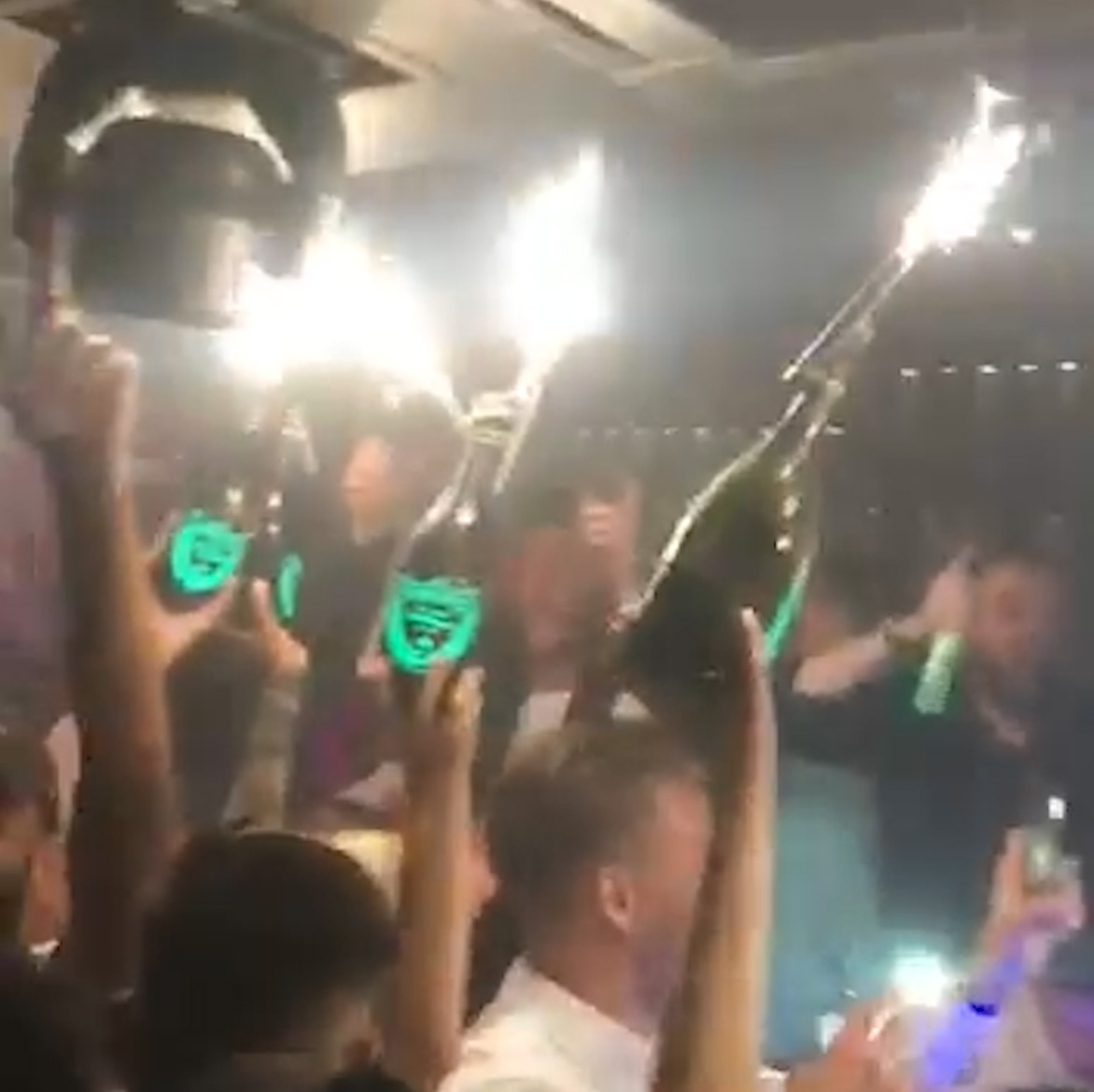 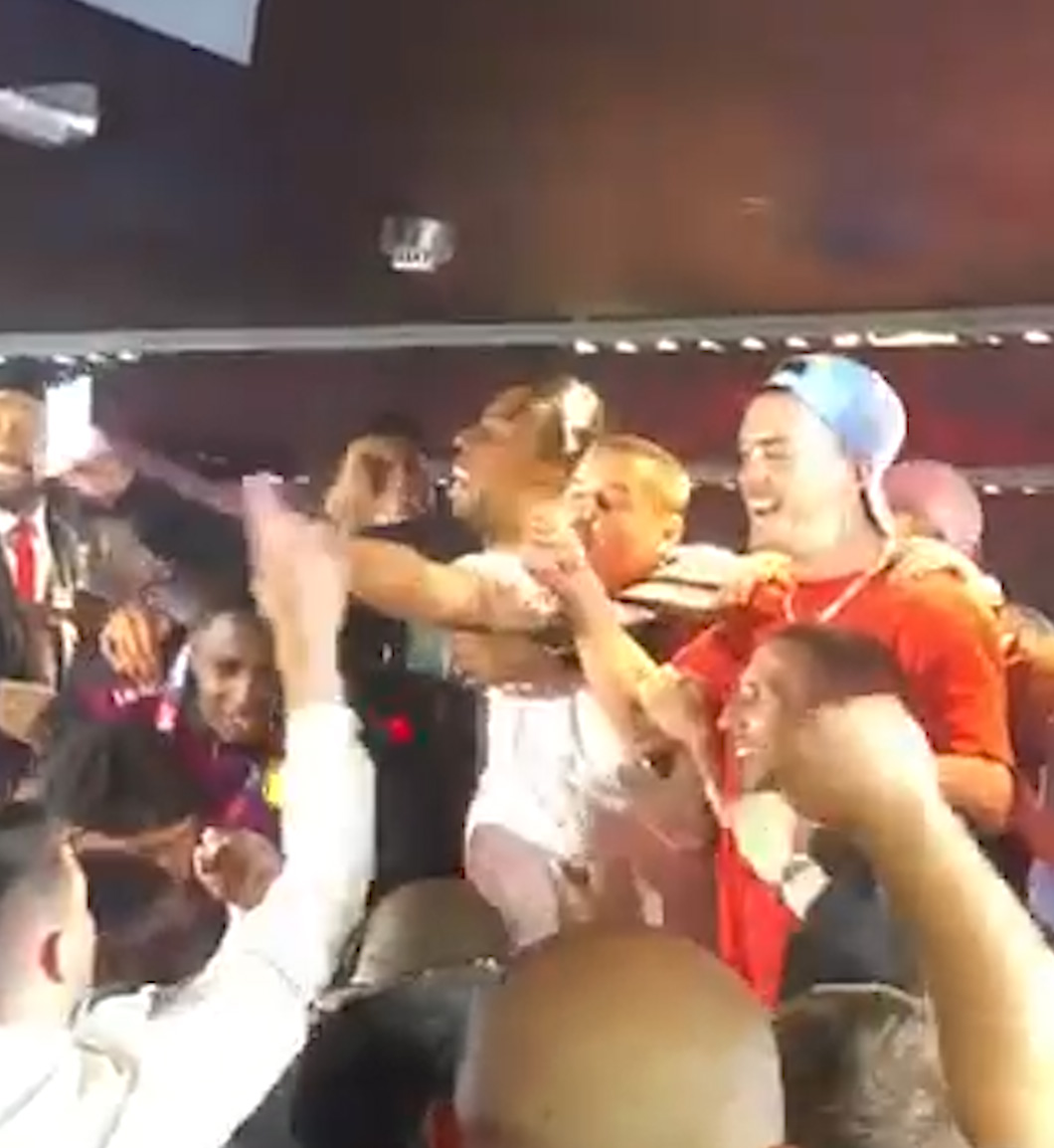 Midfield ace Jack Grealish, 23, was videoed placing a sparkler in his mouth and leading his own rendition of the "Super Jack Grealish" chant.

On-loan centre back Tyrone Mings, 26, still wearing his shirt and medal, led the chorus of chants.

There were high-jinks as others played in the club’s ball pond and pounded the ceilings while singing.

They stood on chairs and the stage and led football chants including “Villa’s Going Up”.

Other stars at the promotion party are believed to include Conor Hourihane, 28, Jonathan Kodjia, 29, goal-scoring hero John McGinn, 24, Neil Taylor, 30, and Andre Green, 20.

The footballers are closely watched on by burly security guards onlookers said there was no trouble as they partied after 2am.

An on-looker said: “They are going to have headaches in the morning.

“It was all good fun literally everyone from the club seemed to be there with friends, family and a few fans managed to get in.

“It’s great to see footballers letting their hair down after a long season and there was no trouble.

“The bouncers kept a close eye to make sure it was all peaceful but it was just boisterous good-natured fun.”

On Tuesday, Grealish then took to Instagram to share with his fans the fact he was back partying.

The midfield star, who hit himself in the head with the trophy, posted a video of himself drinking Jagermeister at 2pm after very little sleep.

And it clearly got to him too – as he later posted on Twitter saying: "Sorry mate I couldn’t even spell my name, never mind no what day it is", followed by beer emojis.

Grealish was replying to Mings and goal-scorer El Ghazi in a hilarious social media exchange. 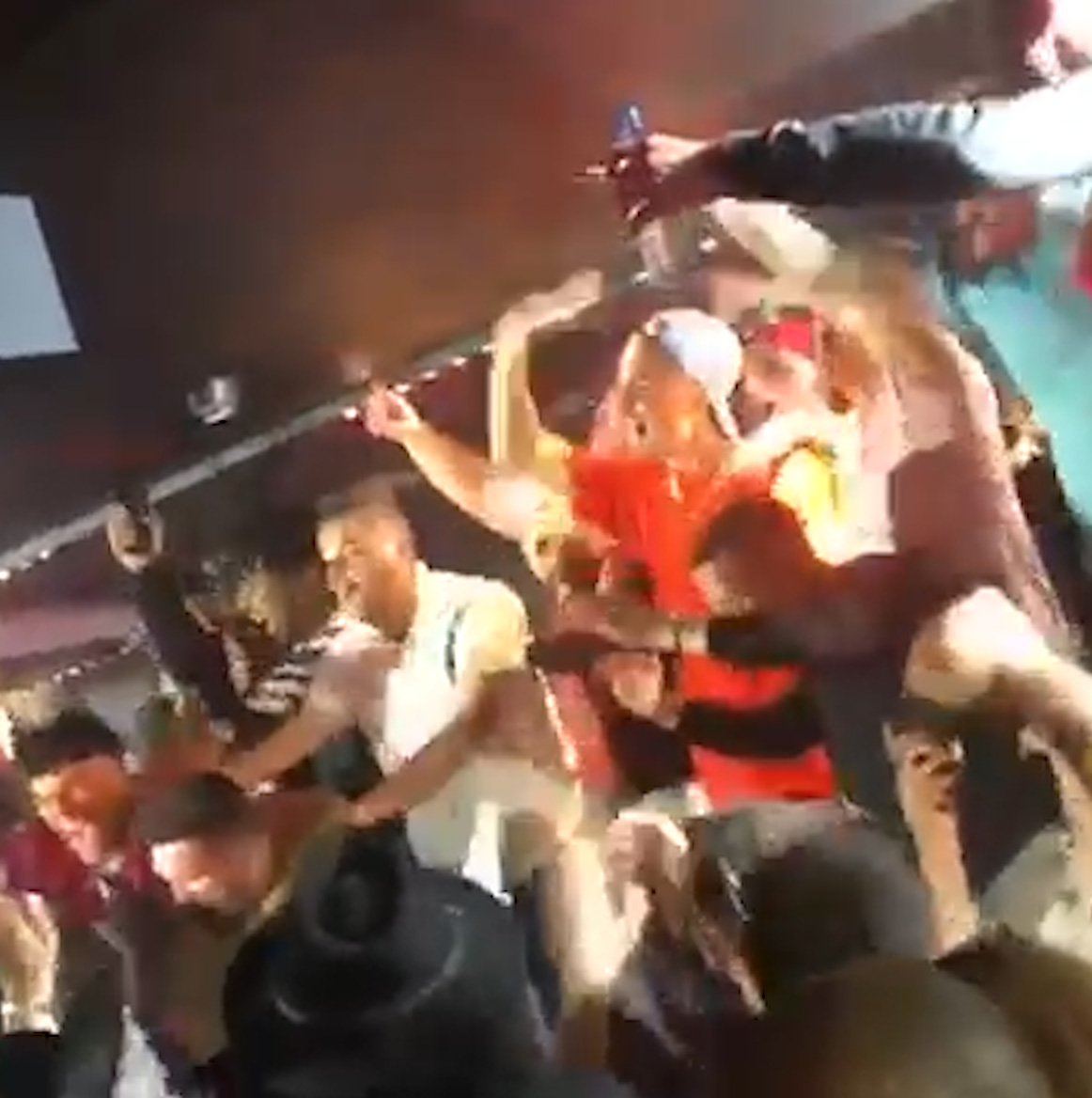 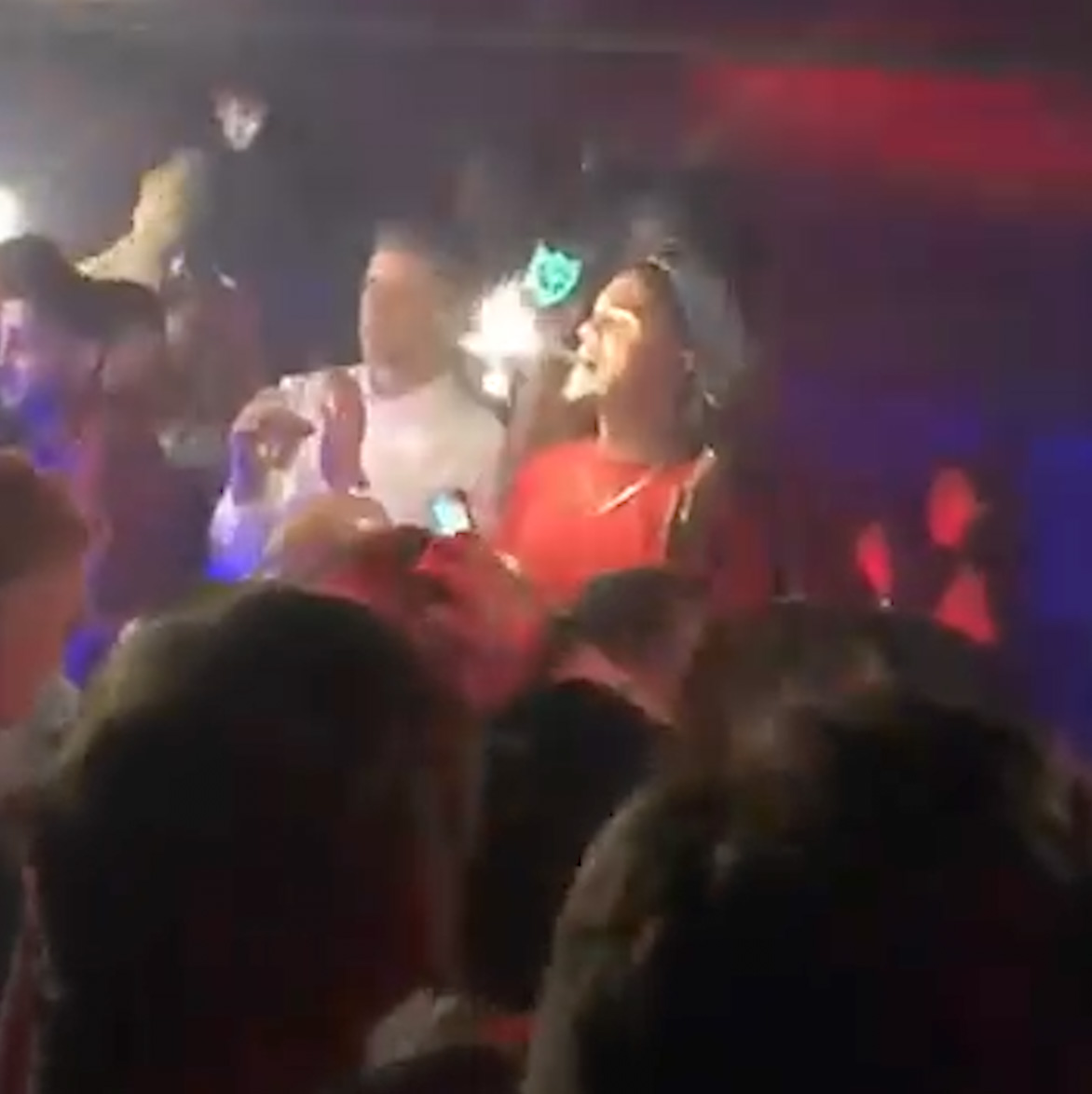