BILLY JOE SAUNDERS has weighed in lighter Martin Murray, despite claiming that he goes up in weight 'like a fat pig'.

The 31-year-old is set to return to the ring tomorrow for the first time in 13 months as he takes on Murray at Wembley Arena. 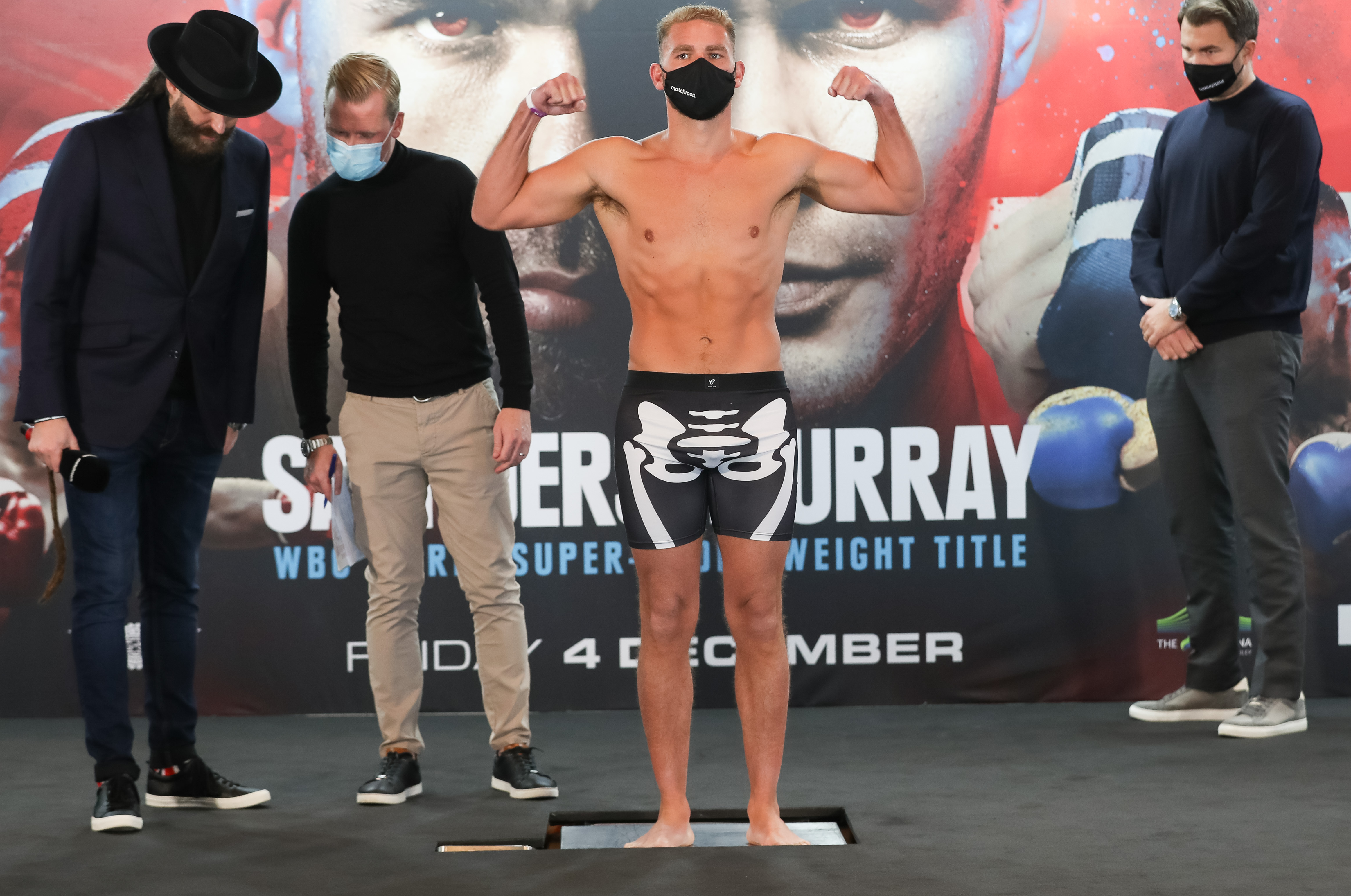 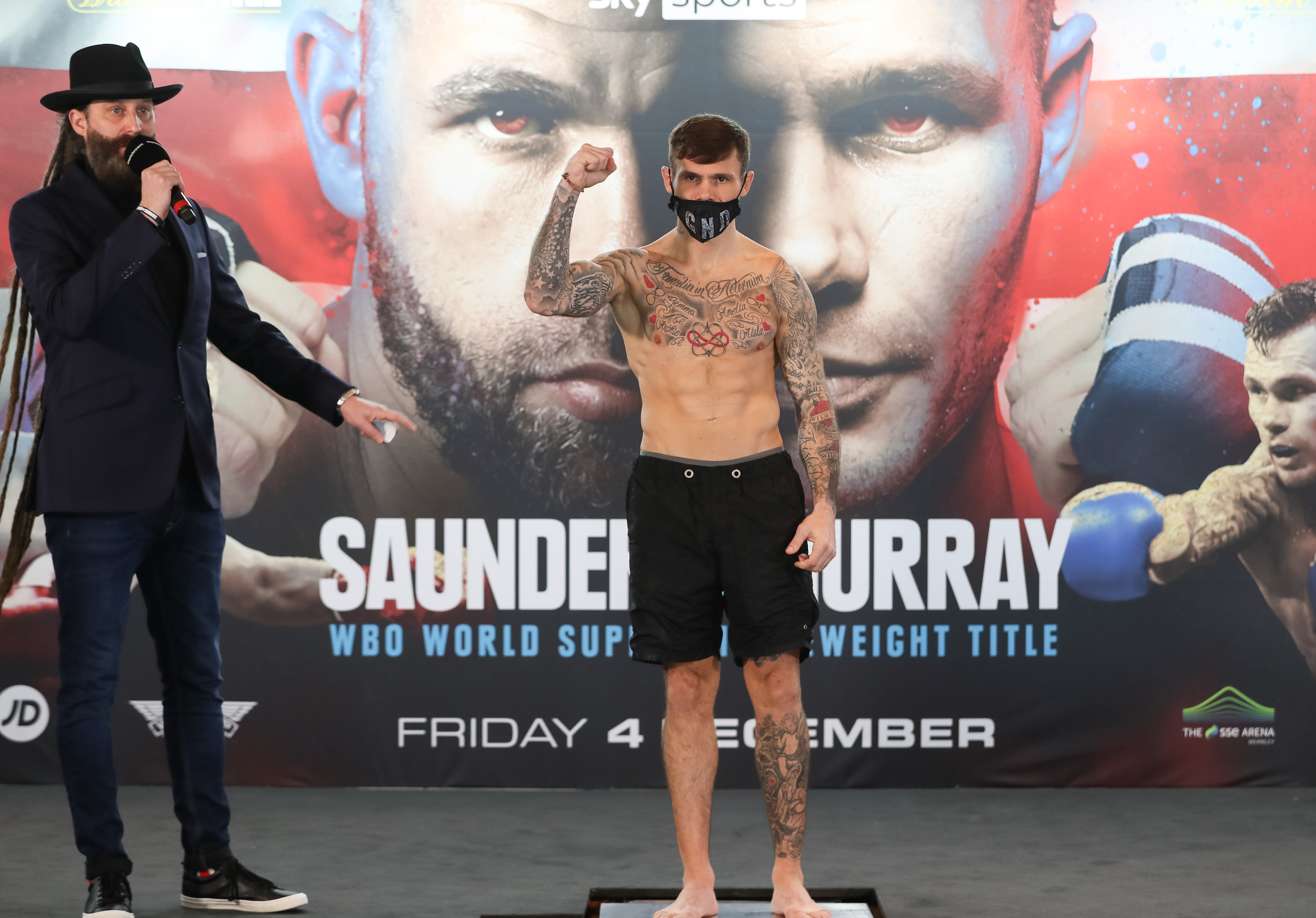 On the line will be his WBO super-middleweight belt, as well as his undefeated 29-0 record.

The two fighters weighed in this afternoon in London, with Saunders the marginally lighter of the two at 167.3lbs.

Saunders, who is chasing a crack at the winner of Canelo Alvarez vs Callum Smith, had previously warned that his diet could make the clash with Murray 'more equal'.

He said: "Martin is obviously a good family man and he lives the life outside the gym probably better than me – maybe that makes it more equal.

"I go up (in weight) like a fat pig so he's in camp training all the time while I'm sitting back eating cakes, then I get a phone call saying this is what you're getting, go to camp and train and fight."

Saunders, however, knows what he must do on Friday night, if he is to re-assert his claims to a shot at Canelo.

He continued: "I don't put pressure on myself, but obviously if I'm chasing the winner of Callum Smith and Canelo, I know I've got to do something that no-one's done – I have to shine against Martin Murray." 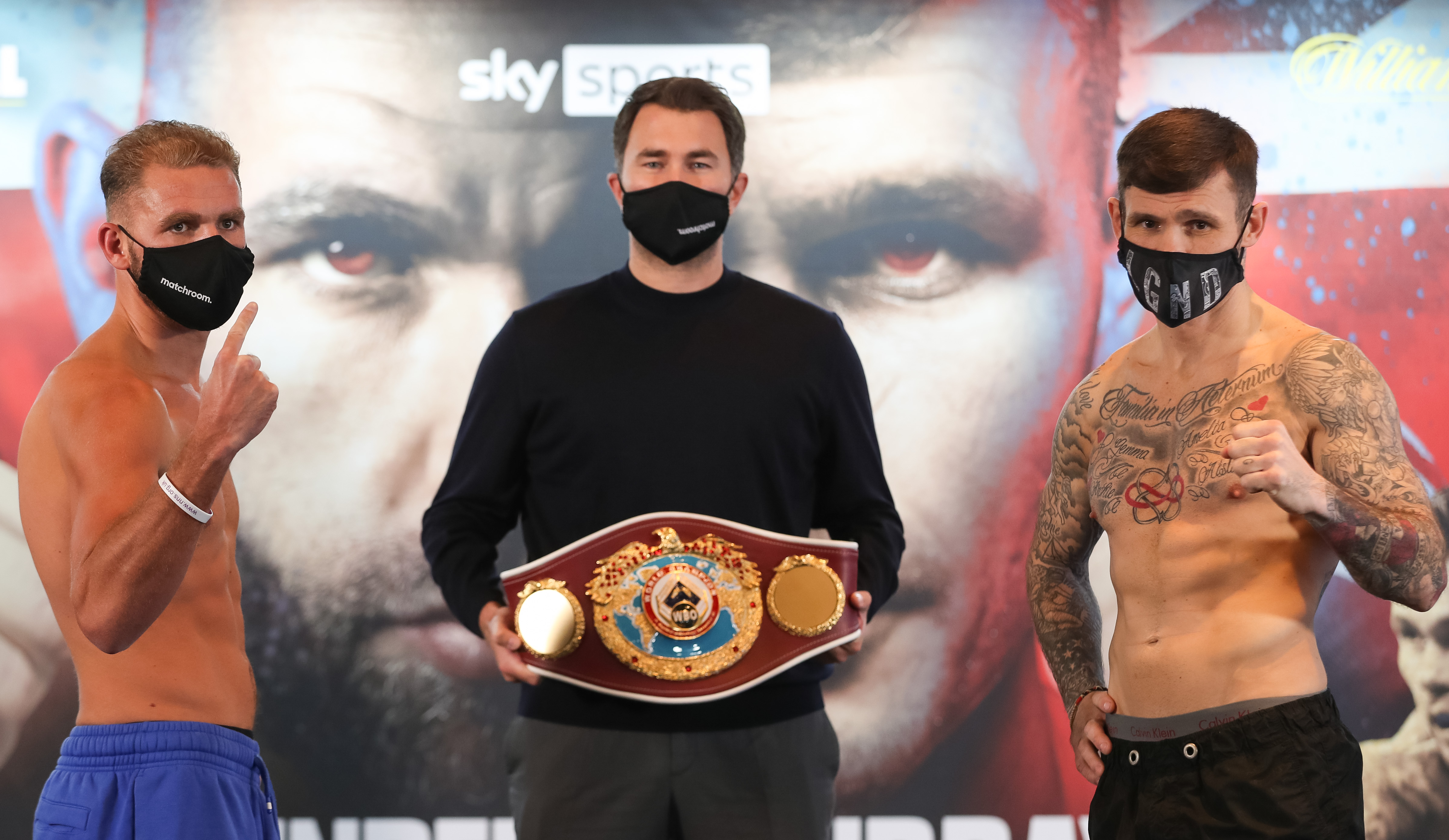 The clash marks the fifth title shot of Murray's career.

And the 38-year-old is remaining optimistic that he can finally get his hands on a belt.

He said: "This is my fifth one now and I really rate Billy Joe, but I truly believe that all the pull-outs and setbacks I have had have got me to this point.

"I'm fit and focused and ready. I don't watch much boxing but I've seen a few of Billy's fights and I know he's going to be ready on Friday night, so I'm ready for the elite Billy Joe."

12/03/2020 Sport Comments Off on Billy Joe Saunders weighs in lighter than Martin Murray despite saying he piles on pounds 'like a fat pig' eating cakes
Recent Posts
We and our partners use cookies on this site to improve our service, perform analytics, personalize advertising, measure advertising performance, and remember website preferences.Ok