PAUL NICHOLLS hopes it will be three but knows it won’t be easy as he plots more glory at Cheltenham.

King of Ditcheat Nicholls was at Windsor Castle on Wednesday to pick up his OBE from Prince Charles — and now he hopes to lord it again ahead of a another big weekend of action. 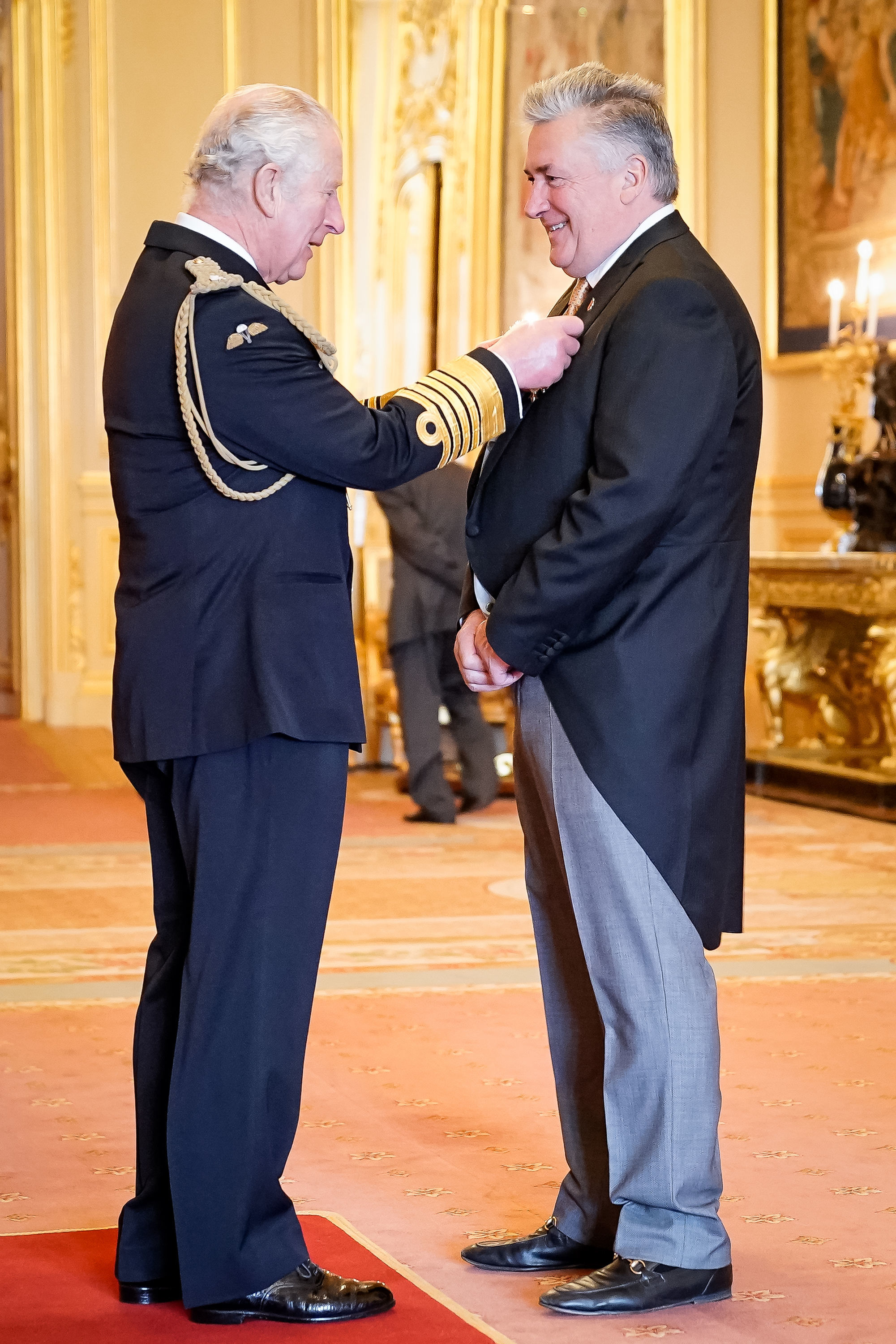 Nicholls, who has trained more winners at the home of jumps racing than any other with 227, has his sights set on improving that tally at the November Meeting.

His trio SKATMAN (1.10), MAGIC SAINT (1.45) and GELINO BELLO (3.30) will all be heavily punted and Nicholls said: “It was a huge honour and a privilege to be given the award and a brilliant day.”

On-fire Nicholls has already hit the £500,000 prize-money mark this season and he said: “It’s going well, we’ve had some nice winners. The horses seem to be in good nick so that’s nice.

“We’ve taken our time with Skatman and he has a nice mark of 122. I was delighted with his Newton Abbot win last month.

“The second and third have franked the form by winning since.

“He won a point-to-point in Ireland before joining us and has been crying out for this step up in trip. He must have a big chance.”

Nicholls, an ambassador for Betfair, said: “Magic Saint ran well for a long way at Wetherby and travelled nicely into the race before weakening late on.

“He now drops back to two miles here and that will help. He has plenty of weight so Angus Cheleda’s 5lb claim is handy.

“Gelino Bello is exciting and won well on his debut over hurdles at Aintree last month.

“I was tempted to wait another week or so with him but he is in top form at home.

“As long as this race doesn’t come too quick after that debut he should go very close.”

Nicholls, 59, could have a bumper weekend at the big meeting with a couple of fancied runners Lalor and Simply The Betts in the Paddy Power Gold Cup tomorrow.

He also unleashes 2020 Champion Chaser Politologue in the Shloer Chase on Sunday.

Nicholls’ one-time assistant Dan Skelton has made a flying start to the season and he will be hoping for a thrilling chase debut from MY DROGO (2.20) today.

It is an embarrassment to the track on such a high-profile day and is the latest in a string of small-field borefests.

This will be the third high-profile ‘match’ race in the last five days in Britain, leaving fans and pundits frustrated.

But six of those were Irish-trained and in the end only three were declared, before Gordon Elliott took out Fancy Foundations yesterday.

Calls for the BHA to make drastic changes to the calendar to improve competition beyond the spring Festivals will only grow louder on the back of this latest farce.