FRANKIE Dettori could send the bookies running for cover at Ascot tomorrow.

The legendary jock has a mouthwatering book of rides on Qipco British Champions Day, headlined by red-hot favourites Stradivarius and Palace Pier. 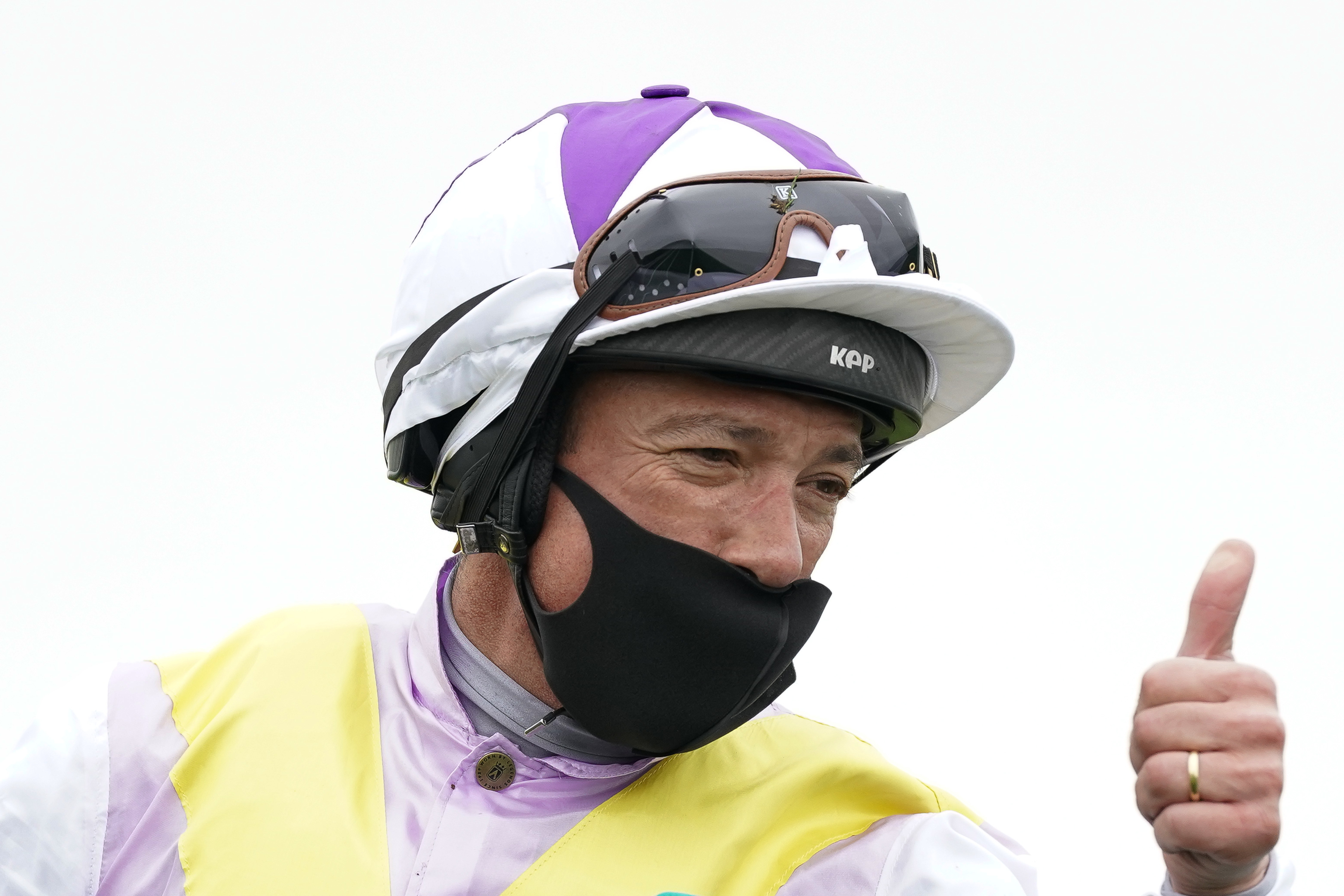 He also partners French Derby hero and leading fancy Mishriff in the Champion Stakes, Mehdaayih in the Fillies & Mares and Alternative Fact in the Balmoral Handicap.

Stradivarius is one of Dettori's oldest pals, and the champion stayer is the even-money favourite with Coral for the Long Distance Cup which kicks off the glittering card.

The six-year-old finished seventh in a slowly-run Arc at Longchamp less than a fortnight ago, but Dettori reckons the quick turnaround is no issue.

Dettori told his Sporting Index blog: "He has come out of the Arc very well. I rode him in the week and he tried to buck me off, which just goes to show how little the race took out of him.

T&Cs: Min stake £10, min odds 2.0. Only deposits made using Credit/Debit Cards or ApplePay will qualify. Free bets are awarded after the qualifying bet has settled, valid for 30 days, must be used on multiples with 3+ legs. Max £50 in free bets. T&Cs apply. 18+ Begambleaware.org 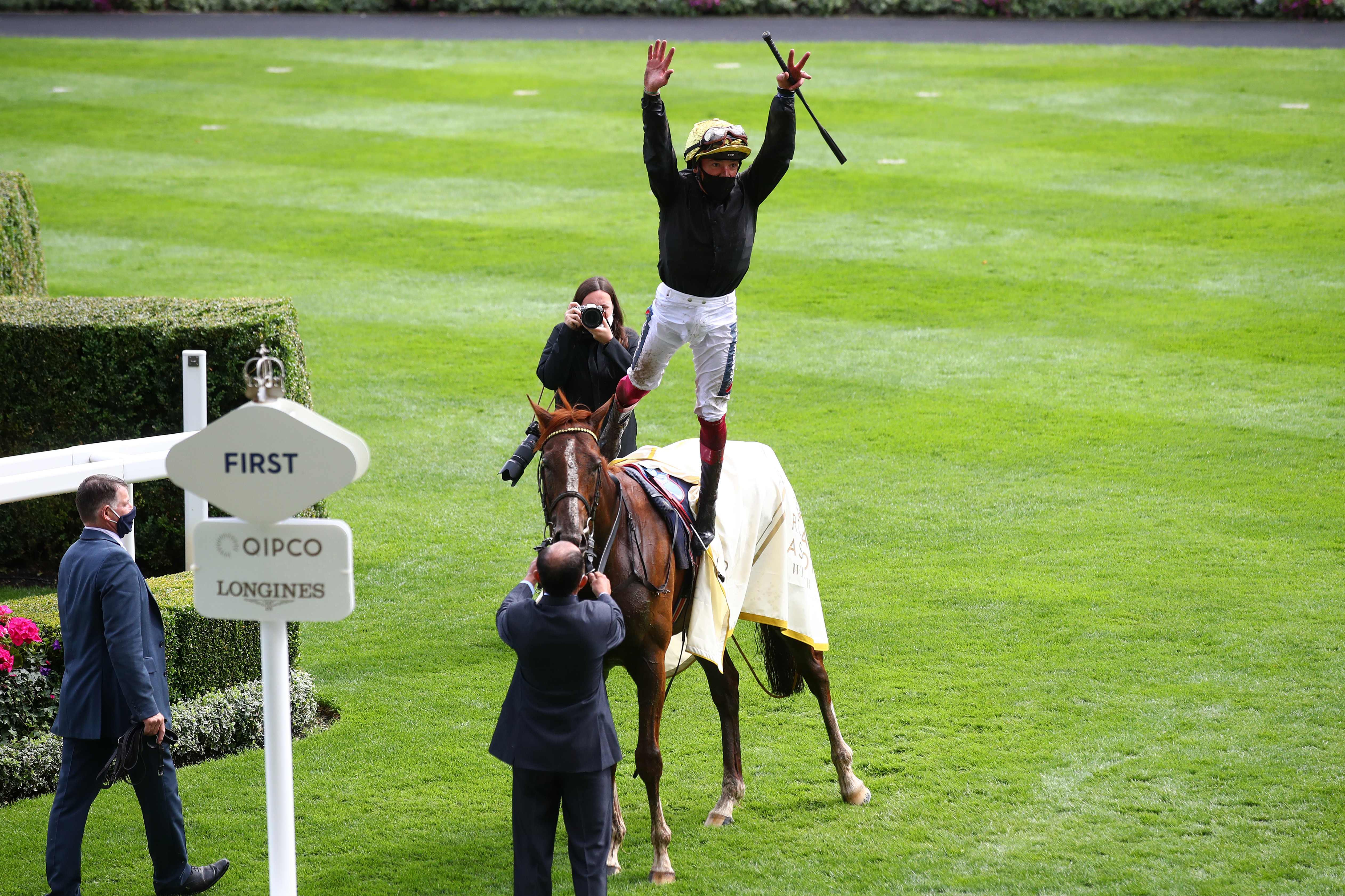 "We were beaten a nose in this 12 months ago and I think we come into the race stronger this year. In the past I have always been worried about the soft ground with him, but he proved in the Gold Cup that he can handle it well.

"Dermot Weld’s filly, Search For A Song, is the one I fear most, but I’m on the best stayer in the world and he’s a worthy favourite.

"After that, I know (owner) Bjorn Nielsen’s intention is to keep him going for a fourth Gold Cup. We’re only one away from the mighty Yeats and, touch wood, he stays fit and well so we can have another go."

Palace Pier is unbeaten in five career starts and is 8-11 for QEII after impressive wins in the St James's Palace and Prix Jacques le Marois.

Dettori said: "We thought ahead of the season that he could have been a Guineas horse, but then he was being quite lazy in his work at home and we weren’t sure if he was good enough.

"John Gosden was clever in giving him every chance to develop and then after his run in a handicap at Newcastle the penny dropped and he became a racehorse.

"He’s gone on to win a St James’s Palace and beat a very strong field in the Prix Jacques le Marois and is yet to find a horse who can get past him.

"I have every faith that we can run another big race, but we have to remember that the QEII is always a tough contest where you’re up against older horses."

He said: "He’s a French Derby winner with low mileage and I think he could still be improving, that’s why I picked him over Lord North.

"The mile and a quarter at Ascot is tricky when you’ve got a big field like this as the first bend comes up early so we’ve got to be alert from the off. This is undoubtedly the biggest challenge he’s ever faced but I think he’s in there with a good chance.

"You’ve got the Derby winner in there, William Haggas’ Addeybb who’s been in top form and then there’s Magical who might have a double figure tally of Group 1s if it wasn’t for Enable!

"Looking further ahead with Mishriff, given he’s only three, and I think the Arc could potentially be the target for him next year."

Dettori famously brought the bookies to their knees when going through the card at Ascot in September 1996 with his 'magnificent seven' – and the layers fear another onslaught 24 years on.

Coral's David Stevens said: “Whenever Frankie is in action on a big day at Ascot we get nervous, and this Saturday will be no different, as his five rides are all sure to be popular with his many loyal fans.

“With two odds-on favourites to look forward to, as well as second favourite Mishriff in the Qipco Champion Stakes, it would be no surprise to see him score a hat-trick.

"That would be costly enough for the layers but what would really turn it from an expensive day into one to forget would be if he also won on one of his bigger priced mounts, like Medhaayih or Alternative Fact.

“Five winners would make it the most costly Champions day ever, but at least he hasn’t got a ride in the Sprint so can’t ride all six winners!”

10/16/2020 Sport Comments Off on British Champions Day: Frankie Dettori looks ahead to a stunning book of rides at Ascot on Saturday
Recent Posts
We and our partners use cookies on this site to improve our service, perform analytics, personalize advertising, measure advertising performance, and remember website preferences.Ok