WELL, the former Chelsea manager would have approved if he had tuned in for Thomas Tuchel’s opening night.

Not Frank Lampard, who’d have seen his youth policy put through the shredder by his German successor. 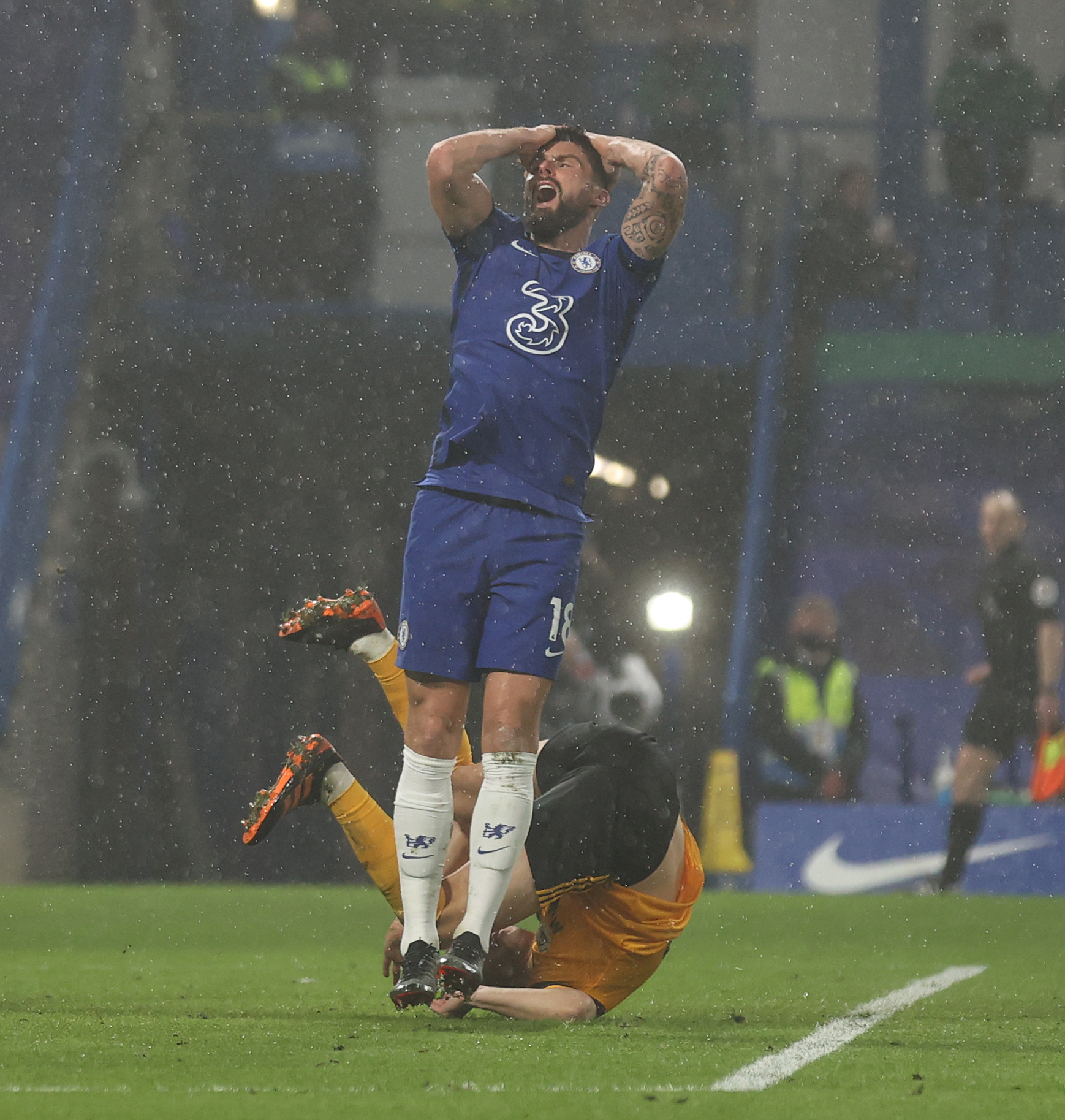 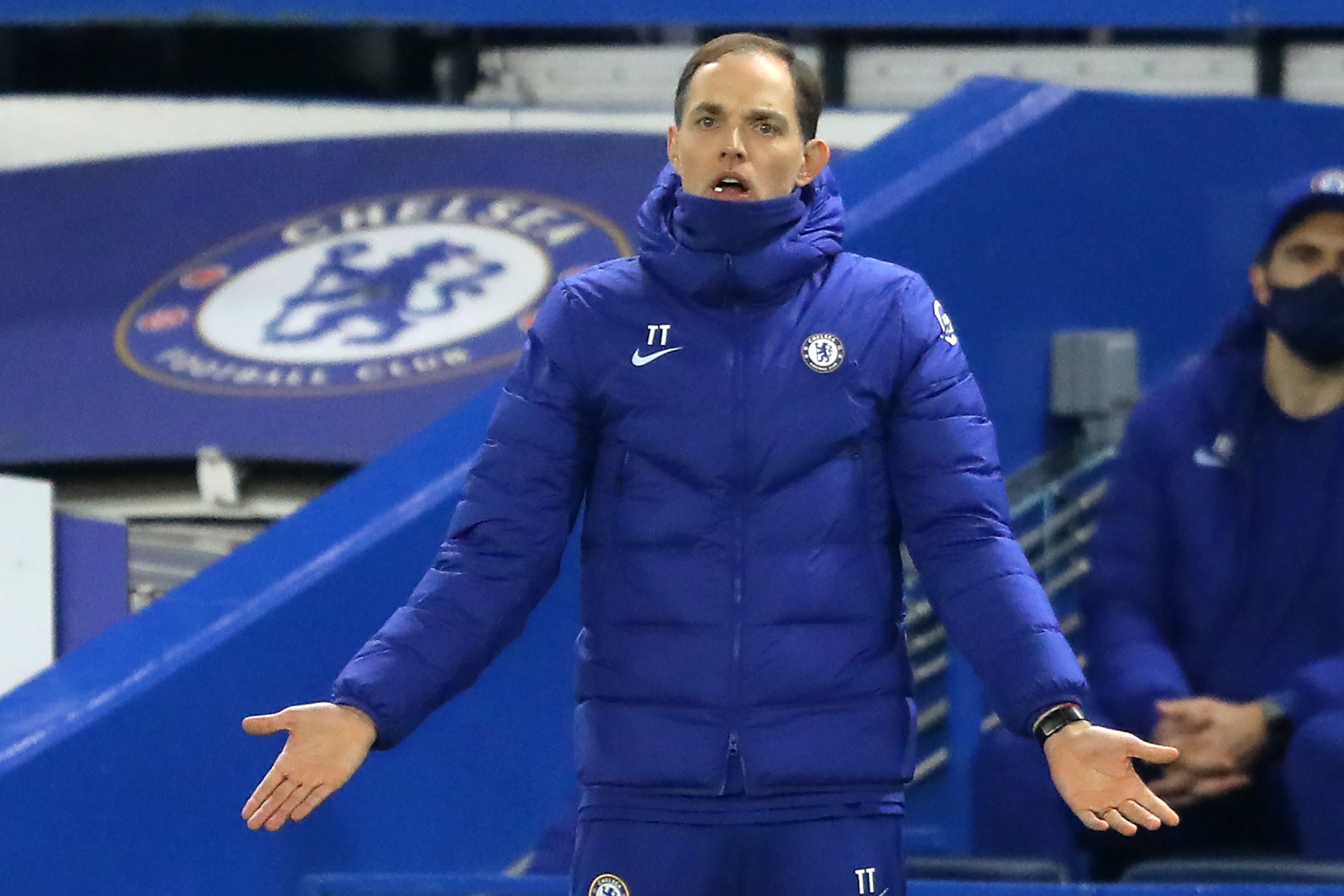 But Maurizio Sarri, who’d have appreciated Chelsea dominating possession at a pedestrian pace, playing the sort of football which made the Italian so unpopular with the Stamford Bridge faithful.

Tuchel – the moody dude with a history of fall-outs and a stint as a fashion model on his CV – has much to do to win over supporters of his new club, having replaced their golden boy Lampard.

And while the former Paris St Germain and Borussia Dortmund chief had only been in charge for 24 hours, this was not a promising start as Chelsea were frustrated by Wolves and remained stuck firmly in mid-table.

Tuchel promised ‘brave football’ but he isn’t there yet. For the opening hour, in particular, they plodded along, passing for the sake of passing.

While most new managers would have looked forward to a warm greeting from the fans, Tuchel might have been glad for more than 41,000 empty seats.

Despite their absence, Chelsea fans had made their feelings about Lampard’s sacking clear – ‘The Circus Continues’ read one banner erected on the Bridge gates but removed before Tuchel’s arrival.

The one which proclaimed ‘In Frank We Trust’ – premiered the day before Lampard was sacked – was still hanging from the top tier of The Shed, a tribute to a playing legend or, perhaps, to the death of satire.

Tuchel admitted it was probably ‘the most unfair line-up’ he would ever name, after his whistlestop training-session on the eve of this match. 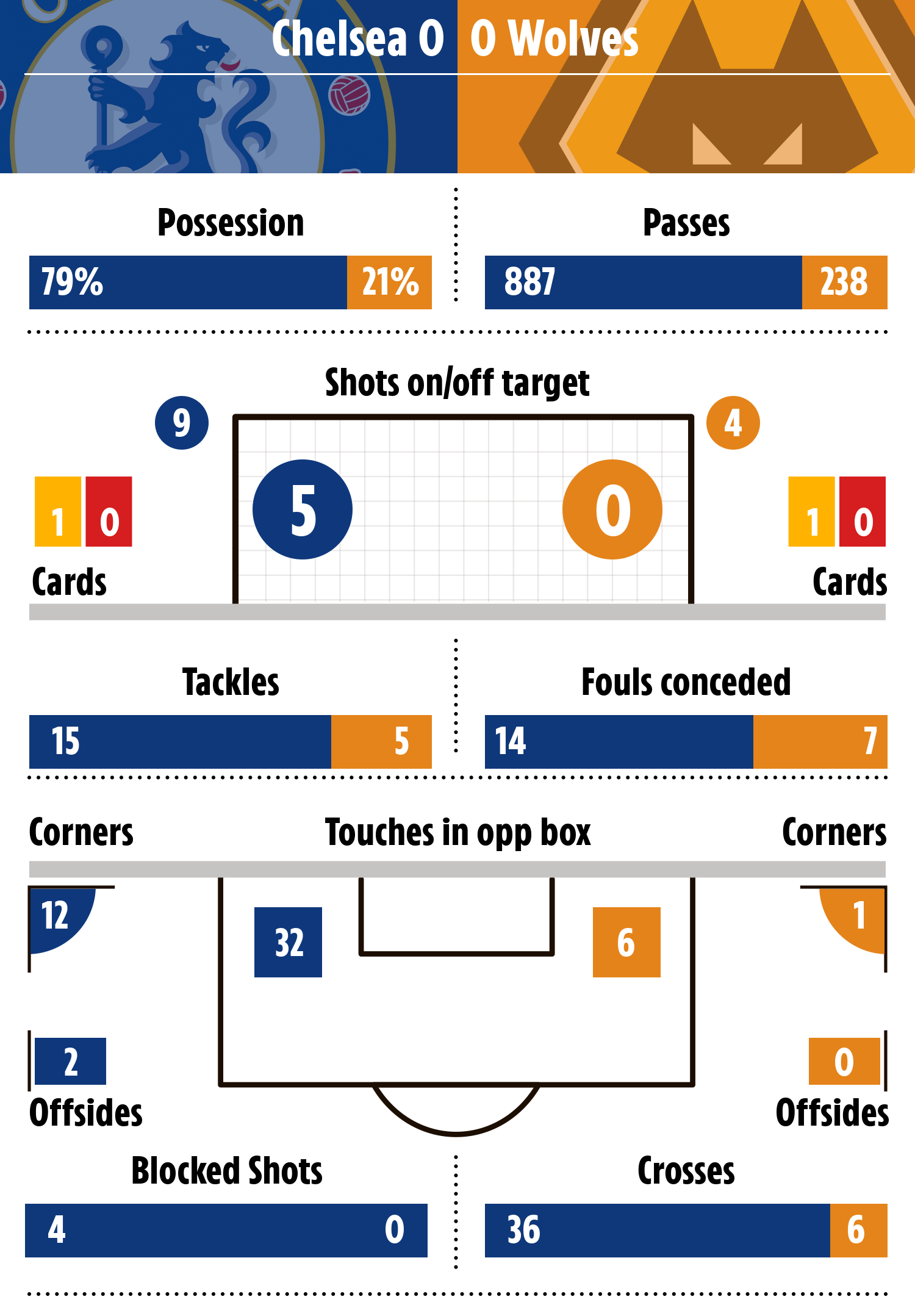 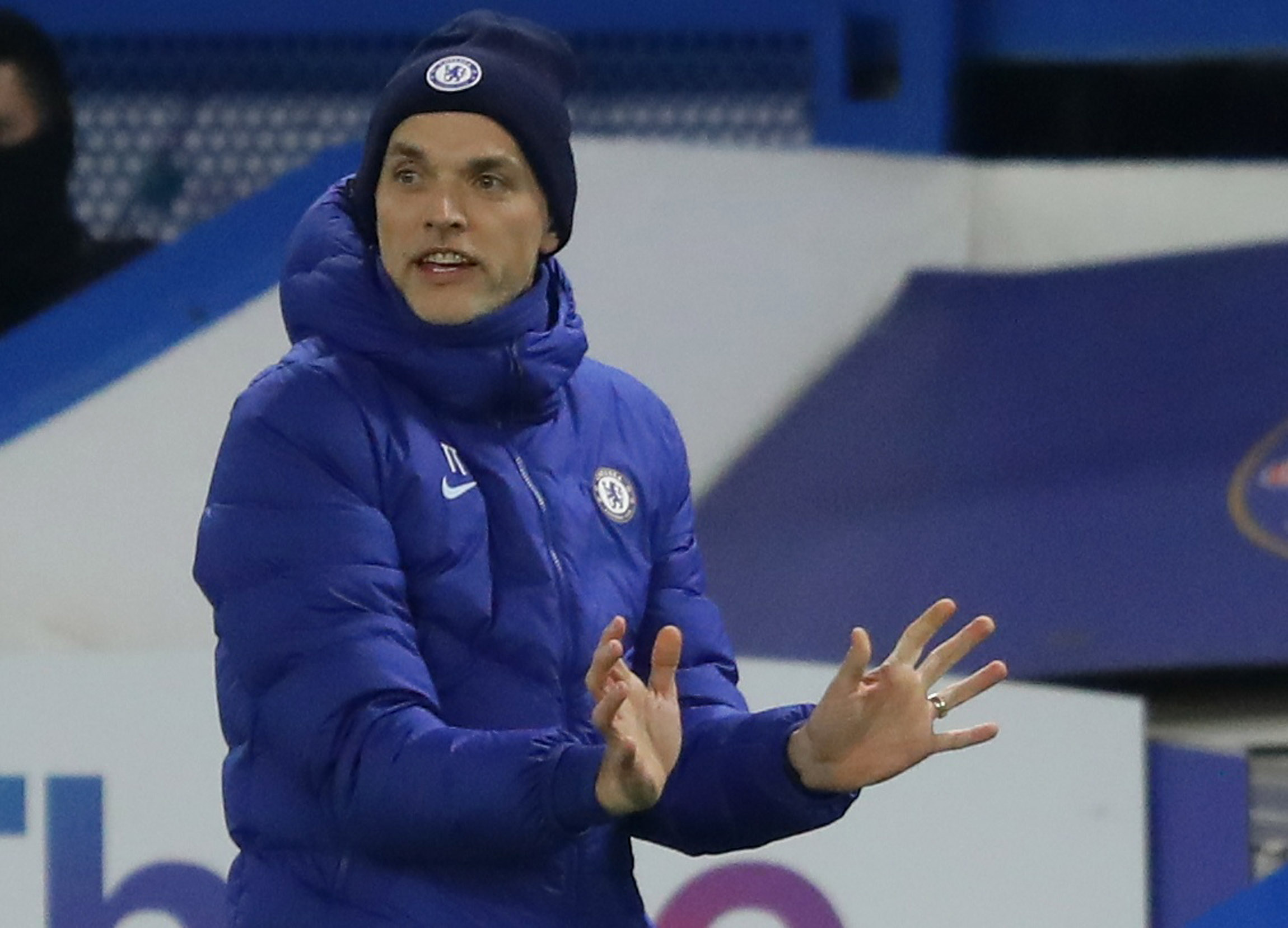 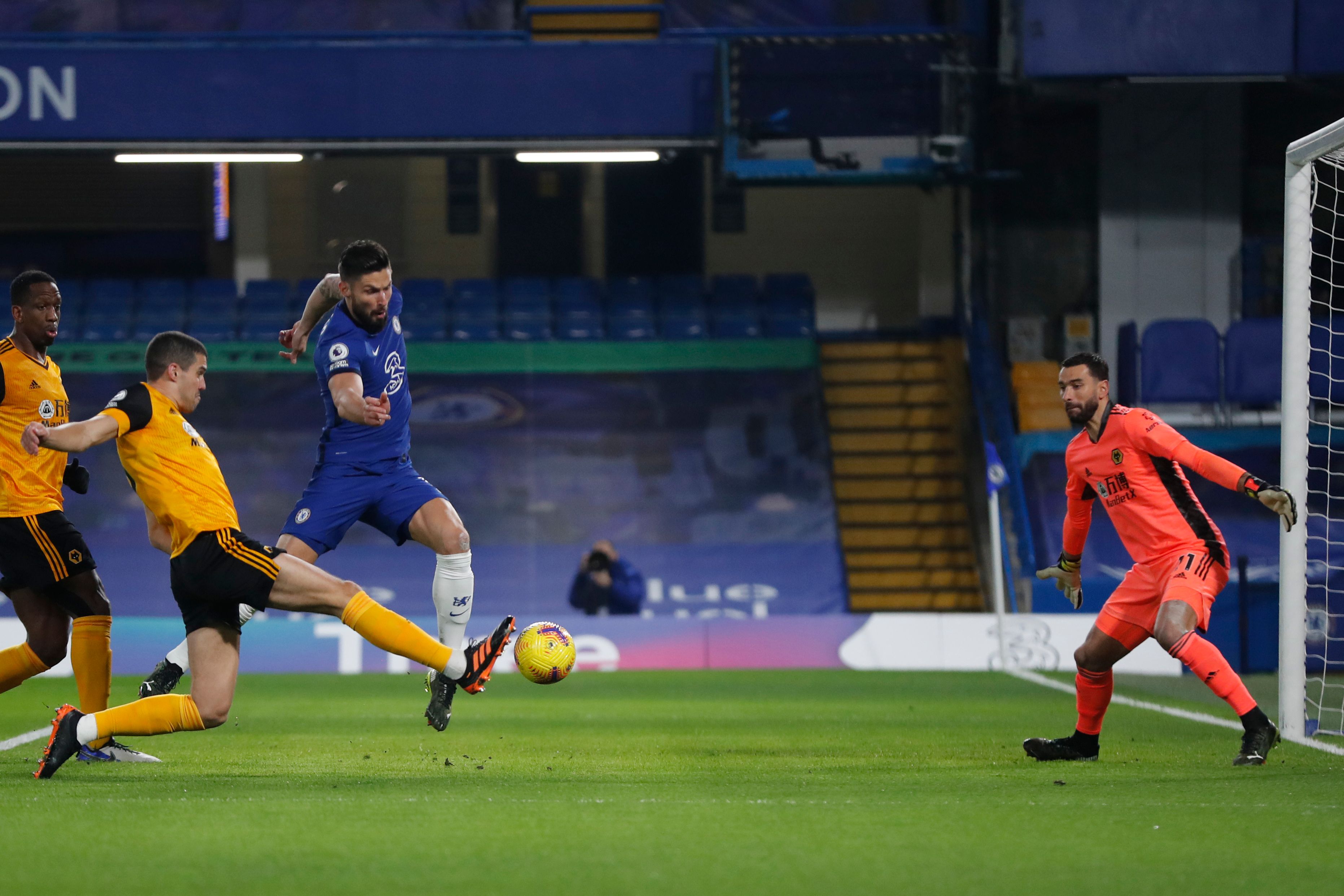 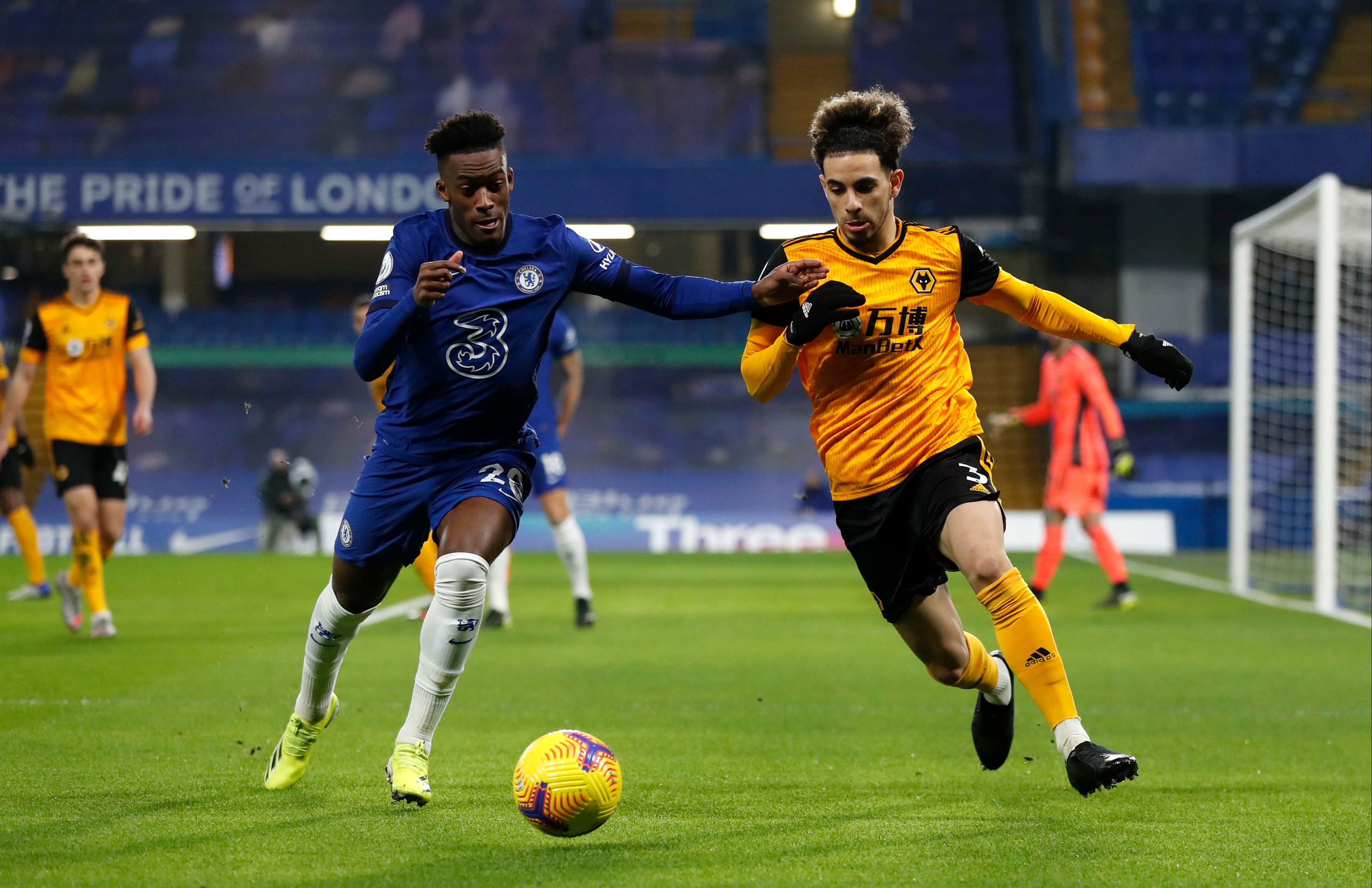 Yet it was glaring that Mason Mount and Reece James – the two unqualified success stories of Lampard’s youth promotion tendencies – were on the bench.

Tuchel admitted he’d leaned towards experience because of the ‘pressure and tension’ surrounding the club, given their lowly position and the craving for Champions League qualification.

The experienced quartet of Toni Rudiger, Cesar Azpilicueta, Jorginho and Olivier Giroud – none of them Lampard favourites – all started.

Surprisingly, there was no Timo Werner – given that Tuchel has been charged with restoring the battered confidence of his compatriot.

Tuchel might have hand-picked his first opponents, given that Wolves had not won in the Premier League in the six games since they defeated Chelsea in mid-December.

Lampard’s team would have gone top had they won that night – so when heading to Molineux, he could never have imagined being out of work before this swift return fixture.

Callum Hudson-Odoi was the one homegrown kid in Tuchel’s starting line-up – in an unfamiliar wing-back role.

And his rapid run and cross created Chelsea’s first opening, as he whistled one across the face of goal, with Giroud unable to apply the killer touch.

It was the 3-4-3 of Antonio Conte which won Chelsea their most recent title but it felt more like Maurizio Sarri football which bored the backsides off the Bridge faithful, masses of possession with little end-product. 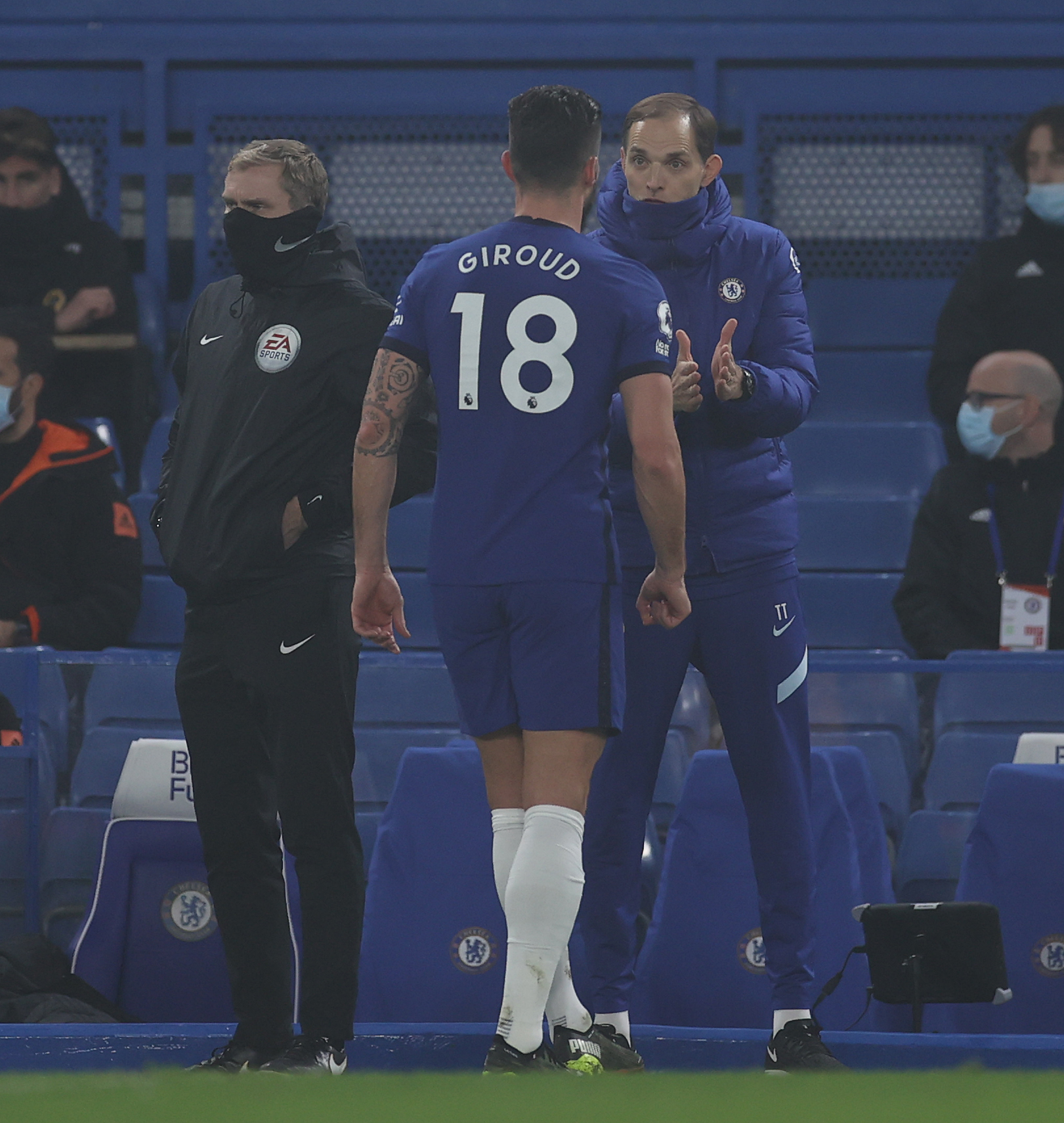 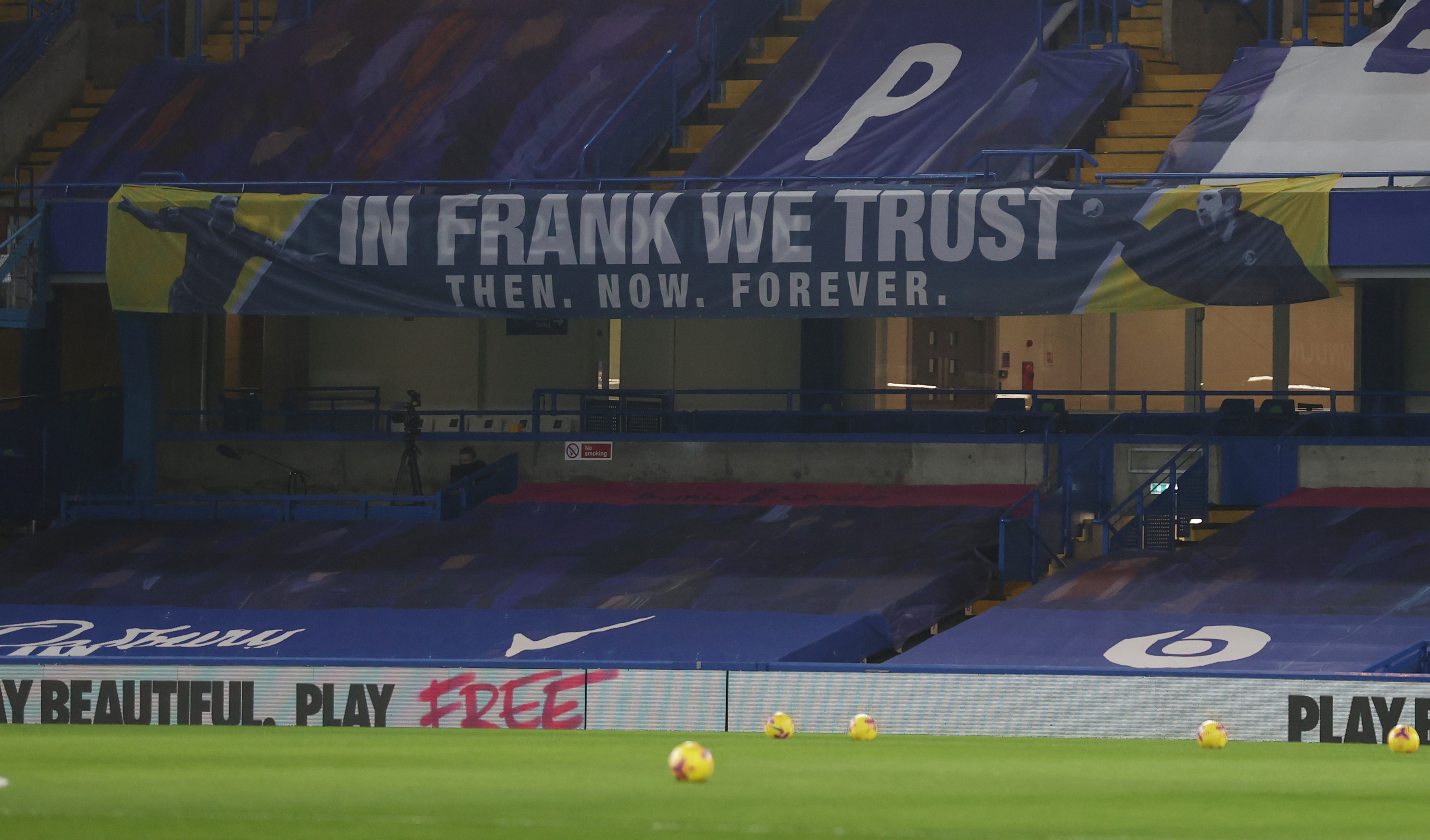 Wolves saw little of the ball but Ruben Neves was narrowly off-target with a free-kick and Leander Dendoncker sent a free header just over from a Pedro Neto centre.

The Blues registered 94 per cent possession during the final five minutes of the first half.

And Chelsea’s 466 passes were the most registered by any time in 45 minutes of Premier League football this season – and yet Wolves keeper Patricio could have had a big Havana on throughout it, with just one routine save from a Rudiger header.

After Tuchel’s first half-time team talk, Hudson-Odoi immediately burst into the Wolves area – but then we were back into a familiar routine of pass-pass-pass-pass out with boredom.

On the hour, Chelsea finally engineered a clear sight at goal – Havertz cutting back for Ben Chilwell who blazed over when he ought to have tested Patricio.

Chelsea were improving, Havertz becoming more influential but it was Wolves who carved out the best chance of the match on 70 minutes.

Neto exchanged passes with Daniel Podence and scooped a shot over Edouard Mendy and on to the roof of the net.

Tuchel left it until 75 minutes to make his first substitutions – Tammy Abraham on for Giroud and Christian Pulisic replacing Chilwell in a positive move.

Mateo Kovacic curled a shot narrowly wide and Patricio was finally forced into a fine save five minutes from time when Hudson-Odoi cut inside and drilled in a shot which took an awkward deflection.

Mount made a late arrival and soon brightened Chelsea’s prospects but Wolves clung on, solid and dogged.