CHELSEA have launched a £50million bid for West Ham star Declan Rice, according to reports.

The Blues have been linked with a move for their former academy ace, 21, all season.

And now Sky Sports are claiming Chelsea have made their opening bid for the England defensive midfielder.

The report states Frank Lampard has made Rice a "priority" target.

However, it's also claimed Lampard wants Rice to fill the void in defence – rather than his preferred defensive midfield role.

Chelsea, of course, already have N'Golo Kante and Jorginho in that position.

"The Chelsea board wants Declan Rice." 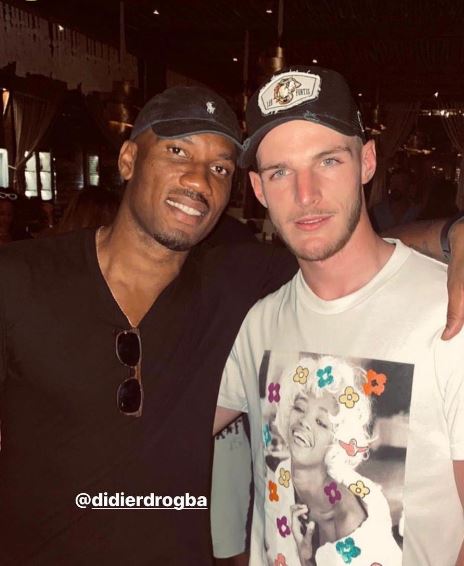 Earlier this week, Chelsea fans were left convinced Rice would join them after the West Ham star was pictured with "Agent Drogba".

The Hammers ace has been enjoying a well-deserved holiday with best mate – and Blues star – Mason Mount in Mykonos, Greece.

Fans went wild after Rice bumped into Stamford Bridge legend Didier Drogba while on his travels.

Some supporters are convinced the meeting was planned to push through his move to Chelsea.

Rice shared a snap of himself alongside Drogba with his 265,000 followers on Instagram.

Chelsea star Mount also posted a picture with the legendary striker to his social media page.

However, it's believed the Blues may need to up their offer to £70m if they are to land Rice.

08/11/2020 Sport Comments Off on Chelsea launch £50million bid for West Ham star Declan Rice – with the England ace Frank Lampard's 'No1 transfer target'
Recent Posts
We and our partners use cookies on this site to improve our service, perform analytics, personalize advertising, measure advertising performance, and remember website preferences.Ok