CHELSEA fans joked Antonio Rudiger ‘should have been booked’ after the German fired a 45-yard shot into Stamford Bridge’s second tier today.

The centre-back was in fine form as Chelsea beat Aston Villa 3-0 in west London. 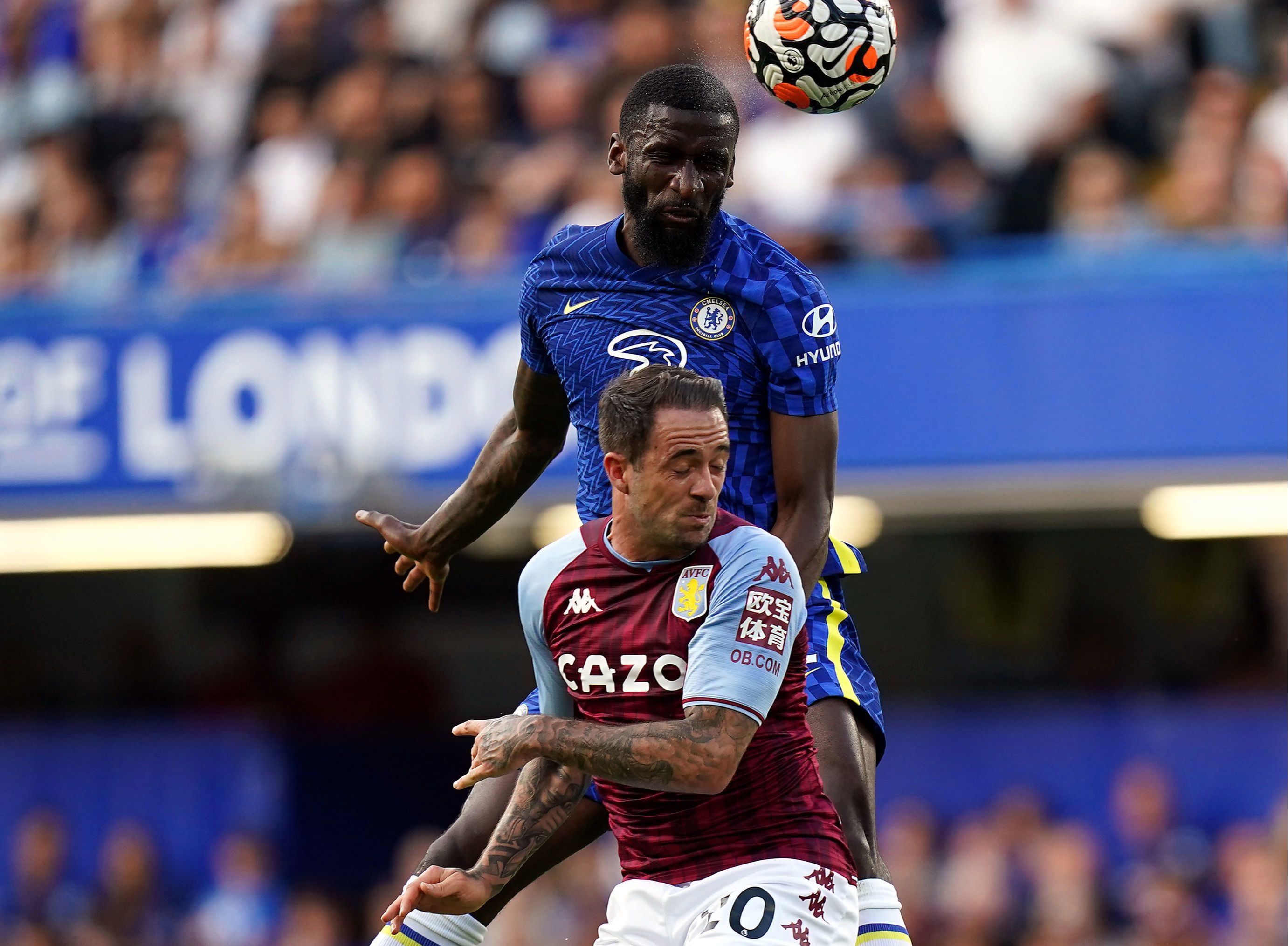 Romelu Lukaku scored twice on his return to the Bridge.

And Mateo Kovacic was also on the score sheet after he bagged a rare goal.

But Rudiger could have also basked in the limelight had an effort in the final moments of the first half sailed in.

The ball fell to the German just inside Villa’s half.

And Chelsea players further ahead started to position themselves for another attacking phase of play.

However, Rudiger had different ideas.

The defender rolled the ball out from under his foot before looking and smashing an effort towards the Villa goal despite being 45 yards out.

Unsurprisingly, the ball did not go anyway near Jed Steer.

Instead, it sailed upwards until it had missed not just Villa’s goal but the stand directly behind the net.

Indeed, the ball eventually made its way to the second tier of the Shed.

And teammates including Lukaku couldn’t help but hold out their arms in disappointed after seeing the attacking move come to an abrupt end.

Chelsea fans quickly took to Twitter joking about Rudiger’s effort, with some praising and others criticising it.

One joker quipped: “Rudiger should have been booked for that effort.”

One wrote: Rudiger’s shot is now at the Emirates, meaning Arsenal have two goals this season.”

Another noted: “Rudiger trying not to make eye contact with Tuchel after that.”

One added: “That was the most Rudiger shot I’ve ever seen in my life.”