FRANK LAMPARD is leading the race to replace Juventus-bound Maurizio Sarri at Chelsea – but faces competition from a number of top managers.

The Blues legend is the bookies' favourite ahead of the likes of ex-Juve boss Max Allegri and two-time Stamford Bridge chief Jose Mourinho. 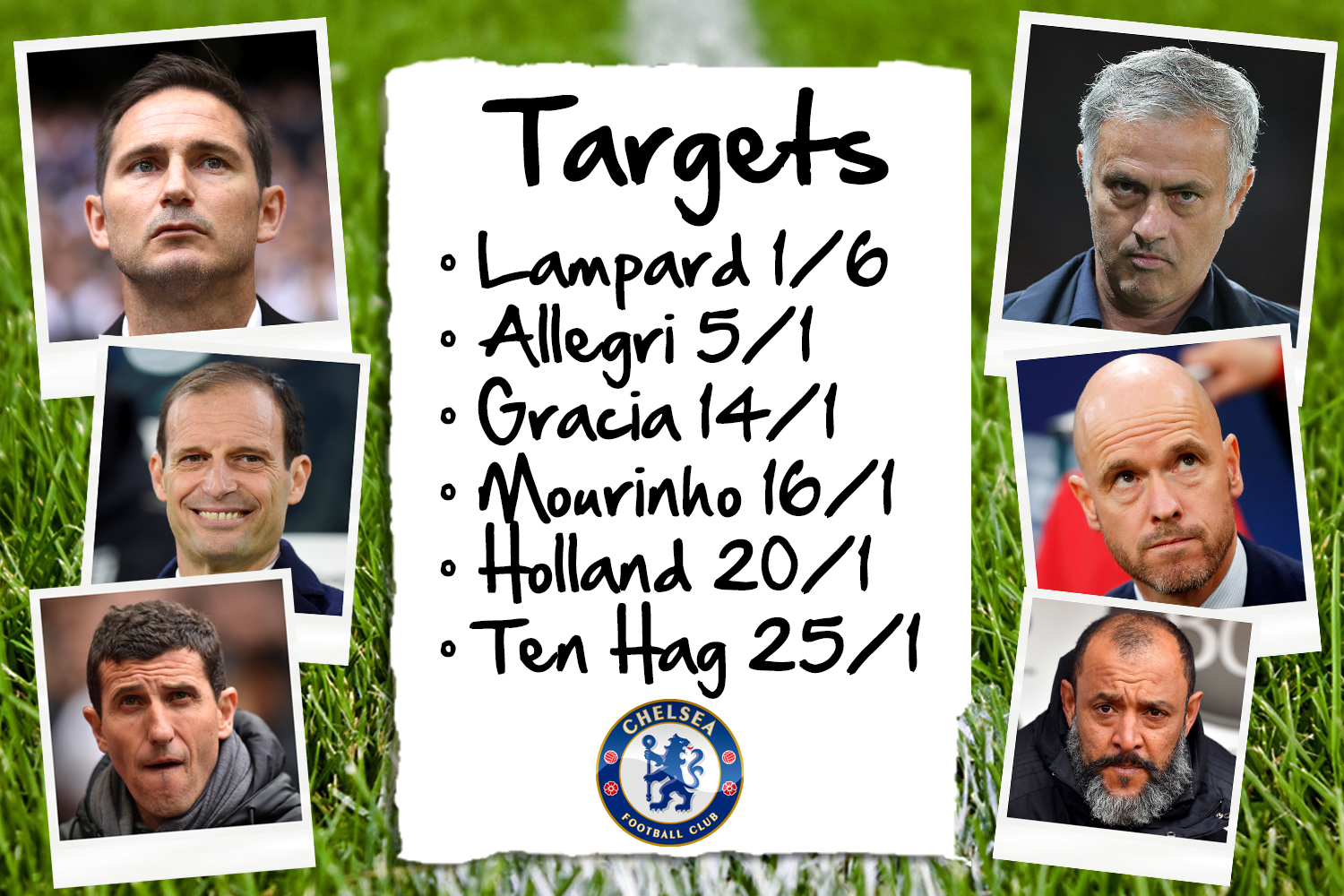 Chelsea will demand a top-four finish from their new manager – even with their transfer ban and loss of star man Eden Hazard.

Here, SunSport looks at the six bosses the Blues could turn to next season.

FANS and players alike are desperate for their record goalscorer to replace Sarri this summer.

Having taken over at Derby just over 12 months ago, Chelsea chiefs are concerned the 40-year-old is not experienced enough for the job.

But an impressive debut season in the Championship – which ended in play-off final heartache to Aston Villa – has proved his credentials.

And Lamps has got the best out of Chelsea loanees Mason Mount and Fikayo Tomori at Derby.

Rams owner Mel Morris insists Lampard's future lies at Chelsea – but he does not want to lose him just yet. 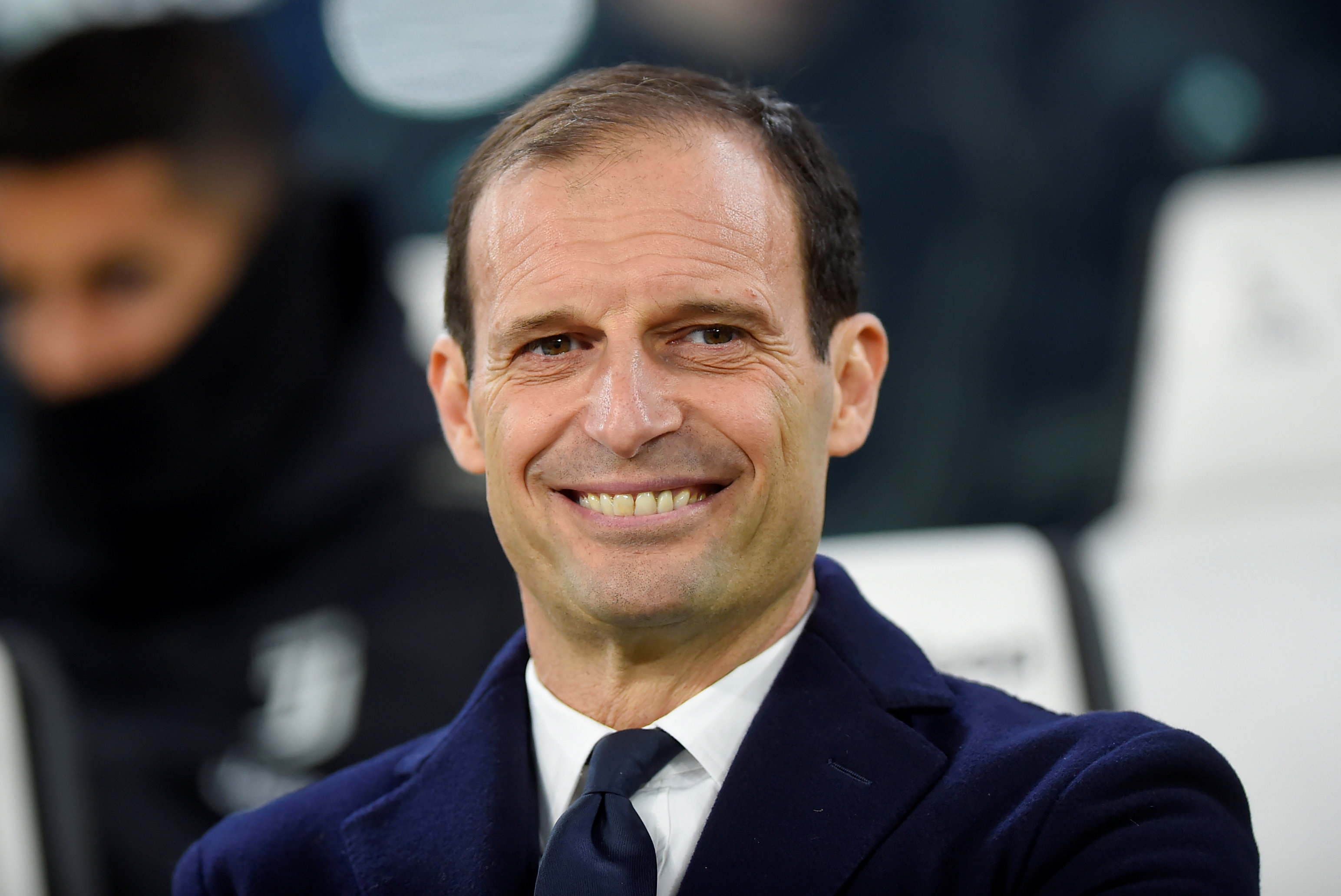 ITALIAN was sacked by Juventus last month after five years in charge.

The 51-year-old has spent his entire 16-year managerial career in Italy, bossing AC Milan and Cagliari before Juve.

He is already preparing himself for a Premier League move by learning English and would jump at the chance to manage the Blues after speaking to close pal and former boss Antonio Conte about life in the capital.

TOOK Watford to the FA Cup final last season where they were thrashed by a rampant Manchester City.

But that result does not take away from an impressive campaign in which the Hornets finished 11th.

Spaniard Gracia, 49, has enjoyed spells in charge of ten clubs before Watford including Malaga and Rubin Kazan most recently.

Hornets are confident he will be their head coach next season. 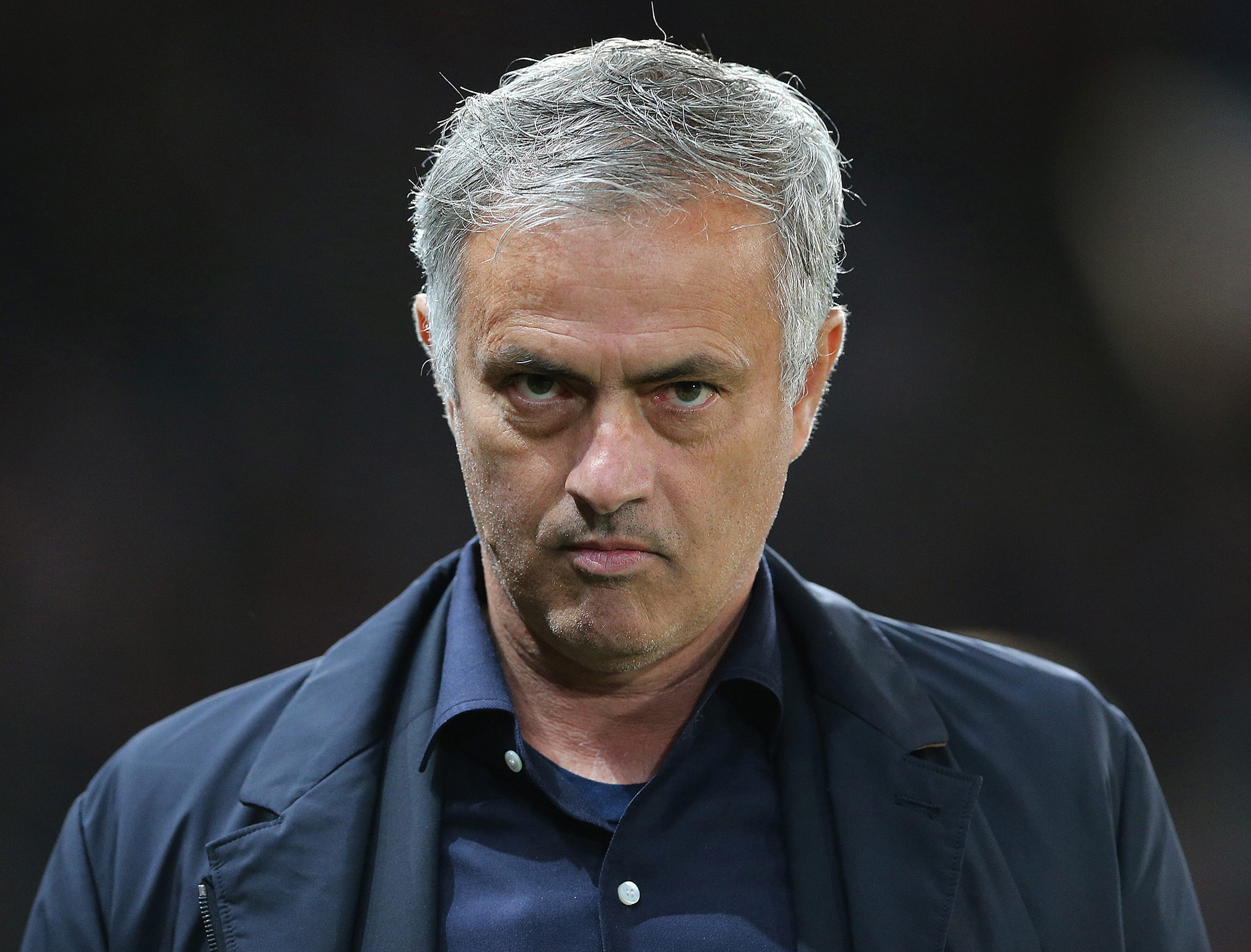 THE SPECIAL ONE is amazingly open to a THIRD stint in charge of Chelsea.

The Portuguese, linked with a shock move to Newcastle if they are taken over, won three Premier League titles, three League Cups and the FA Cup during two spells and five years at Chelsea.

Mourinho was axed for a second time in 2015 after a disastrous start to his title defence.

An ugly row with then-club doctor Eva Carneiro over her decision to treat Hazard during a 2-2 draw with Swansea created a toxic atmosphere before he was given the chop. 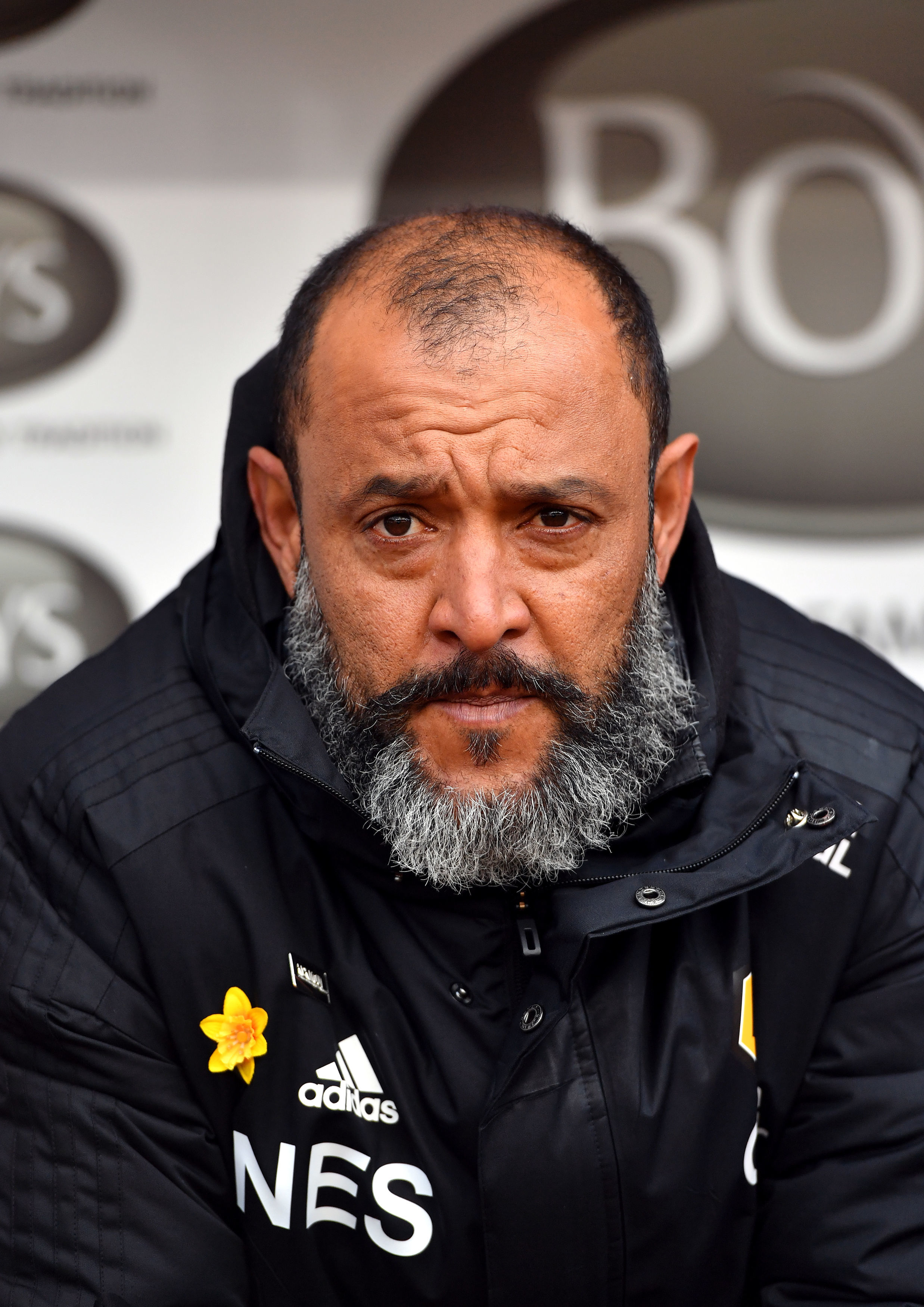 SUNSPORT revealed in March Chelsea were lining up a move for Wolves' manager.

Nuno has done an exceptional job leading the club to a seventh-place finish just one year after winning promotion from the Championship.

But the 45-year-old has spent well over £100million in two seasons to get Wolves into Europe.

He would have to make do with Chelsea's squad as it is if he were to take over as the Blues have been slapped with a two-window transfer ban.

Nuno began his managerial career with Portuguese club Rio Ave in 2012 before stints at Valencia and Porto.

The Dutchman, 49, has been linked with both Chelsea and Barcelona after winning the Eredivisie and reaching the European semi-finals, where they were knocked out by Tottenham.

Ten Hag gained experience abroad in Germany with Bayern Munich II between 2013 and 2015 before returning to Holland with Utrecht.

He took over Ajax two years ago and transformed the Dutch club into one of the most fearsome teams on the planet, built around outstanding young stars.

But the Blues may have a tough job snatching him from Amsterdam after he admitted he has no plans to leave any time soon.