Last year’s Arkle heroine Put The Kettle On beat the boys again in the Betway Queen Mother Champion Chase at the Cheltenham Festival.

A surprise winner at the Festival 12 months ago, Henry de Bromhead’s mare had stretched her unbeaten record at the track to three on her first start of the current campaign in November.

But despite her excellent record in the Cotswolds, she looked to have her work cut out on her return, having proved no match for Chacun Pour Soi at Leopardstown over Christmas.

Put The Kettle On was in front for much of the contest, but looked booked for minor honours after 8-13 favourite Chacun Pour Soi hit the front approaching the final fence.

However, Aidan Coleman’s mount fought back on the run-in – devouring the hill once again to get up and score by half a length, becoming the first mare to win the two-mile showpiece.

Coleman said: “I jumped off to get a good start and wasn’t really sure where I’d sit as this was her biggest test, and I didn’t know if she’d be quick enough to be bang there.

“She was very good over the first three or four fences, and after I’d jumped four I was fairly confident that I’d stay there until at least turning in and then what will be will be. I had the partner with the attitude and ability. It’s fantastic.

“I don’t know what is about Cheltenham with her as this is the only place I’ve ridden her. As long as she can come here a couple of times a year and do the business we’re happy enough!

“If I could bottle what she has I wouldn’t have to ride again – I’d sell it, and be a rich man.”

He added: “These championship races – the Champion Hurdle, the Champion Chase, the Stayers’ Hurdle and the Gold Cup – are the races you grow up watching.

“When you ride something that loves it and wants to win as much as this, it’s just a pleasure. It brings you back to your roots and why you wanted to get into the game – and that’s the love of the animal.” 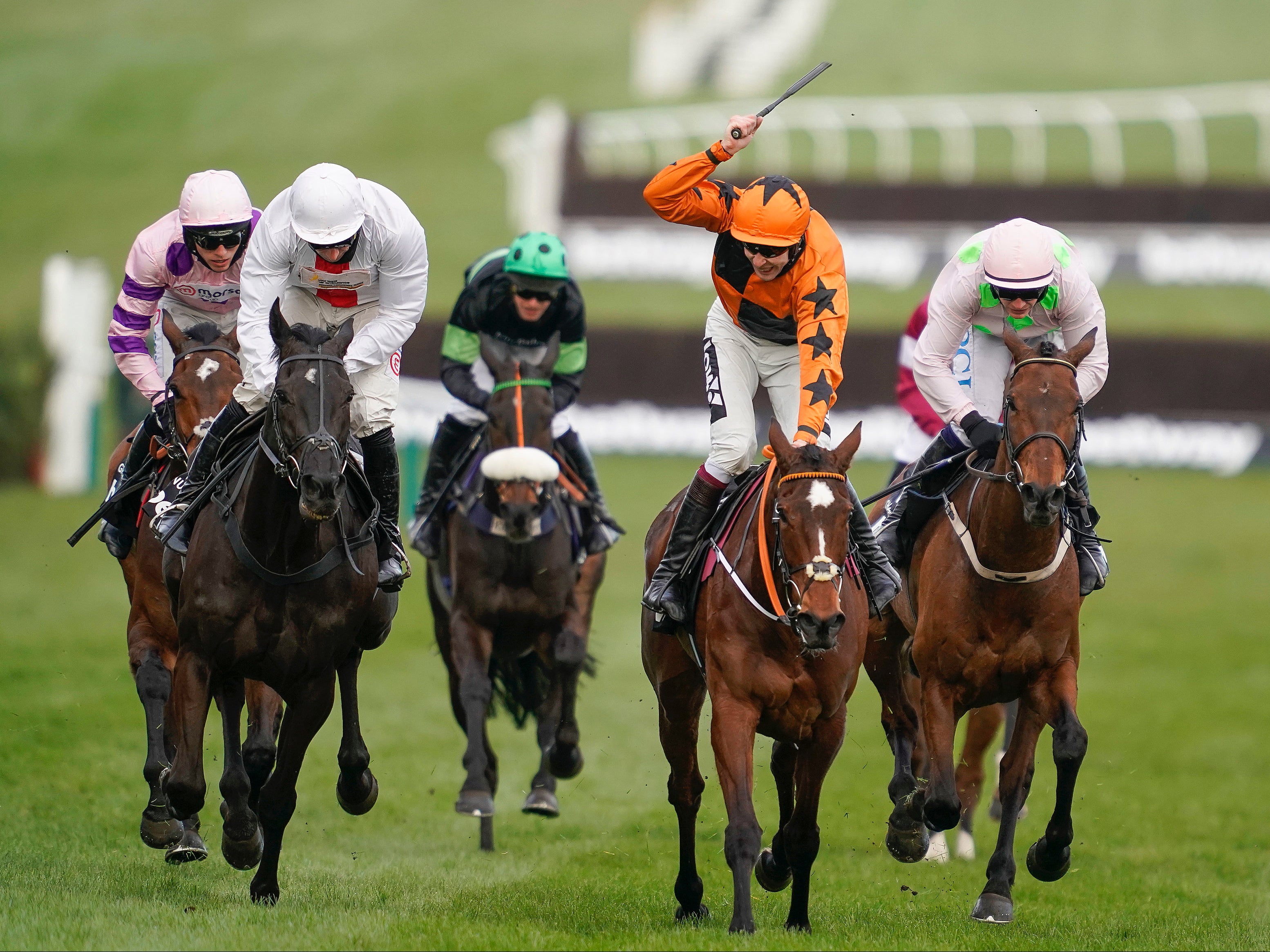 De Bromhead was winning the race for the third time, after Sizing Europe in 2011 and Special Tiara in 2017.

The Waterford trainer said: “She’s an incredible mare, I’m delighted for the owners, it’s just brilliant, the stuff you dream about. She’s so tough and Aidan was brilliant on her. He really asked her at the last three and that probably won him the race.

“I don’t know what it is about this place. A couple of weeks ago she just wasn’t herself, but we freshened her up as much as we could and she seemed much better. When she arrived her she was what we expected. She’s a bit mad actually.

“I have to congratulate everyone at home, but especially Andrea who looks after her and puts up with her antics every day, it’s special for her. She’s quite wild at home, she’s a great character.

“Mid-February I was probably leaning towards running in the Mares’ Chase, but we all discussed it and I looked at the stats for the previous year’s Arkle winner in this and they are ridiculous so we said we’d give it a lash and see.

Skelton said of runner-up Nube Negra: “It’s gutting to be placed again, but nothing went wrong, apart from standing on his heel at the back of the last, which cost us a tiny bit. He’s travelled round super, jumped brilliantly and came up the hill, which was never in doubt.”

His rider Harry Skelton added: “He ran an unbelievable race. The winner was great, and she’s a top-class mare, but we are very proud of our horse.

“He jumped really well, travelled all of the way, and finished his race off. He just lost his footing after the last, but that didn’t cost us anything really. He’s still young and so hopefully he’s got a lot in front of him. He’s proved he’s top-class, if anyone had any doubts.”

Mullins said of Chacun Pour Soi, said: “I’m a little disappointed, I just thought he ran a little bit flat. It’s as simple as that.”

Jockey Paul Townend added: “It’s disappointing. We had every chance jumping the second last and we just weren’t good enough on the run in.”