CHUNKZ is raring to go for England at Soccer Aid after losing a huge amount of weight over the past year. 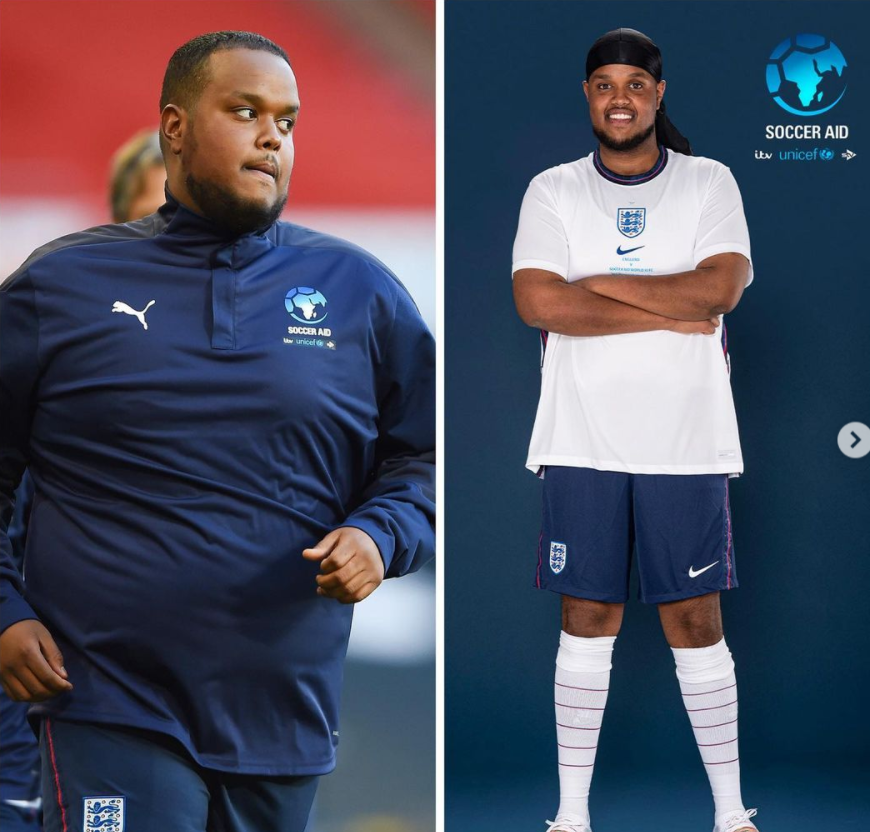 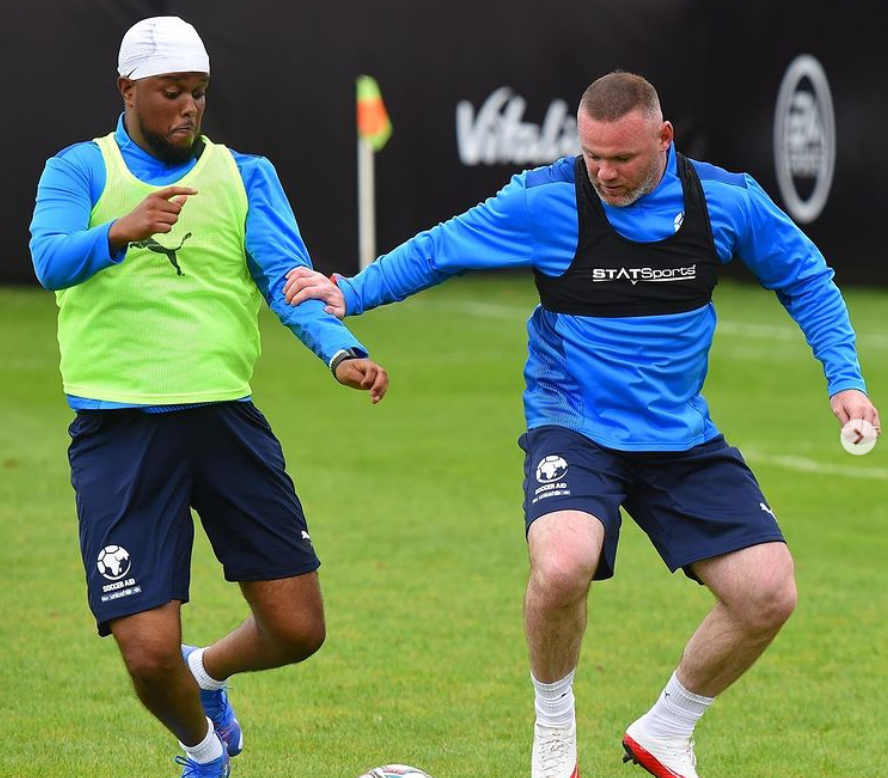 He now looks trim and in shape to take on the World XI, posting an Instagram snap of himself in action alongside Wayne Rooney in training.

Chunkz may also feel a desire for revenge after missing the decisive spot-kick in England's penalty shoot-out defeat last year.

His close friend Yung Filly took the bragging rights as he scored England's only goal of the game.

Chunkz posted a side by side of how he looked at Soccer Aid 2020 compared to now, and commented on his weight loss journey.

He wrote on Instagram: "2020/2021 Soccer Aid comparison, 25kg difference, much fitter, and ready for redemption. Come on England."

Fellow Youtuber Yung Filly replied: "So proud of you bro, you're inspiring a lot of people!!! Will be der supporting."

It is a big turnaround for Chunkz, who was fat-shamed by ITV commentator Clive Tyldesley during last year's Soccer Aid.

Tyldesley made frequent remarks about Chunkz's size, stating he was so big you could "take guided tours around him".

The Youtube star was said to be very upset in the changing rooms after the match and Tyldesley was dropped from commentating on Soccer Aid.