CONOR MCGREGOR has continued his Twitter tirade at Daniel Cormier by branding the UFC commentator a 'fat drunk'. 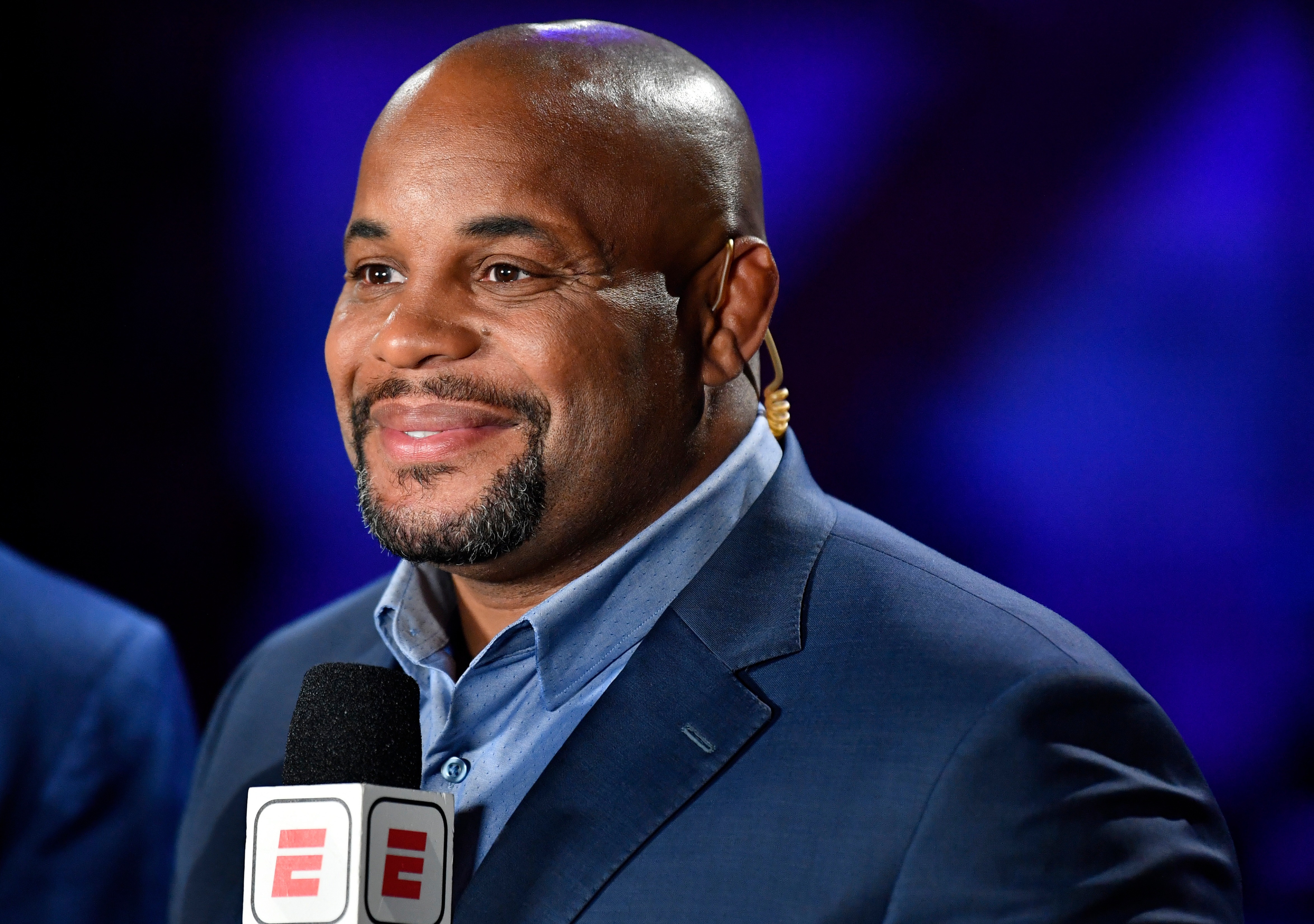 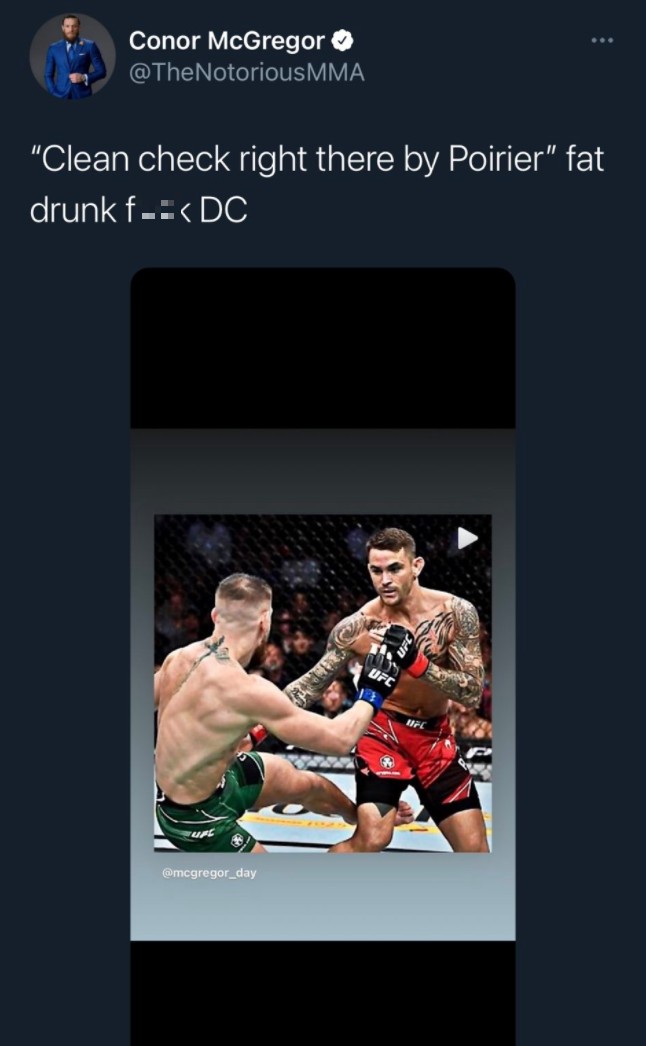 Cormier dubbed the hastily-deleted tweet 'a cry' for help', an assessment that prompted McGregor to tweet a photo of the former light-heavy and heavyweight champ during last week's UFC 265 broadcast.

The accompanying caption read: "A cry for help if ever I seen one."

Alongside a picture of himself landing a leg kick on Dustin Poirier, McGregor wrote: "'Clean check right there by Poirier' fat drunk f**k Cormier."

McGregor, 33, is currently on the sidelines recovering from the broken leg he suffered in his UFC 264 trilogy fight with Poirier.

The UFC's first simultaneous two-weight world champion is currently recovering in Los Angeles and has vowed to be stronger than ever when he returns to the octagon.

The doctor said it will be nine months before he starts training again, we're looking at it as a year

Ireland's first UFC champion is expected to be on the sidelines for at least a year but has been forecast to return to full training next April.

During an appearance on The Pat McAfee Show, UFC president Dana White said: "As far as I'm concerned, Conor is out for a year.

"The doctor said it will be nine months before he starts training again, we're looking at it as a year.

"I'm not even thinking about it."

McGregor, 22-6, claims he went into his Las Vegas shootout with Poirier with 'multiple stress fractures' in his leg.

In a six-minute-long Instagram video, he said: "The leg is better than ever.

"I was injured going into the fight. People are asking me, ‘When was the leg broke?

"At what point did the leg break?’ Ask Dana White, ask the UFC, ask Dr. Davidson, the head doctor of the UFC.

"They knew, I had stress fractures in my leg going into that cage.

“There was debate about pulling the thing out because I was sparring without shin pads and I would kick the knee a few times.

"So I had multiple stress fractures in the shin bone above the ankle and then I have trouble with the ankle anyway throughout the years of f***ing fighting all the time."