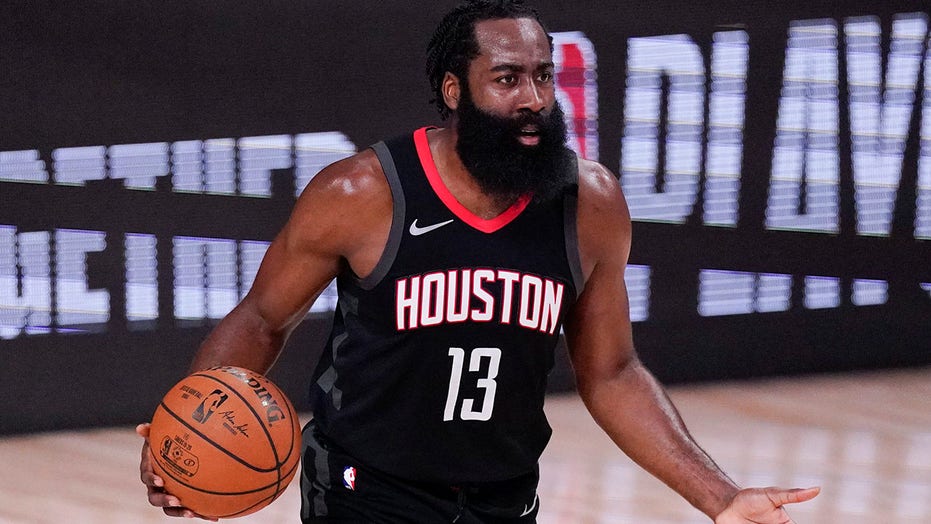 The NBA put out a statement after it made the decision to move the game to another day.

"The National Basketball Association game scheduled for tonight between the Oklahoma City Thunder and the Houston Rockets at Toyota Center has been postponed in accordance with the league’s Health and Safety Protocols," the league said. "Three Houston Rockets players have returned tests that were either positive or inconclusive for coronavirus under the NBA’s testing program. Following the contact tracing protocol, four other players are quarantined at this time."

James Harden is unavailable because of a violation of the Health and Safety Protocols, according to the the league. The other Rockets players were tested again, and they all returned negative results.

Houston has one other player who is cannot play because he is injured. injury. So, the Rockets the eight players required by the league-required to proceed with Wednesday night’s game.

SPORTS TEAMS THAT HOISTED CHAMPIONSHIPS IN 2020

The Rockets and the NBA are reviewing a video of Harden, who was reportedly partying maskless at a club. They will collectively come out with a plan as to whether or not he violated the league’s COVID-19 protocols, according to ESPN.

Harden reportedly tested negative for COVID-19 on Monday, Tuesday and Wednesday, ESPN reported. The league’s COVID-19 protocols state that players should not go to bars, lounges or clubs. And they shouldn’t be involved in social gatherings of more than 15 people.

IN MEMORIAM: ATHLETES AND IMPORTANT SPORTS FIGURES WHO DIED IN 2020

ESPN reported that Harden has been in contact with NBA investigators, and he believes that he was in compliance with NBA health and safety protocols. Harden and other witnesses at the event have told the NBA that he was at a dinner for a friend who was promoted at work, according to ESPN.

Harden put out a statement on Instagram saying, "every day it's something different" and the event was not at a strip club.

"One thing after another. I went to show love to my homegirl at her event (not a strip club) because she is becoming a boss and putting her people in position of success and now it's a problem," Harden wrote. "Every day it's something different. No matter how many times people try to drag my name under you can't. The real always end on top."

12/24/2020 Sport Comments Off on Coronavirus forces NBA to postpone Rockets-Thunder season-opener
Recent Posts
We and our partners use cookies on this site to improve our service, perform analytics, personalize advertising, measure advertising performance, and remember website preferences.Ok