Henry Ruggs, a wide receiver who was recently let go by the NFL’s Las Vegas Raiders following his alleged involvement in a deadly auto crash, is not the only player linked to the team who is dealing with repercussions of alleged actions as a driver.

Cornerback Damon Arnette is facing a lawsuit claiming he was involved in a hit-and-run crash in Nevada a little more than a year ago, according to reports. 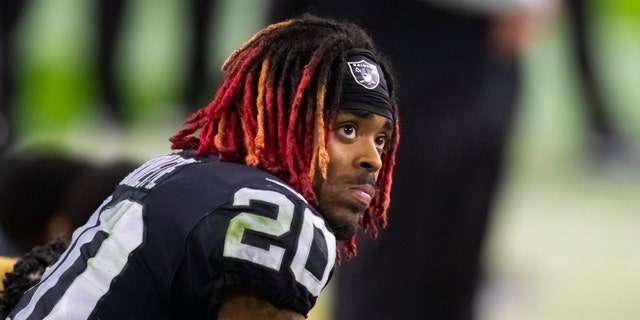 The crash occurred after Arnette made a hard turn at a high speed, resulting in the crash, the lawsuit claims. The pro cornerback then “illegally left the scene of the crash,” the court papers allege.

The filing also alleges that a friend of Arnette’s later claimed to have been behind the wheel.

Richard Schonfeld, a lawyer representing Arnette, disputed the claims, noting his client told TMZ he was looking forward to addressing the allegations in court, the newspaper reported.

Arnette pleaded guilty in Henderson to failure to stop at a crash scene and improper lane change, both misdemeanors, and paid $1,140 in fines, according to the newspaper.

The woman, identified by the Review-Journal as Yaneth Coromoto Casique, suffered multiple injuries and accumulated more than $92,000 in medical bills.

The lawsuit is seeking compensation for those bills plus $15,000 in general damages as well as legal fees, lost income and damage to property, FOX 5 reported.

The lawsuit, filed in Clark County (Nevada) District Court, also names the Raiders as a defendant, the Review-Journal reported.

Arnette is also involved in a separate legal matter: A valet worker at the Aria Hotel & Casino in Las Vegas claims in a June filing that Arnette berated him, spat on him and poked him in the chest after the employee, hours after he refused to retrieve Arnette’s vehicle because the NFL player did not have a valet receipt.

Schonfeld told the Review-Journal he filed a counter-claim, arguing that the lawsuit was frivolous.

The valet employee is seeking $500,000, according to the report.

Arnette’s former teammate, Ruggs, was released from the Raiders after allegedly driving drunk at more than 150 mph and crashing his vehicle into an SUV, killing a 23-year-old woman.

Ruggs has since been freed from jail, awaiting further legal action, after posting bond, surrendering his passport and being ordered not to use alcohol or drugs, the Review-Journal reported.