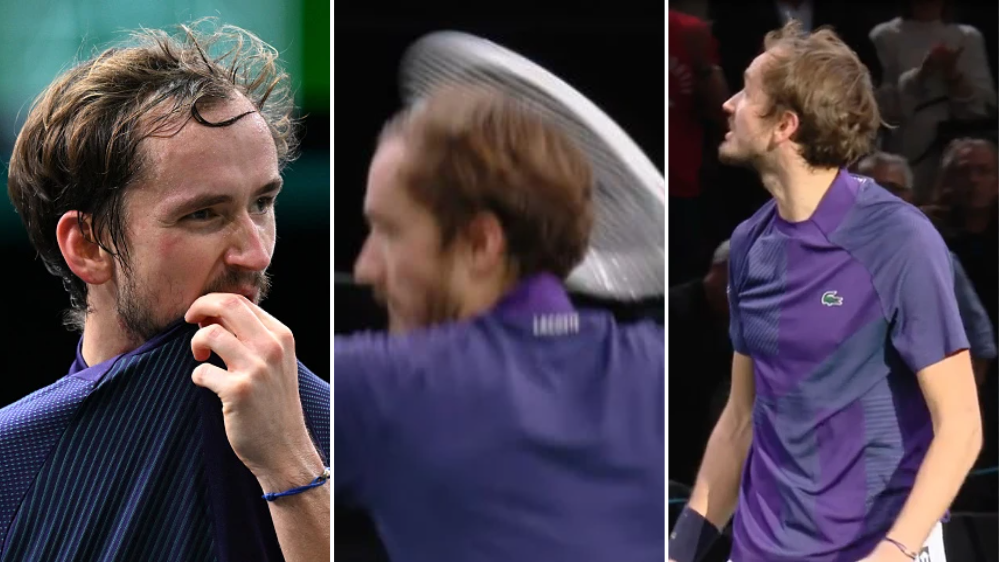 Daniil Medvedev smashed his tennis racket in an on-court tantrum after defeat in his opening match to Alex de Minaur at the 2022 Paris Masters.

The Russian world No.3 was not happy after losing out to the Australian world No.25 at the indoor hard-court event, with De Minaur winning 6-4 6-2 7-5, and was booed by the crowd after smashing his racket and shouting towards them.

Medvedev won the tournament in 2020 and also reached last year’s final, which he lost to Novak Djokovic.

‘At the end my attitude was not good enough,’ Medvedev said after the match. ‘I can admit it.

‘But in my opinion, [the umpire] didn’t make a good match. I like Nacho [Forcadell], and I like him as an umpire. I’m talking only about today.’

One user posted on Twitter about the incident: ‘Meddy’s a very smart cool guy. But such a child.’

Another added: ‘I agree – poor sportsmanship to throw a tennis racket [because] he lost the match.’

‘It was an absolute battle and I’m very happy I was able to come out on top.’