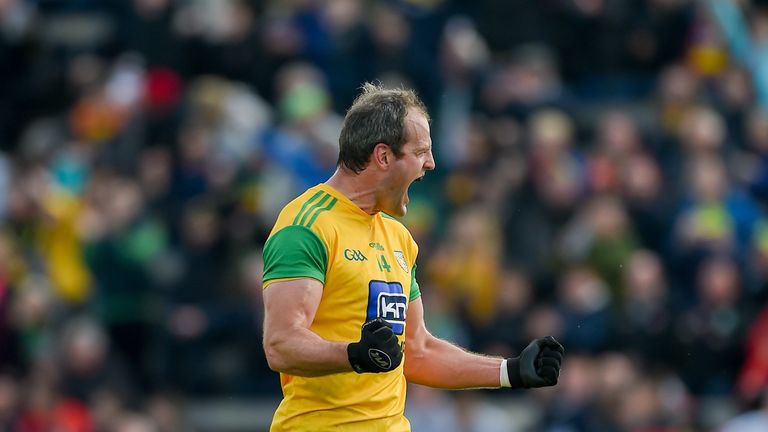 Donegal are up and running in the Super 8s, after seeing off a second-half Meath comeback to win 2-19 to 1-13.

In truth, the nine-point winning margin doesn’t reflect Meath’s competitiveness for long periods, but much like Dublin on Saturday night, Donegal finished with a flourish to kill off their opponents.

It was the third time Meath and Donegal faced off this season, with Tír Chonaill enjoying two wins over the Leinster side during the National League.

However, as the race for All-Ireland semi-final spots intensifies, this triumph will be the most pleasing for the lot for Declan Bonner, as they’re off to a perfect start in the Super 8s. 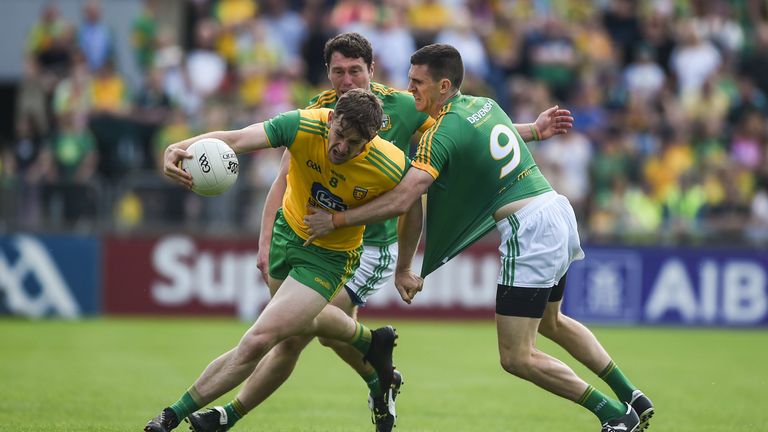 It was a rip-roaring contest in the opening exchanges. Cillian O’Sullivan gave the Royals an early lead, but Donegal hit back through some lethal attacks. The firepower of Jamie Brennan, Paddy McBrearty and Michael Murphy was clear, as all three contributed on the scoreboard and Donegal built up a 0-6 to 0-5 lead.

Meath were constantly responding positively to Donegal scores, despite being under pressure on their own kick-outs.

Eventually, Donegal’s pressure told. In the 27th minute, McBrearty beat his man to a long ball on the left wing, turned to run in on goal and buried it into the net.

MacCumhaill Park erupted, and there was a hope amongst the home support that it would help kill off the Royal challenge.

However, Andy McEntee’s charges battled admirably to the break, with a late score from Bryan McMahon reducing the deficit to four points. 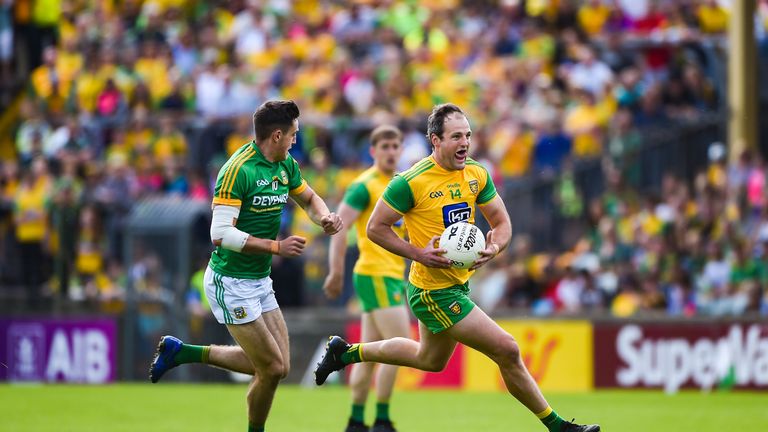 Meath were fired up for the second half, and were going for the jugular in the early stages. James Conlon and Gavin McCoy had goal chances, before they eventually found a breakthrough. Donal Keogan made a storming run through the middle, and was dragged down in the Donegal area and Conor Lane awarded a penalty.

Mickey Newman stood up and buried it, for his fourth goal of the summer. Meath tagged on further scores, and Darragh Campion’s 55th minute point gave them the lead for the first time since the opening minutes of the match.

However, from there Donegal moved up a gear. McBrearty started kicking some eye-catching scores, and a Michael Murphy 45′ put the contest beyond the visitors.