Durant snapped at Green for not getting him the ball for a game-winning shot. Green fired back at Durant, cursing him out and saying that Durant was going to leave the Warriors in free agency this summer. Green told Durant the team didn’t need him.

The Warriors suspended Green for one game, and an awkwardness lingered over the team for several days, as the rest of the NBA wondered if the fallout would be ugly enough for the Warriors to break up the team.

Read more: We’re learning more about what Draymond Green told Kevin Durant during their blow-up, and now teams are circling the Warriors to see what happens next

In aninterview with ESPN’s Rachel Nichols, Green opened up about altercation, explaining how he refused to apologize to Durant the next day.

“Because, A. It’s not the time for that … That’s ridiculous. First off, you need to let time do its job. And when the time is right, I’ll feel that and it’ll be genuine. But what I wasn’t going to do is I wasn’t going to go to Kevin and say I’m sorry because everybody wanted me to. No, it’s going to genuinely happen and when it genuinely happened, everything will correct itself. But if we force it, it won’t correct itself.” 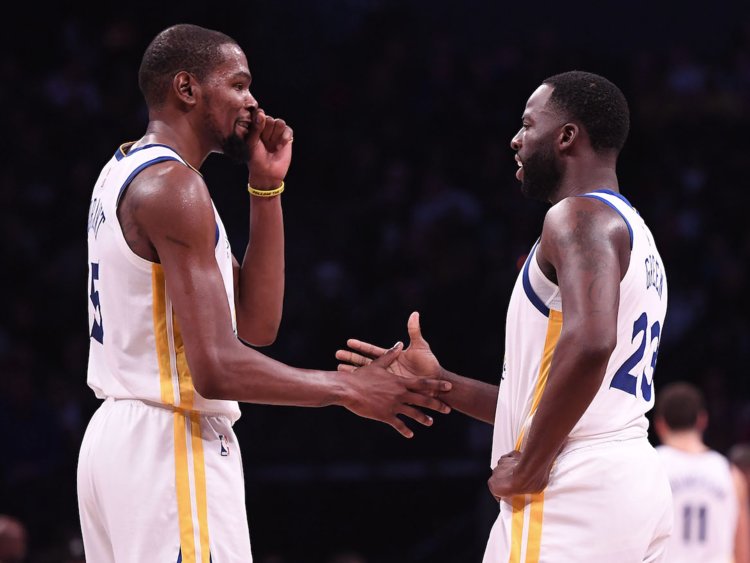 Matteo Marchi/Getty ImagesGreen eventually spoke to Durant and told him he shouldn’t have reacted that way and that he let his emotions get the best of him. That’s when Durant gave Green feedback that Green said helped him grow as a person.

“He said, ‘Well, first off, everybody keeps saying Draymond’s emotional and that’s just Draymond.’ He said, ‘As your brother, I’m not giving you that out. I’m not giving you that excuse to use because I’ve seen you in every situation and I’ve seen how you handled yourself … And that’s an excuse that everybody’s allowed you to have and I’m not allowing you to use that excuse anymore.'”

Green said Durant’s response was “big” for his own growth. He said because Durant’s opinion matters to him, it registered differently and forced him to look at it from a different perspective.

Several Warriors said that in the aftermath of the event, Stephen Curry played a large role in smoothing things over. Though he wasn’t present for the altercation because of an injury, he reportedly met in private with both Green and Durant and was a vocal, light-hearted presence afterward.

Of course, rumors have persisted throughout the season that Durant may leave in free agency. Green said Durant helped quell the “noise” by reminding Green and the team that he was with them every day, working just as hard.

Read more: The 2019 NBA free agent class is stacked and has the potential to alter the league — here are the best players available

While Green hasn’t gotten the type of commitment from Durant that he was looking for when the altercation occurred, Green said he realized it was better to focus on this season and not worry about the future.