That is the view of a leading doctor in Spain – which suggests the former Chelsea playmaker's career could be in doubt. 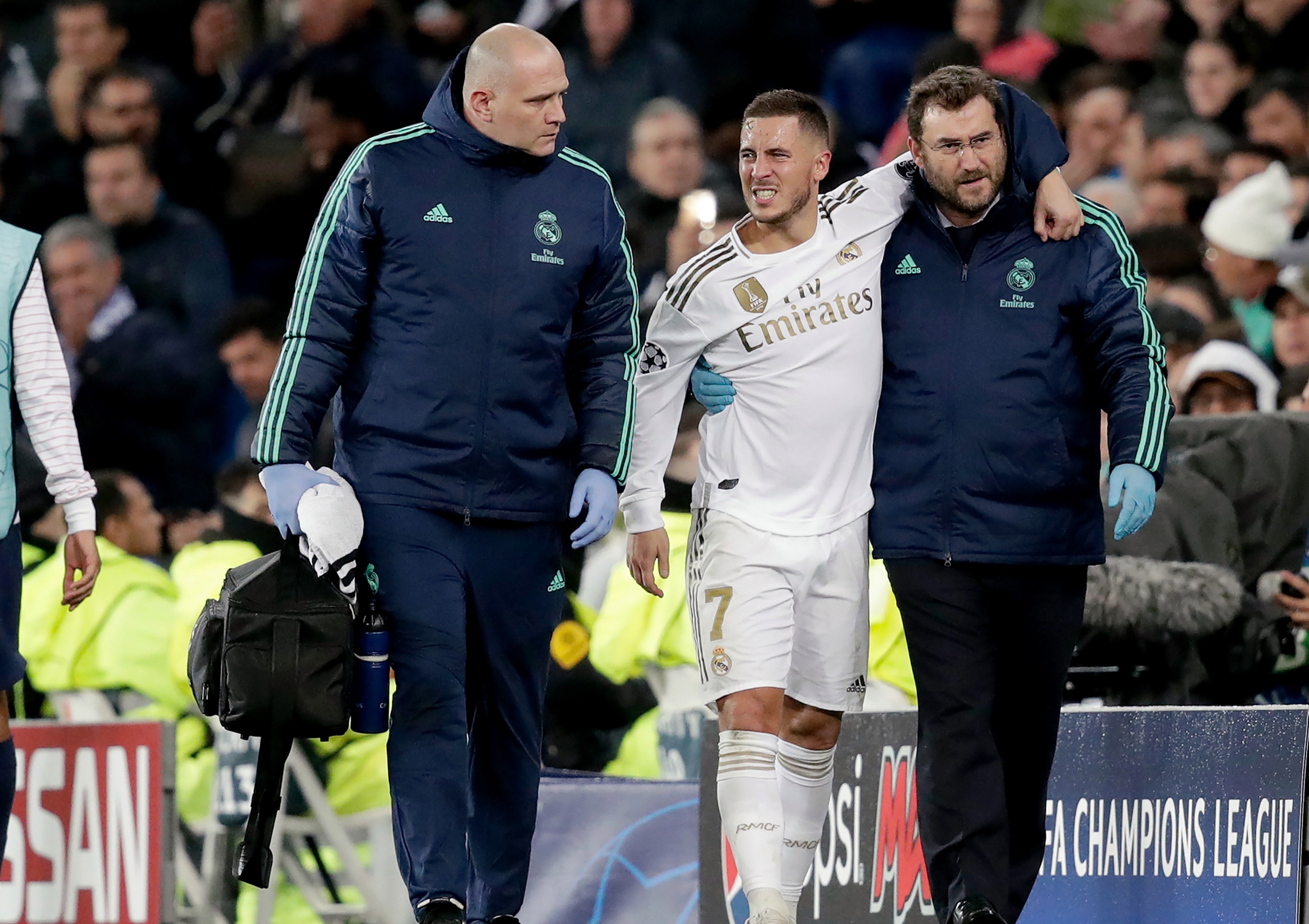 Hazard reportedly wants another ankle operation as he bids to end his injury nightmare at Real.

But Dr Jose Gonzalez, who works for Atletico Madrid, has warned this could result in the end of the Belgian's career.

Gonzalez told Ondacero: "Hazard has to train with the team for up to 10 training sessions. In my experience it is difficult for him to return to playing at his level with Real Madrid this season.

"If a player returns after a long injury without having hardly trained, the most normal thing is that he is injured again.

"He has anxiety, he wants to show that he is worth and wants to give 100% and he is not there for that."

Real want Hazard to postpone surgery but Belgium reportedly want him to have it immediately in the hope of the forward being back for this summer's rescheduled Euro 2020.

Hazard has travelled to London for a second opinion on his ankle injury as he decides whether to have another operation.

It has been a miserable time for star in Spain since moving from Chelsea in 2019.

The 30-year-old has been dogged by persistent problems with his left ankle and been unable to reproduce the brilliance he delivered at Stamford Bridge.

Hazard has been restricted to just 14 appearances this season and the playmaker has failed to provide a single assist.