They go to prison for rape, for assaulting their partners, for avoiding tax, they shoot people in cold blood, they support harsh regimes, they fail drug tests, they believe in religious extremes and still we find a way to forgive our boxing idols.

And then there is Edwin Valero, the fighter we can never forgive. Or forget. Valero was 28 when he died, he was unbeaten in 27 fights with 27 savage knockouts or stoppages and he was a world champion at lightweight. Valero’s first 18 fights had finished in the first round, nobody had taken him more than ten rounds and in Venezuela he was an old-fashioned hero – the type of public hero who is given a chance again and again by the people.

In the ring he had won world titles at two weights, was ready to move up, move back down and do just about anything to get big fights. He had a promotional deal with Bob Arum, the world’s most influential promoter. He was a fight or two away from being the sport’s top attraction. But, he was a psychopath and this is his grim story.

In early 2010 Arum had the fights ready, Valero was going to cross over from phantom to star. Nobody really knows how good he could have been, nobody knows what boxing history he could have made and changed before the end. He could have fought Manny Pacquiao, Floyd Mayweather, Vasyl Lomachenko, Terrence Crawford and retired in 2015 at just 33. Trust me, anything was possible in Valero’s fighting life.

In Venezuela, Valero lived a dangerous life; he was given the National Hero award by his friend, President Hugo Chavez, he would drink until he was stupid and come out the other side with pounds of pure cocaine. He would drive drunk, carrying unlicensed firearms and he would treat people to everything they could drink, eat and stuff up their noses. He would then train, travel to Mexico, Japan or America and knock out out a man in a world title fight. And then repeat. He was on a run of eight consecutive world title fights in four years of losing his mind, four years stuck in a cloud of adoration that blurs every single line of decency. Not to mention humanity. 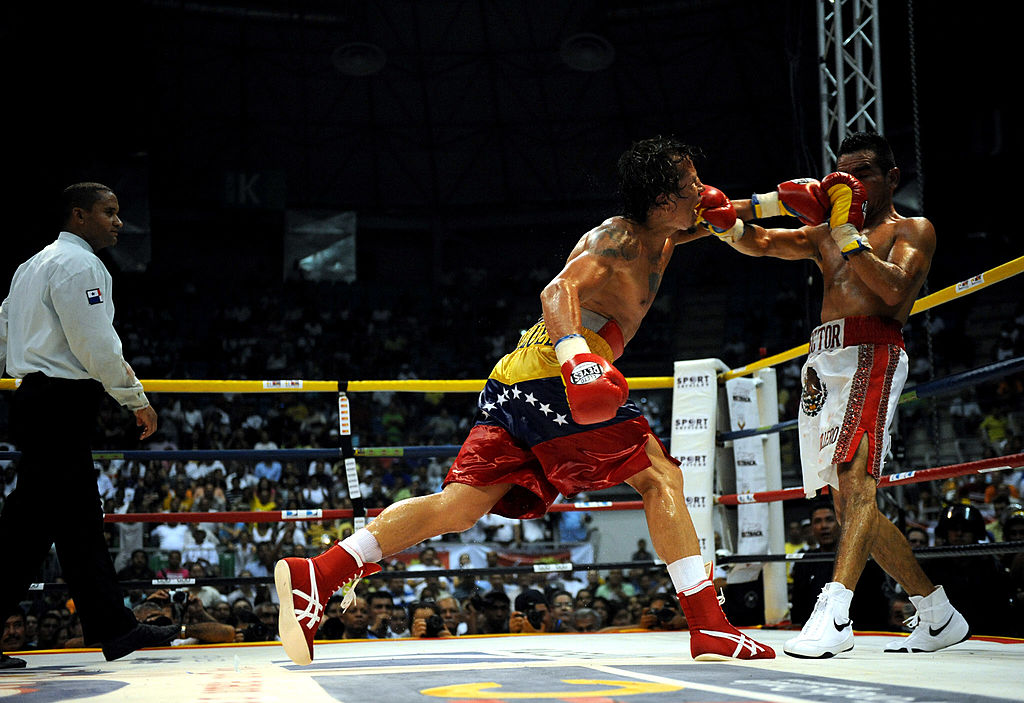 The paranoia came with the cocaine. He feared a conspiracy to kill him, he knew men were watching him, he told his friend, Chavez, of his dreams of death.

He would race away from imaginary cars chasing him through the streets of Caracas. He had other hallucinations and medicated with five-day benders. The people he trusted turned away in his hours and days of real need – they knew he would be back in the gym when a fight was made.

I guess, that was all that mattered. “We all looked away,” admitted Jose Castillo, his manager. There is a book about his life, out now, called Berserk by Don Stradley. It’s a diary of his descent.

In March of 2010, six weeks after his latest defence, it begins to go horribly and violently wrong. His wife, Jennifer, was admitted to hospital with two fractured ribs, a deep bite on her back, damage to her thorax and lung damage consistent with being hit. It was not the first time. On the way to the hospital, Valero stops the car and vanishes for five days. It was not the first time. 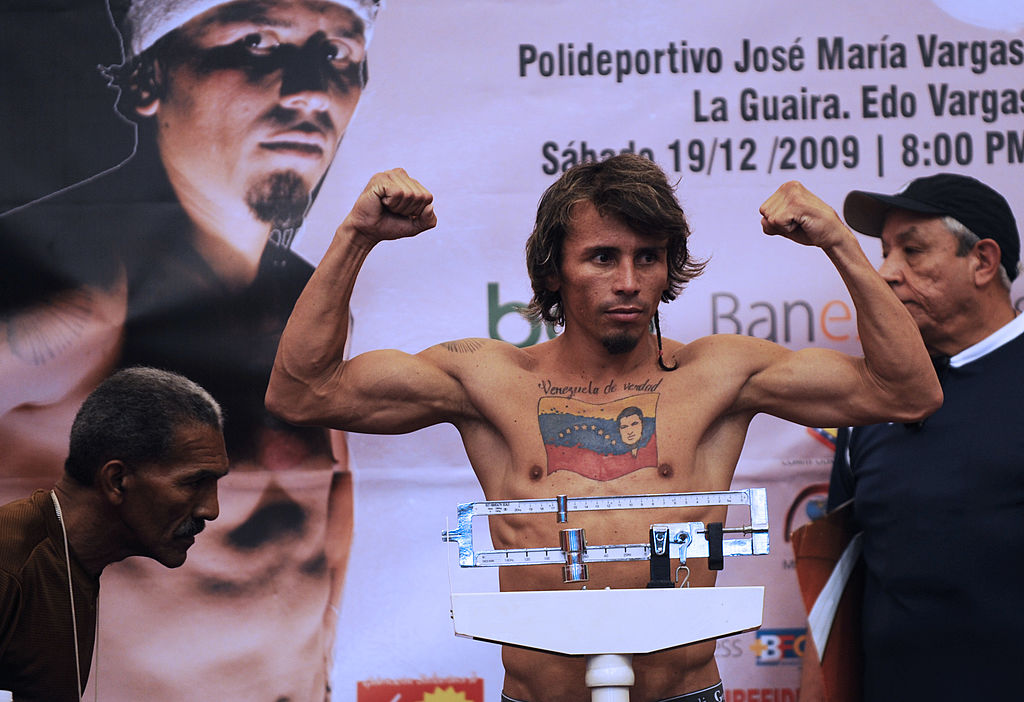 Valero does finally appear at the hospital, causes a scene, is taken by the police and tested; he is over the alcohol limit and full of cocaine. He admits to crack, ecstasy and heroin. He is given a six-month sentence in rehab, but spends only three days and is released on 7 April. Meanwhile, Jennifer insists that she fell down stairs and had a fight with a woman, who was trying to rob her. They are soon reunited, arm-in-arm like two lovers.

After his release there is an immediate plan in government to get Valero to Cuba for treatment. Chavez pulls strings, it will happen, the national hero will be saved and clean. Valero has a tattoo of Chavez on his chest. The tale gets even wilder here; on the way to the airport to fly to Havana and salvation something goes wrong. Valero either overpowers the guards and flees or just escapes after a crash. He possibly simply bribed them. It makes no real difference, he is now on the run.

He somehow hires a car, stashes away a bundle of cash and a mad load of cocaine (50 grams) and goes to get Jennifer. He needs his partner to end the madness. He persuades her to go with him and she packs a case. It is 17 April. 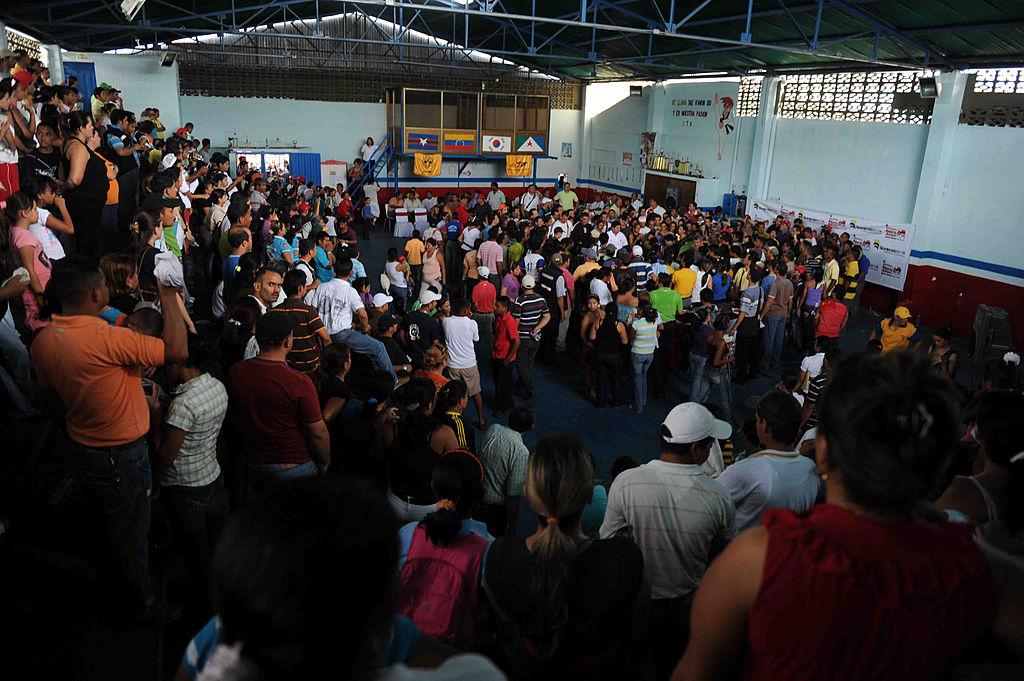 Late that night – it was 11:39pm to be precise – Edwin and Jennifer check in to the Hotel Intercontinental. First, Valero has to have the room searched for bugs and to look for the men chasing him. He actually looked under the bed.

At 5:30am the next day, Valero appears in the hotel lobby. One report says he is disorientated and shoeless, another has him in shoes and more composed. In both versions he utters the same words: “I killed her.”

The police arrive, go to the room and she is dead. He has cut her throat. He goes peacefully to the station, but claims the men following him had killed her. He is placed in a cell, placed on suicide watch. The other inmates scream for him to end it all. He did, he was found at 1:30am on the 19th.

Chavez blamed the media: “It was the vultures,” he said. Some blamed a bike crash in 2001 for his altered mind. There were very complex tales about drug debt. All very colourful, but it makes no difference, he was dead, she was dead and pictures of her very public execution were soon released.

In many ways it was a double public execution, but we try not to mourn him.

09/22/2020 Sport Comments Off on Edwin Valero, the fighter we can never forgive. Or forget
Recent Posts