ARSENAL star Emile Smith Rowe has declared he would love to sign a lifetime contract as he aims to spend his whole career at the Emirates.

The 21-year-old was handed the iconic No10 shirt in the summer after penning a five-year deal in North London. 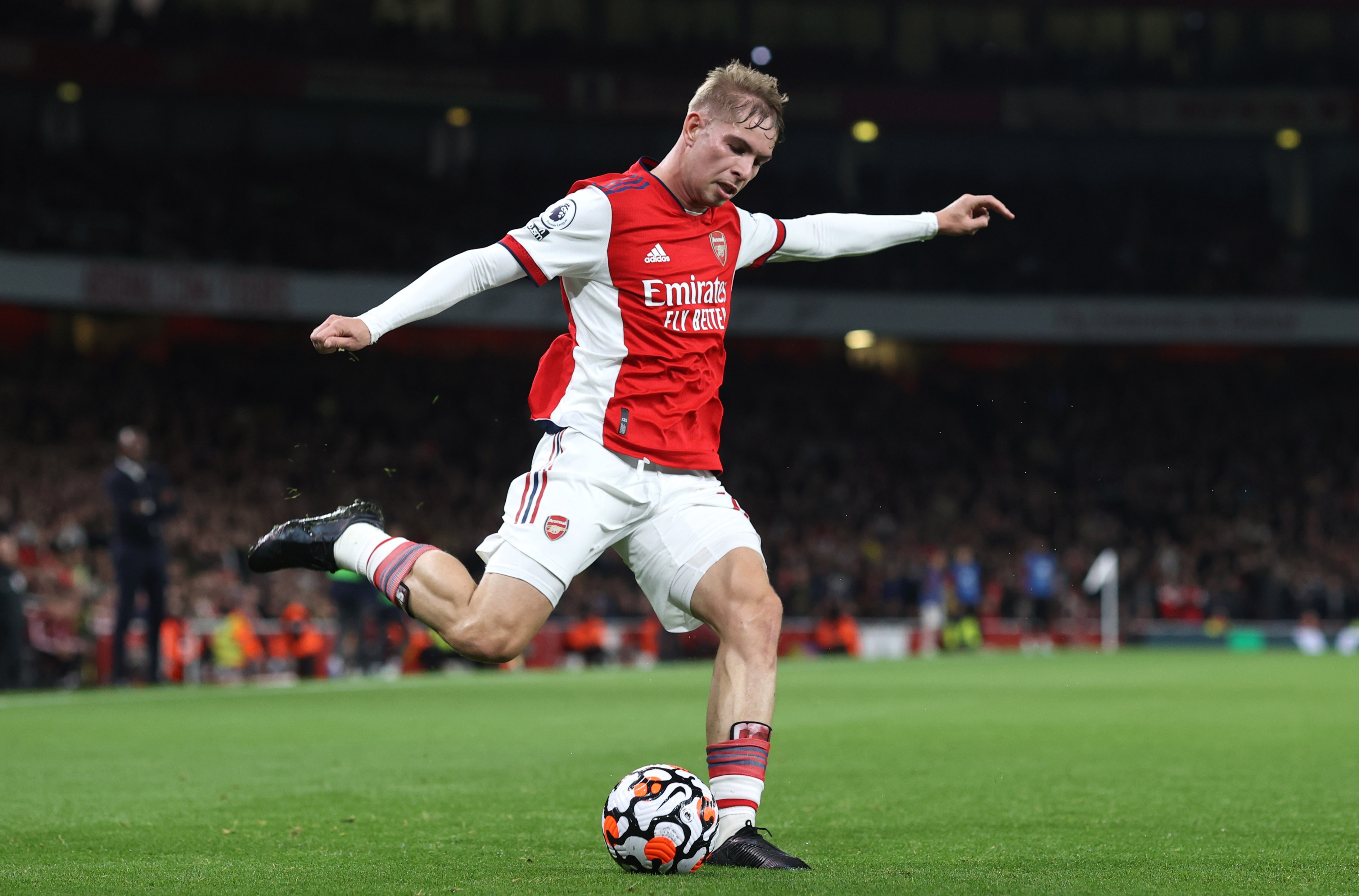 But if the academy graduate had it his way, the contract would last for the entirety of his playing days.

Smith Rowe has been at the club since 2010, with the attacking midfielder making his debut under Unai Emery in September 2018 against Vorskla Poltava in the Europa League.

After loan spells at RB Leipzig and Huddersfield, the England youth international became a key first-team player last campaign, where he featured in 33 matches.

And he has appeared in all eight Premier League games this term under Mikel Arteta – chipping in with a goal and an assist.

In an interview with the Standard, Smith Rowe was asked whether he could see himself being a one-club man.

To which he said: "I hope so, I definitely hope so. If Arsenal want me for the rest of my career, then I am going to stay here forever.

"It is always difficult [to stay at one club for your career], but for me personally I’d love to be here forever.

“For me it was easy [to sign a new contract with Arsenal]. Obviously it didn’t look like that from the outside, it looked quite difficult.

“For me, playing for Arsenal, growing up an Arsenal fan and my family around me, it was easy. Growing up in London, I didn’t want to move out of London. It was probably one of the easiest decisions I’ve made."

Commenting on what his dreams for the future are, he remarked: "Hopefully some trophies. I think that’s what it is about really, creating the memories.

“Definitely [winning] the Premier League would be great with Arsenal. Representing my country is definitely a dream as well, no matter what game.

“Just putting on the shirt is going to be something I want to achieve in my career. I just want to be the best I can be. Hopefully I can look back and be proud of myself.”

Smith Rowe is set to feature against Aston Villa at the Emirates on Friday night.

And he could have been starting for the Villans this campaign after the Midlands outfit had two bids rejected for his services in the summer.

Boss Arteta has declared he was never fearful of Smith Rowe departing, as he spoke of his delight at working with the Hale End star.