RUGBY star Ollie Lawrence scored a try with his bum on show during England's international against USA.

The inside centre had his shorts ripped off by an American as he ran over the line, leaving viewers in stitches at the comical incident. 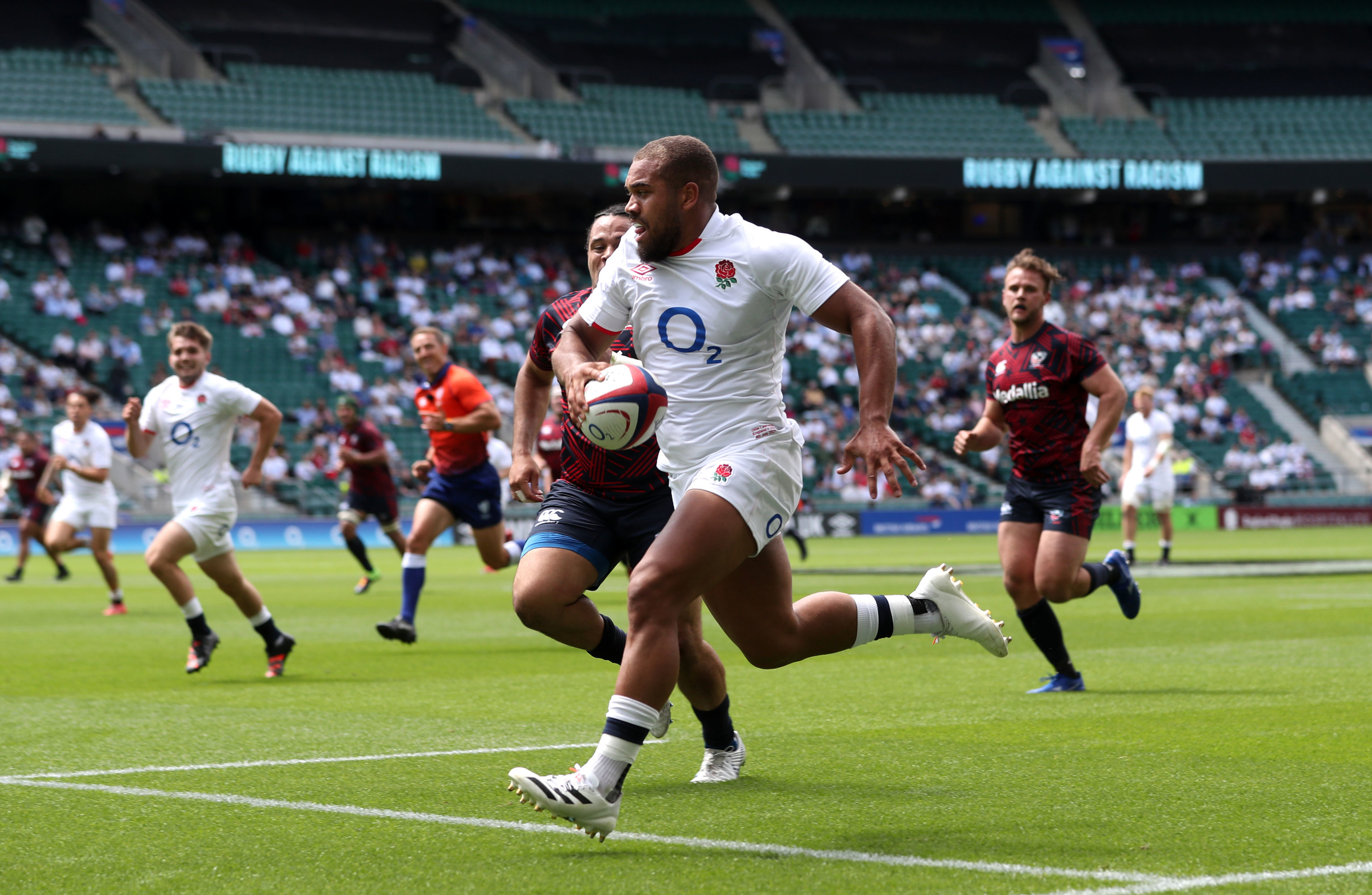 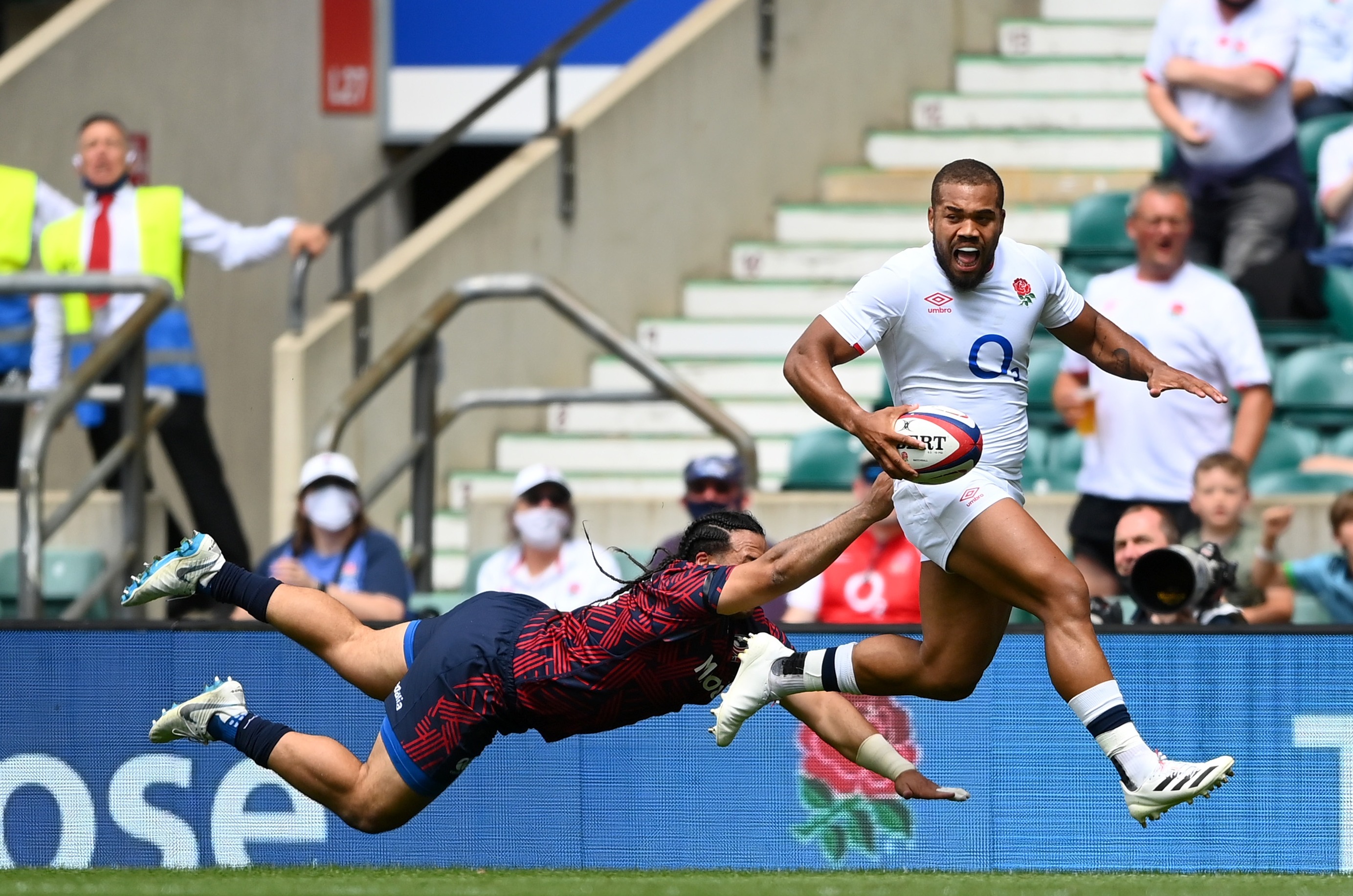 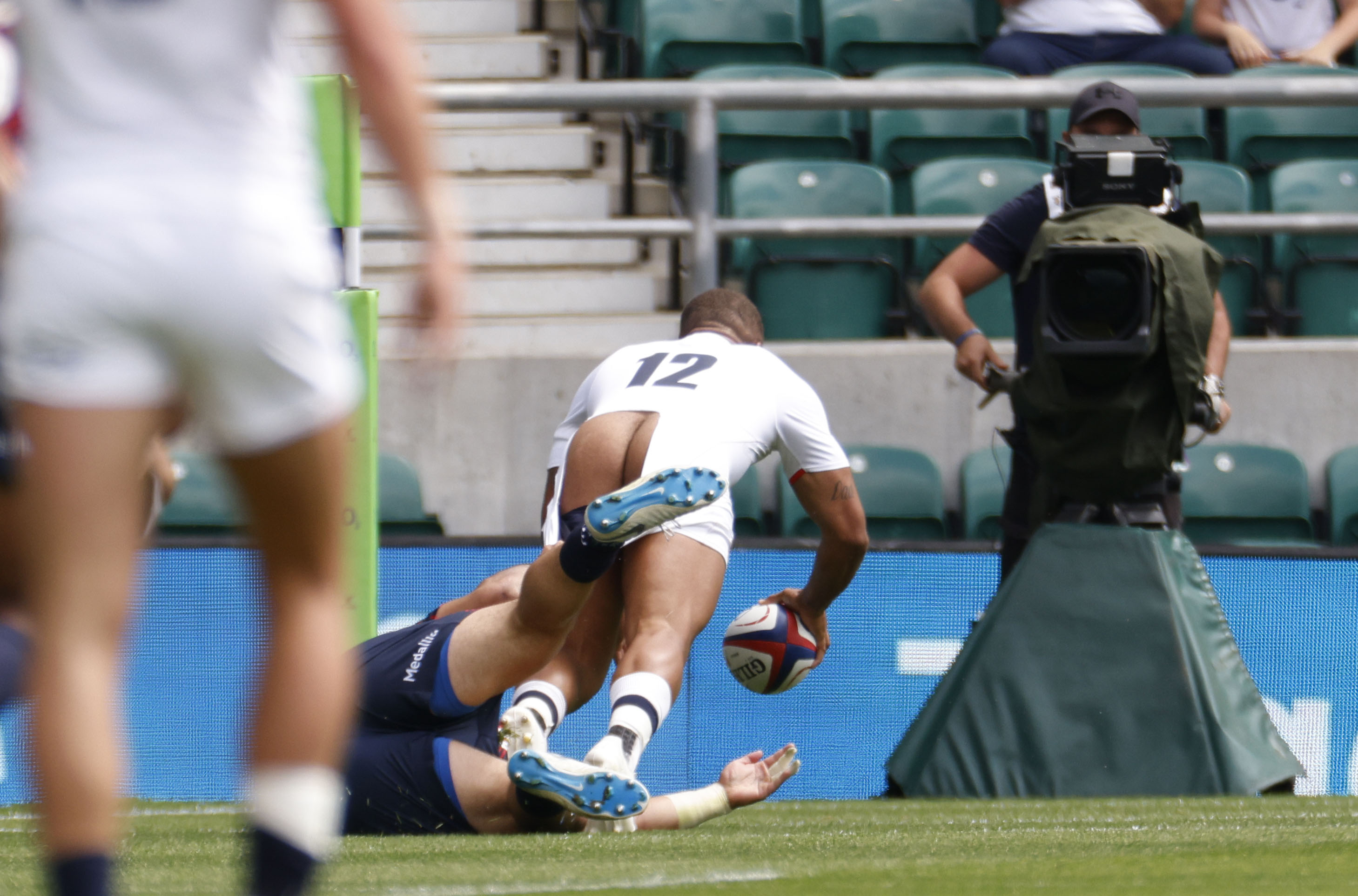 After Leicester youngster Freddie Steward handed him the ball, Lawrence stormed forward in a bid to score a try.

The 21-year-old was unstoppable as he powered towards the line – and winger Mike Te'o was forced to take drastic action.

The American leaped forward and grabbed Lawrence's shorts, with the Worcester star dragging him along the turf as he finished the move.

By the time the Worcester star reached the line, his shorts and underwear had torn and his bum was on show for 10,000 in Twickenham to see.

Lawrence got up laughing and tapped his opponent on the head to acknowledge his comical efforts.

The England star was later forced to leave the field after nasty clash of heads with American No13 Marcel Brache.

Viewers on Twitter found Lawrence's full moon hilarious, with many responding to England Rugby's Tweet of the try with peach emojis.

One fan wrote: "I think there were extras from Ollie Lawrence too."

While another tweeted: "Ollie Lawrence is going to be the butt of a few jokes for that try."

A penalty from fly-half Luke Carty got the US on the board before No2 Jamason Fa'anana-Schultz scored a second-half try.